Skip to main content
The case of Creole families in the Mining Triangle: a heritage and cultural look at the Afro-descendant people 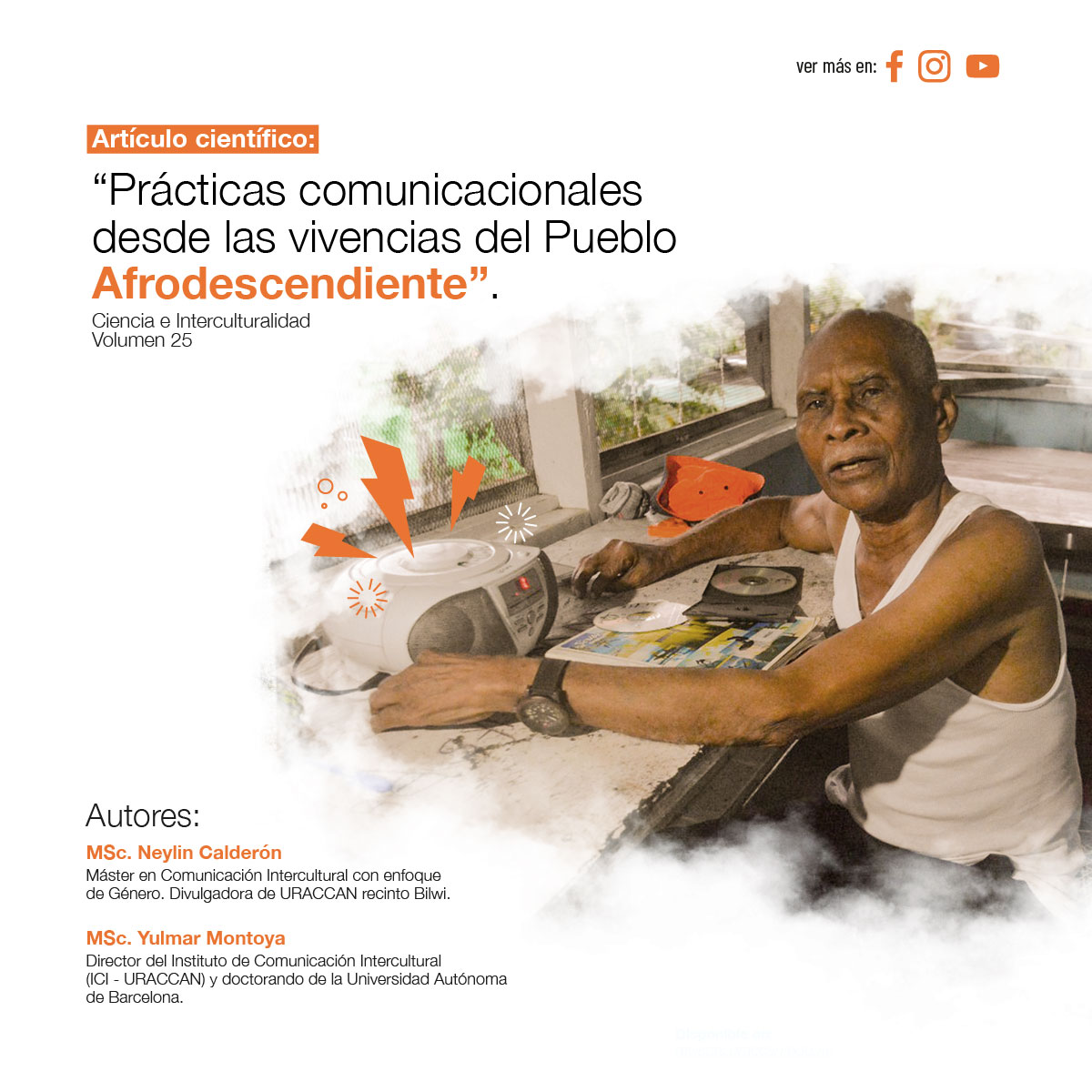 This article, as well as all the fruits that emerged from this research, are available on URACCAN's enclosures, extensions and website.

An intercultural adventure that puts in horizontal dialogue the scientific rigorousness with the art of storytelling.

Neylin Calderón and Yulmar Montoya's research on Creole families living in the Mining Triangle is, in addition to an in-depth CCRISAC study, an intercultural adventure that puts scientific governence with the art of storytelling in horizontal dialogue.

During an investigative process CCRISAC (Breeding and Cultivation of Wisdoms and Knowledge) all the elements have something important to communicate, from landscape and structures, to moments and people. Therefore, from this model of the URACCAN, the researcher learns to shut up and to remain attentive to what the community and nature want to communicate to him.

However, when presenting the results of the research, the authors must conform to methodological requirements and, for reasons of space, much of that experience wealth is only recorded in memory or in little-known sources.

In light of these ideas, the reader will be able to understand why what he initiated as a master's thesis project of both researchers of URACCAN, is presented here as a scientific article, published in the Journal Science and Interculturality, Volume 25, with the title "Communication practices from the experiences of the Afro-descendant People".

The return to origins: how did Creole families preserve their culture, language, and traditions?

This research arose, according to its authors, from the need to make visible the experiences of Creole families living in the municipalities of Siuna, Rosita and Bonanza since 1945. The Creole people, of Afro-descendant origin, have historically inhabited the South Caribbean Coast, but, under particular circumstances recorded by both researchers, some families of this ethnic group migrated to the North Caribbean Coast.

As they migrated to the Mining Triangle, where half-breeds predominate and, to a lesser extent, Miskitas and Mayangnas, and where the modernization process was accelerated for the time (and still is), the researchers wondered, "How did Creole families preserve their culture, language, and traditions?"

This question represented for Neylin Calderón and Yulmar Montoya an infinite loop, which they were able to break and understand only until they approached and lived with the reality of these families.

The answer, as simple as it is profound, lay in two very particular and timeless characteristics of this people: their shyness and their pride. Thanks to them they have developed a high sense of preservation of their culture, their language and their traditions.

Experience of an intercultural communicator

That noon in 2017, the now master's degree Neylin Calderón traveled to the municipality of Rosita, heading to the community of Bambana, where he was informed that Don Clintan Garth and Mr. Maní lived. But the address was incorrect and she had to ask an unknown motorcyclist for "ride", but who kindly approached her to the place and said, pointing at her index:

- "Go down that street, at the end you will find a hammock bridge, on the other side live the people you are looking for".

The Samaritan disappeared in the distance. And in front of Neylin a new road opened that would last six kilometers on foot. Under sun and dust, the weight of his backpack tripled. He arrived at the hammock bridge, which lacked boards, which he singed like playing darkly and creaked at every turn, mixing in Neylin the strong nerves with the vertigo and excitement of having arrived.

As he crossed the bridge, Mr. Peanut held a glass of fresh water, as if he knew Neylin was coming. That's where this story started.

According to Yulmar Montoya, director of the Institute of Intercultural Communication of URACCAN, the philosophy and policy of this institution lies in making the peoples of the Caribbean Coast visible, in promoting their culture and traditions, in revitalizing their languages, in promoting regional development with identity. From this, all URACCAN educational processes, such as the Master's Degree in Intercultural Communication, promote research on ethnic groups, but from their own perspective (CCRISAC), where communities are protagonists of the process and research results.

In this sense, part of the work that researchers had to do was to apply for permission from the elders, with the commitment to return to creoles families the crops that they themselves helped to cultivate with their ancestral wisdom.

And behold, through these publications that the URACCAN makes available to the general public, that Yulmar Montoya and Neylin Calderón pay tribute to the Creole families who left their home towns to seek life in other lands, but carrying in themselves their culture, without giving it up, but rather by proudly reafirming it.

This study, the fruits of which can be found in all URACCAN enclosures and extensions, as well as on its website, shows that with CCRISAC no research will be monotonous or methodologically rigid. On the contrary, it will be a constant walk on the magic of the word of our ancestors.

This research is offered as a wave of discoveries about human beings and places that will never cease to amaze us.