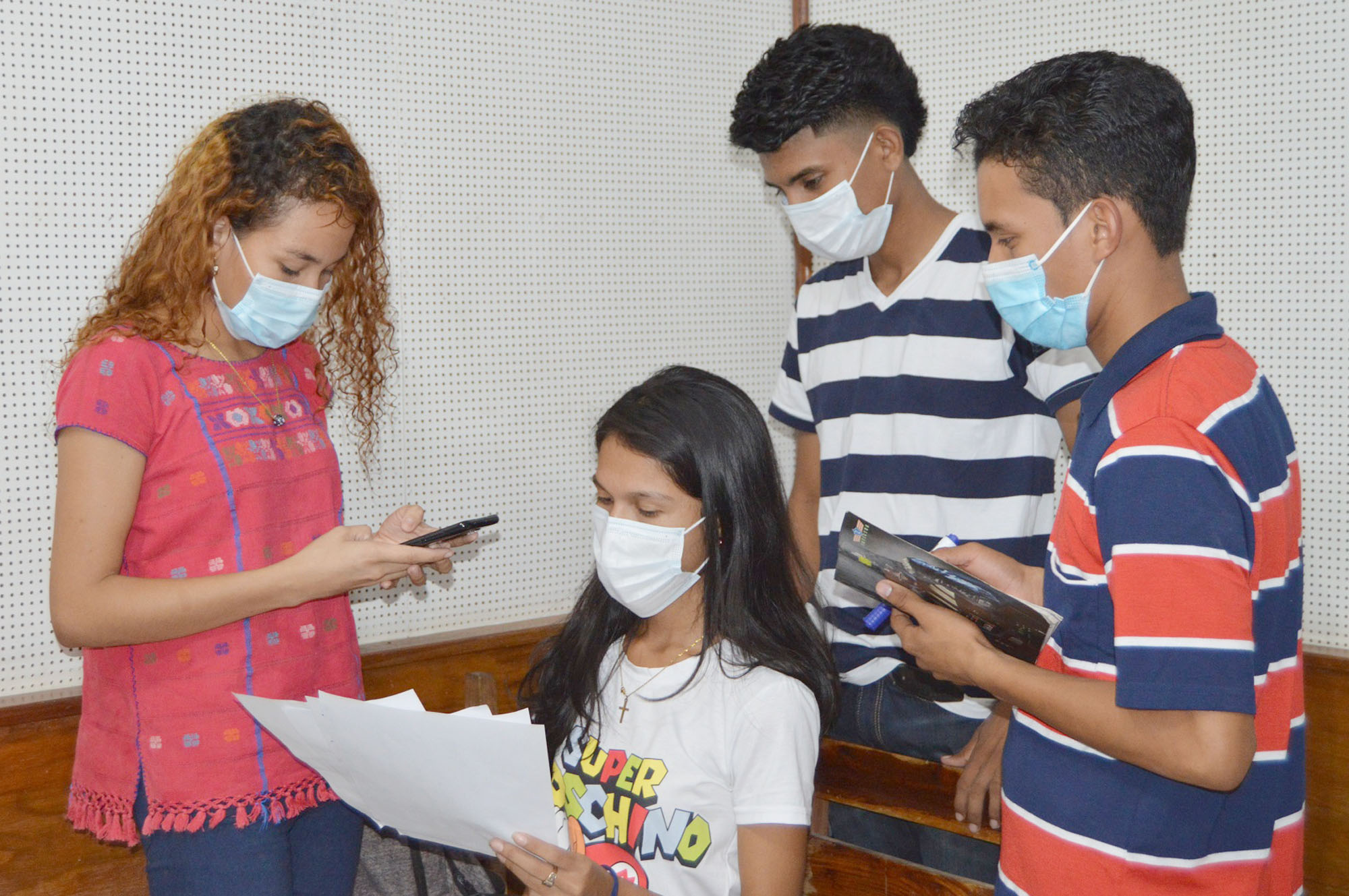 Teams are working on sustainable ideas. environmentally and economically.

Just a few hours after the end of the 2020 Latin American Innovation Rally, the 16 students of various careers of the URACCAN Bilwi venue have demonstrated their creative and innovative thoughts to provide solutions to the challenges taken from each team. So far, they have managed to deliver the TikTok videos and the report, making known the purpose of their audiovisual.

The young student of the fourth year of Psychology in Multicultural Contexts, Lizzbeth Mendoza, member Dynamic Team, is excited, because the experience lived throughout the Rally has been taken up as a personal challenge. "These are things that I did not know, they are things that we must learn and know how to develop it, especially in this environment of innovation, of creation to give alternatives to a social problem that we sometimes ignore," he emphasized.

While Hector Halford, leader of Team Innova Force, said that great progress has been made during the first day regarding the solutions envisaged to meet the challenges of the 2020 Latin American Rally. "We've been talking to the other members of the group and found a patentable solution that can serve the entire population, both higher-income families and lower-income families, as this is going to make a product (disinfectant) that will help in some people's economic reductions," he said.

For her part, student Nytzia Mendoza, a member of the Tecno-Creative Team, said that so far they have made great progress, "We are already in the creation of the prototype of the video, we are already finishing it, we are only fixing a few touches (...), also of the segment of the product that would be a soap made of oil, based on that recycled oil that we commonly throw in the water , on earth, that's what we're doing something reusable about," he explained.

Finally, student Cheimy Cheiny Patterson, a member of Team Flash Proyect, said that progress is significant in the project in which they are working on a proposal to help non-seers, "we created a video on TikTok, and we're moving forward with that, we're already sending it on time, as we're also finishing the document (...) we are working with prototype and video editing," he concluded.