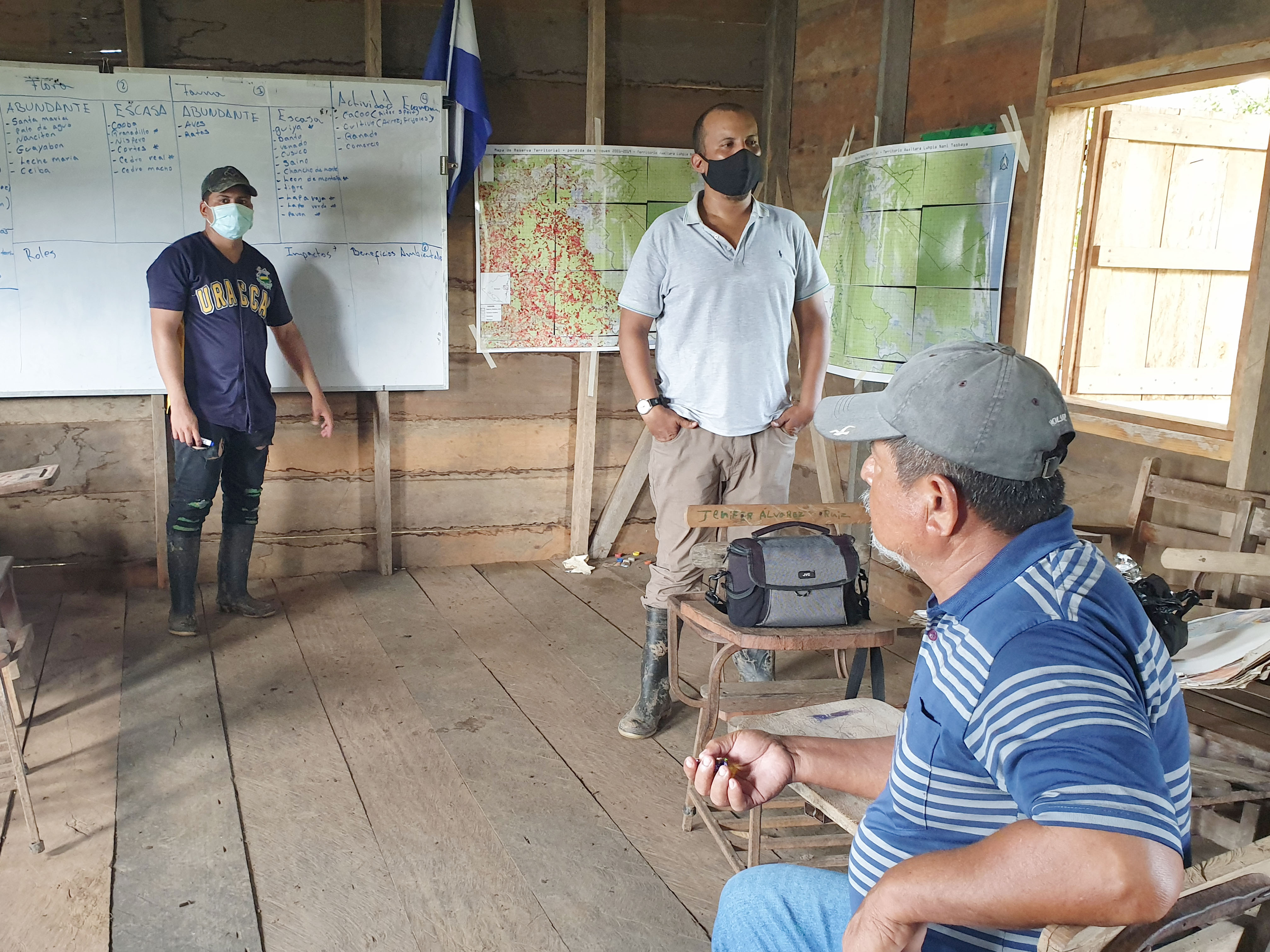 The community consensus determined the perimeter of the reserve above 140,000 hectares.

Promoting collective efforts to protect the biodiversity of the Autonomous Regions

URACCAN, through the Institute of Natural Resources, Environment and Sustainable Development (IREMADES), and the Tapir Nicaragua Project carry out a community diagnosis in the territory of Awaltara, as part of the environmental and biodiversity protection initiatives of the Caribbean Coast. For this reason, this study house formed a team that accompanies the Territorial Government in the process of creating a biological reserve in Awaltara.

Among the first advances made was the approval of the perimeter of the reserve, which was done in conjunction with community leaders from the sixteen communities of the territory in an assembly held in the Siawas community.

According to Juan Mendoza Espinoza, field assistant of Project Tapir Nicaragua, "we participated in this assembly in which the perimeter of the reserve was approved above 140,000 hectares; in the face of this and in this process of creation, a diagnosis should be made to describe the current environmental problems and conditions in which communities are located."

In this sense, teacher Xiomara Treminio, coordinator of IREMADES, said that they are now continuing in the process of investigation and legal formalities with the different instances, as well as accompanying the territory in search of the decree of the area as a protected area and territorial conservation".

Other actions: An educational-communicative campaign from the ICI

Among the actions they are carrying out for the conservation of tapir and the creation of the reserve, we are working with the Institute of Intercultural Communication (ICI) of URACCAN, an educational-communicative campaign aimed at children, young people and adults.

"In addition to this campaign, we are going to conduct experiments with crops, environmental studies and support in the patrols of rangers that are already formed in the territory," Treminio said.

Nine communities of the territory were visited, which are within the perimeter of the reserve area, four communities upriver; Anglo-American, Company Creek, Guadeloupe and La Esperanza; as well as five communities downstream: Karawala, Kara, Walpa, La Barra and Sandy Bay Sirpi.

The work consisted of conducting interviews with communities and focus groups to have inputs that would allow in the next stages the zoning of the reserve.

"The Community responded to us in an acceptable way, as they are aware that this reservation would help them curb the threat from third-party invasion and environmental issues they face," Mendoza explained.

Steps to create the reserve

According to Mendoza, it is necessary to "take a tour of the area to know the ecosystems that are present, the state of conservation of these, the communities and identify what are the areas of uses that they have for timber extraction, fishing, hunting and agriculture".

"In this first stage we seek to have a territorial reserve; at later stages of the project, it is expected to have a conservation category at the national level."

The long-term goal is to continue and move towards the North Caribbean Coast region in the Prinzus territories to have a reserve of about 300,000 hectares, which would be comparable in extension to the Indian Corn Reserve," concluded project technician Tapir.