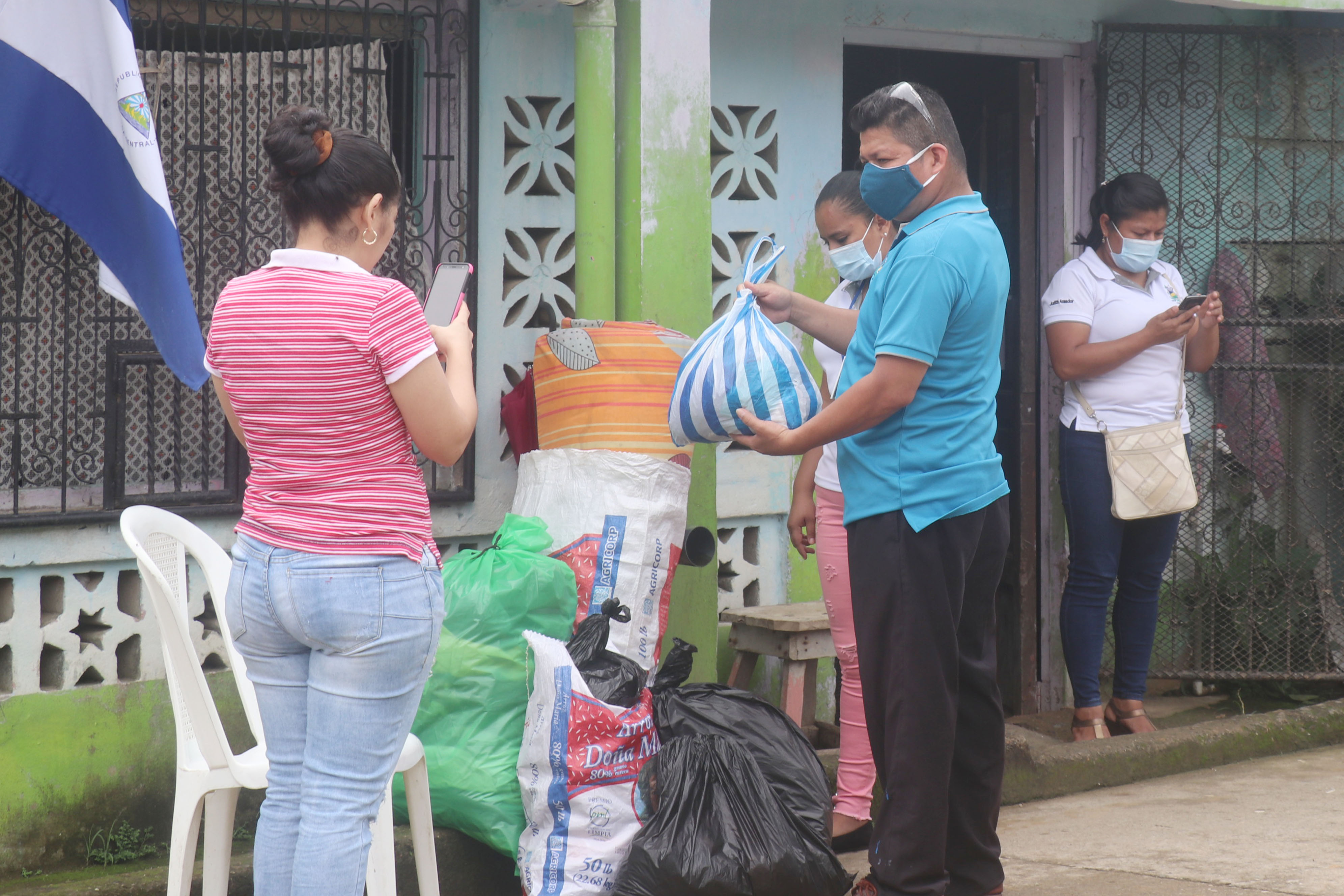 All aid received at the Las Minas compound will be sent to Prinzapolka, where the Eta left great havoc.

In these moments of crisis, the solidarity of the people of Siuna is great.

The University of the Autonomous Regions of the Nicaraguan Caribbean Coast led a speech, where the population of Siuna and its communities overflowed in support, handing over their donations to be handed over to those affected by Hurricane Eta in Prinzapolka, on the North Caribbean Coast.

The master's degree Sorayda Herrera Siles, academic secretary of URACCAN Las Minas, reported that the aid provided by the population of Siuna will be sent to Prinzapolka, as one of the nearest municipalities and that it was strongly impacted by Hurricane Eta.

At the collection in Siuna, the teachers and students of URACCAN Las Minas set out to be in the different positions in the neighborhoods of the municipality to receive the help that the population sends to the victims of ETA in Prinzapolka.

Teacher Herrera Siles said that on Tuesday, a commission from URACCAN venue Las Minas will leave Siuna with humanitarian aid delivered by the population to Prinzapolka.

"We want to thank the people of Siuna and their communities for the contribution they have given and their solidarity they have shown in these difficult times for our brothers in Prinzapolka," said Herrera Siles.

Angelica Leonor Ruiz Calderón, PhD., vice-chancellor of the Las Minas compound, said this is a time when the university community came to the helm to show their solidarity and organized to collect Siuna's help for the victims of the ETA, thus fulfilling the Mission and Vision and the institutional principles of URACCAN.
Tags
URACCAN Las Minas
Siuna
ETA
Prinzapolka
Publicado:
2020-11-09
Escrito por
Ricardo Guzmán
Previous
Next
sfy39587stp16