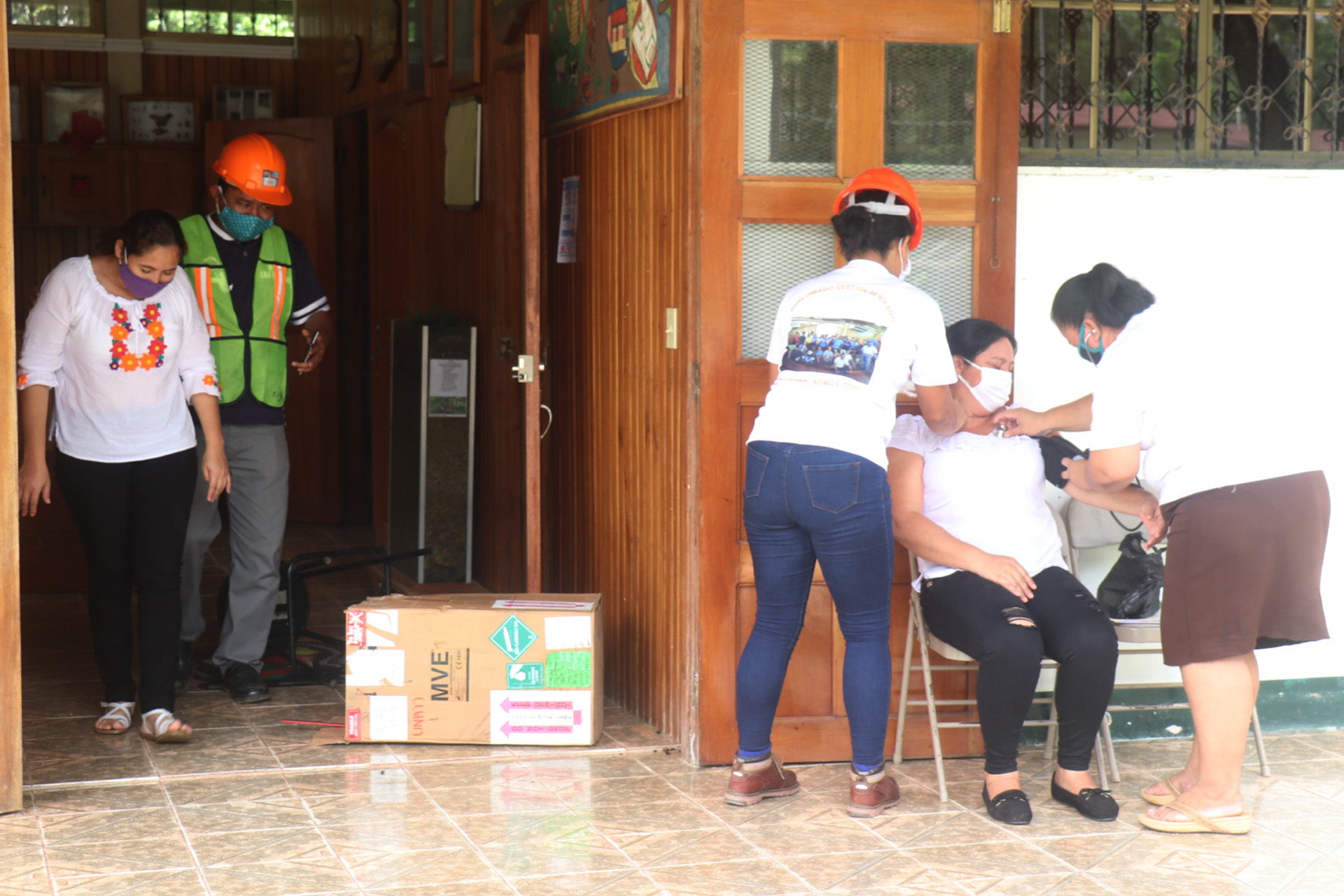 Preparing URACCAN personnel in the event of natural disasters

The multi-threat exercise that took place in the Las Minas campus and its university extensions as part of the preparation to safeguard the lives of its officials was successfully developed by simulating flooding in different institutional areas, activating the URACCAN security protocol.

Prior to the event, a team of seven people, including news, communicators, medical personnel, first aid brigades, proceeded to disinfect each area with chlorine and alcohol, as well as all the equipment to be used during the exercise.

Master Efraín Peralta explained that the objective of the exercise was to implement the knowledge acquired for the evacuation and care of people in the event of natural disasters.

Replicas of the drill in college extensions

URACCAN extension Bonanza simulated a flood in the teaching area, so it proceeded to safeguard the lives of teachers and students, who were evacuated and received first aid, confirmed the teacher Eulogio Rufus.

In the Rosita extension, a flood was also carried out, but in the Computer Science Laboratory, so first aid was provided to those at risk, evading them to a security site, teacher Janeth Sevilla García reported.

For its part, the Waslala extension flooded the administrative area, where 6 people participated, who were given the same protocol of assistance and protection, said teacher Rosidani Molina Argoello.

URACCAN Las Minas enclosure once again complies with its process of training its CIGIR team, to ensure the implementation of the II National Training Exercise to Protect Life from Multi-Threat Situations 2020, in virtual mode.