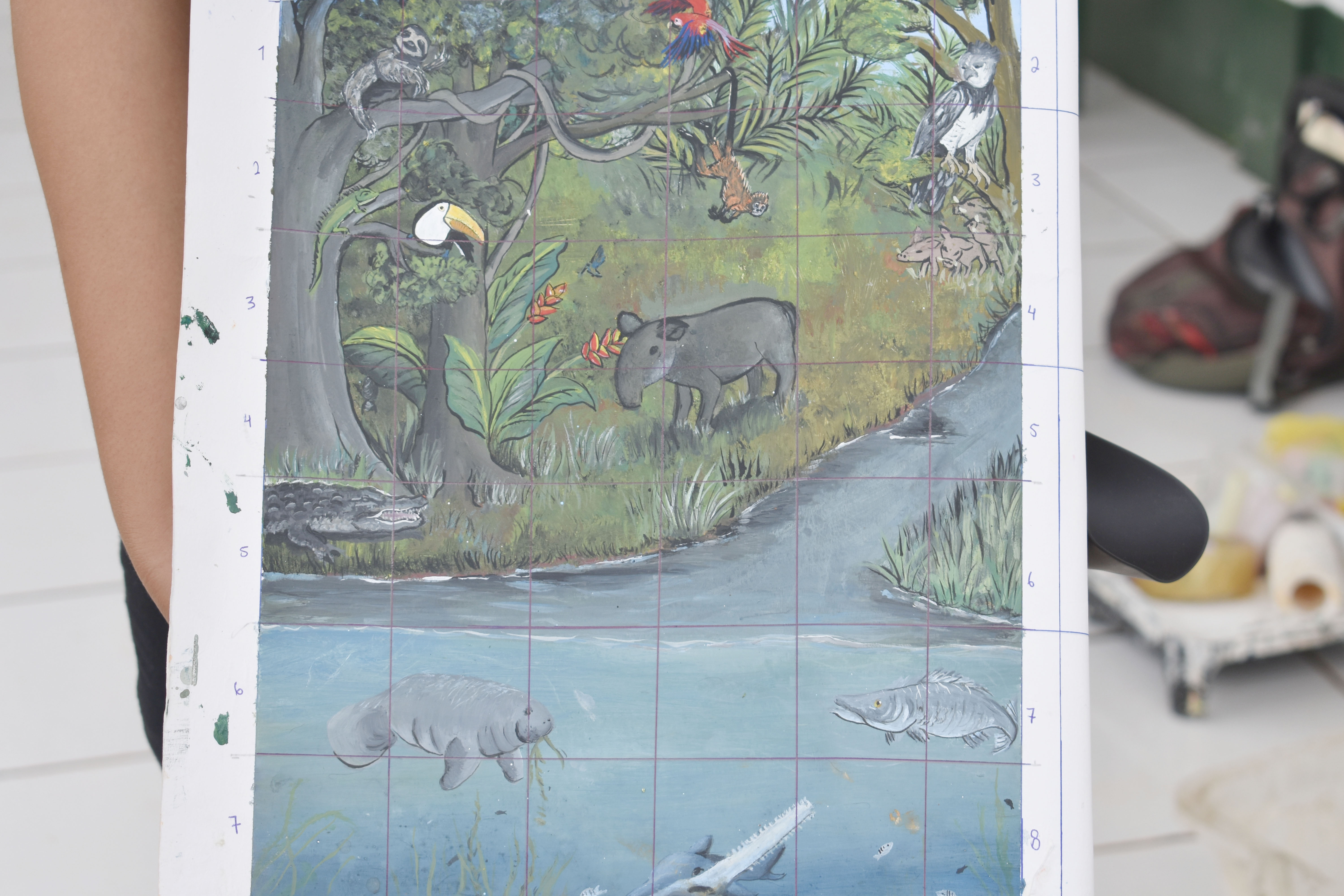 Sketch of the ecological mural, prepared by young people of the organization Murales RACCS.

The Institute of Natural Resources, Environment and Sustainable Development (IREMADES) and the organization Murales RACCS are painting an ecological mural on the wall of the library of the enclosure, whose theme is the protection and conservation of ecosystems and endangered species.

In this regard, the engineer Elvis Calero assures that since IREMADES "we gave ourselves the task of drawing a mural, in which a collection of biodiversity is reflected, focused on endangered species, as well as species that are already at risk".

With this initiative, environmentalists aim to reach the population and raise awareness of a positive message and value all the flora and fauna species of the region.

"The idea is also to involve students on campus, with the support of murales RACCS, so efforts were joined to carry out this project."

"Likewise, through this mural we are promoting the practice of sustainable actions so that our resources do not run out and therefore the habitat of these species is not threatened and the lives of them can be preserved, which play an important role. We know that we have seed dispensing species, pollinators par excellence, and without their presence in the area we have low production rate in our crops."

"Once the work is complete, we will proceed to inaugurate it with some actors in the community to take this idea to other areas, and promote awareness of biodiversity preservation."

Worldview of peoples and their spiritual connection with nature

The mural also expresses the culture of the native, mixed-race and Afro-descendant peoples of the Caribbean Coast. According to Calero, "each people has a way of seeing nature from their worldview; from the spiritual side there are cultures that ask permission from the forest to take advantage of their resources, whether it is hunting an animal or tying a tree to build their houses."

The mural seeks to reflect and rescue the ancestral and spiritual practices of harmony with Mother Earth, in search of the good life of the peoples.

"We want to give a message, in how peoples have been preserving forests; similarly, adopt such practices and leave the overexploitation of resources," explained engineer Calero

On the contribution of the organization Murales RACCS

According to Kenny Romero, Head of Finance of the RACCS Mural Organization, this entity has "a challenge, which consists of a first stage: to carry out in ten square meters the projection of ecosystems of yolillales, next to the latifoliated forests; in a second stage we will reflect the pine ecosystems and their link with mangroves."

"We want the mural to be educational, so we consult with the institute (IREMADES) about tree information, their location and height; all those details were worked on in the sketch."

"We put a danto in the foreground, as it is a species that has an important function; other spas such as laps, lazy bears and the jaguars' bond to being in the four ecosystems are also reflected," Romero concluded.

Four people from murales RACCS and the IREMADES team participate in the production of the mural.