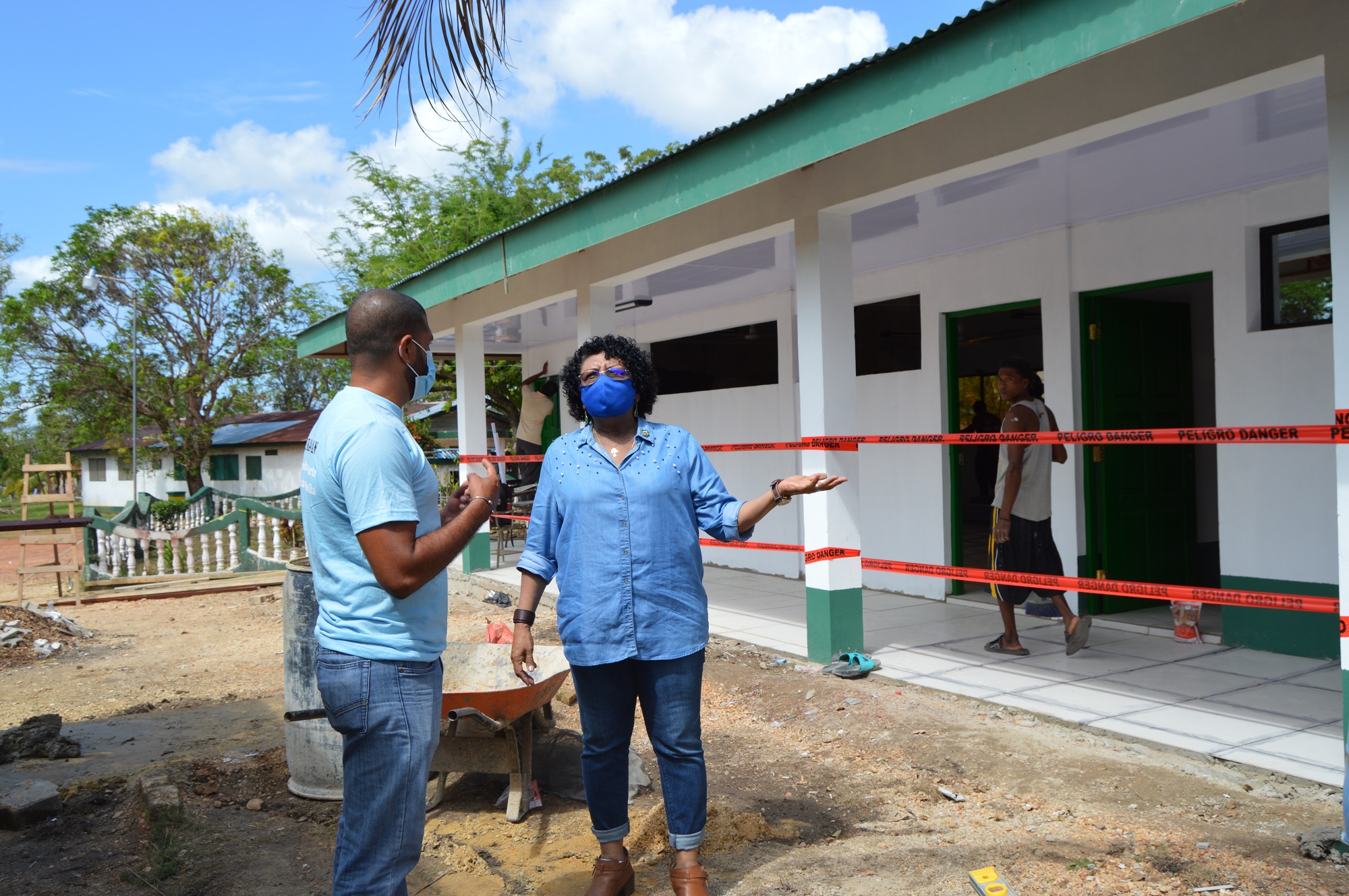 As part of the reconstruction of the infrastructure destroyed by hurricanes Eta and Iota in URACCAN Bilwi enclosure, approximately 95% of the first stage has been completed, thanks to the support of sister institutions, through the management of Dr. Alta Hooker, rector of URACCAN, who has been accompanying the reconstructive process to continue promoting Intercultural Higher Education from the Caribbean Coast of Nicaragua.

Following the passage of the two powerful hurricanes, the university authorities considered it essential to seek support to begin with the reconstruction of the first stage and to receive students from the first in income, "that is, immediately after the second hurricane, the National Council of Universities (UNC), gave us a contribution to reconstruction and, at the same time, we began to seek help on different sides" , explained Dr. Alta Hooker, rector of URACCAN.

Among the first instances he contributed to URACCAN are the administrative guilds at the national level, as well as students from the other university campuses, "We also had friends like Guillermo McLean, we had support from UNI retirees, workers from the Liaison Office who delivered their salary, anyway, at the internal level there was a lot of support, in addition to the national universities , apart from the UNC," she said.

Hooker also mentioned, and thanked national and international institutions that, without hesitation, made donations so that educational processes could be continued, "we have received funding from Sei Soi Frei, support from Horizont3000; the Inter-American Development Bank (IDB), which has supported us with food for communities; companies at the national level have also helped us, and so today we can say that in the first stage of reconstruction it is almost finished," he said.

The construction of the university campus in Bilwi, was almost entirely affected, so the authorities of the URACCAN agreed that in the first stage would begin with the reconstruction of two modules, with four classrooms each, "we repaired the dining room that was in poor condition, we worked in a space of rectory, we reactivated the teaching room, the science laboratory , we are right now with the reactivation of medical classrooms," Hooker added.

In addition, the excellent rector of URACCAN explained that the delivery of these first reconstructions is expected on January 31 of this year, "these eight classrooms were thought to be the priority, because we had to receive the new students in the propedeutic," Hooker said. It should be mentioned that next Monday, February 01, with the new school year 2021, the student community of the Cuatrimestral Modality and on February 08 the students of the six-monthly modality begin.

It is important to note that the university community of URACCAN deeply appreciates the support provided to this institution, because in this way men and women committed to the development of the Caribbean Coast will continue to be trained, being the main commitment of this house of Intercultural Higher Studies.

In this regard, Dr. Brigeth Sam, secretary of surveillance of the Teaching Guild, thanked the university authorities, "for the great efforts they have made to rebuild our campus," she said.

For his part, br. Rubel Chamorro, student president of URACCAN, applauded the efforts made by rectory so that this venue could recover after the two natural phenomena that destroyed most of the infrastructure, "URACCAN is getting up and we as students are very happy, the university is starting with new infrastructures, with new educational accessories, also thanking the UNC, the donors who have given their contributions so that this university continues to grow" Pointed out.

Dr Hooker stressed that progress continues with strong steps to further strengthen the dreams and aspirations of the Caribbean population through Intercultural Higher Education, "this has been possible for all the brothers and sisters who have supported us, the Regional Government that also supported us, and the UNC, which has just given us another budget to continue on our way , we all thank them from the bottom of our hearts," he emphasized.

Finally, the rector mentioned that the university maintains a commitment to the population and autonomy, to offer an education with quality and relevance, "URACCAN came to stay and seeing the state in which we were, it was really depressing, so it was essential that we put us at the forefront of this so that URACCAN does not disappear, URACCAN will continue to build its way , from the intercultural approach, from the Intercultural Gender Perspective, from identity development to the development of regional autonomy," concluded Dr Hooker Blandford.