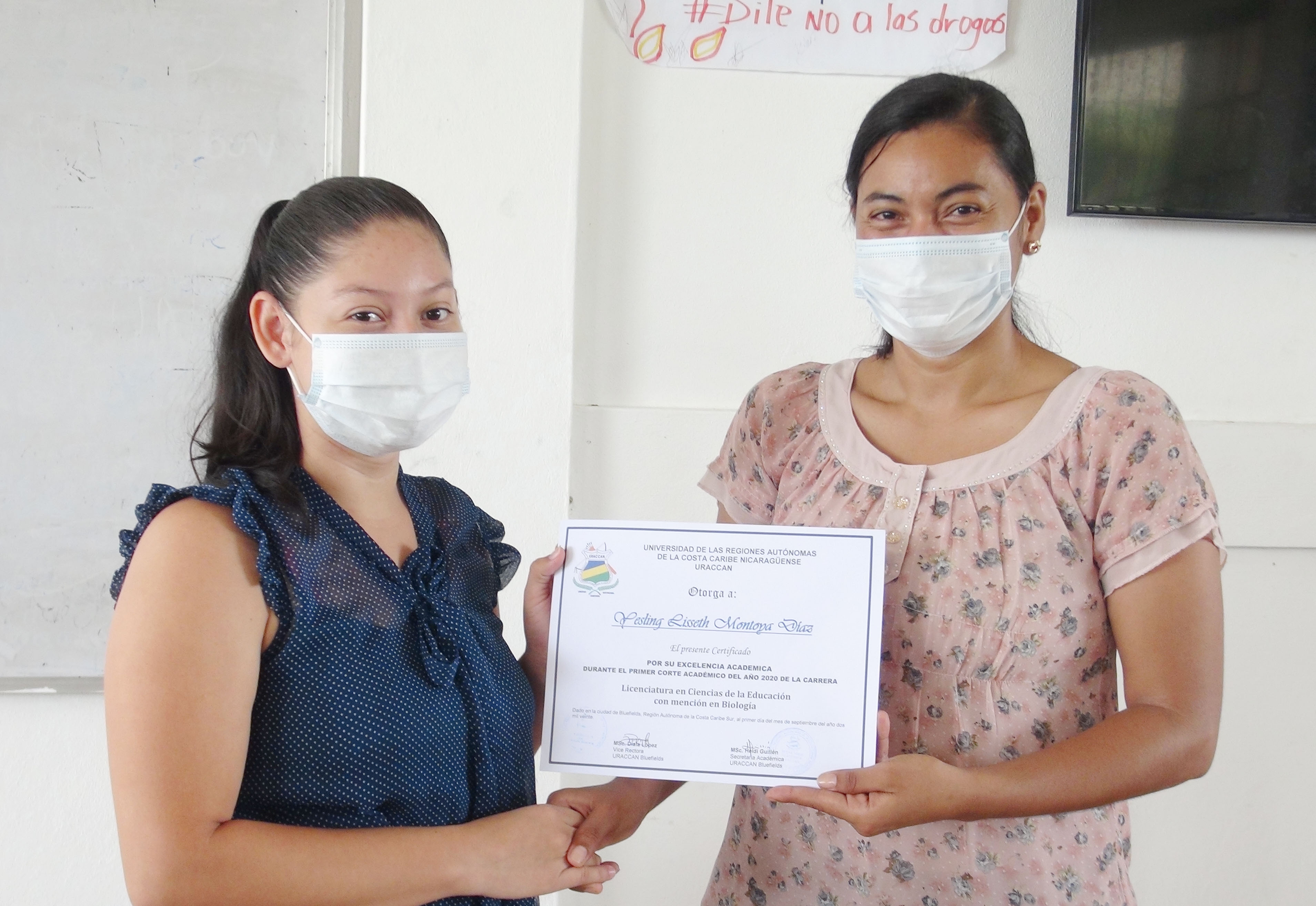 These results are thanks to the strengthening and communication between authorities, teachers and students.

Prominent URACCAN students at its Bluefields campus who earned academic excellence received certificates from their area coordinators as a sign of recognition of their dedication and commitment.

Teacher Wilson explained that, from the Humanities area, "we are pleased because despite the situation we face, students from the three careers in the area, Psychology in Multicultural Contexts, Sociology with Mention in Autonomy and Intercultural Communication, managed to obtain good grades".

In the Psychology career, the best averages are:

In the career of Sociology with Mention in Autonomy:

In the career of Intercultural Communication:

"We hope that in this second semester we will be able to have more outstanding students; these results are part of the work that is done in coordination with teachers in the area and thanks to the commitment and effort of the student," said Teacher Jirón.

In the area of education sciences and languages the best average was obtained at the enclosure level, with the Bra. Lucette Christian, Bachelor's Degree in English. It was also given a certificate to The Bra. Yesling Montoya, of the Biology career, with an average of 96.00

For the area of Education Sciences and Languages, the following results were obtained in the Biology career:

In English the highlights are:

For the teacher Marbella Jirón, "it is a pride to have achieved these results with the students, and the best average of the venue. It is important for us as an academic team to work together; from the area that has been fundamental to obtaining these results, that communication that has been strengthened with students and teachers," he concluded.