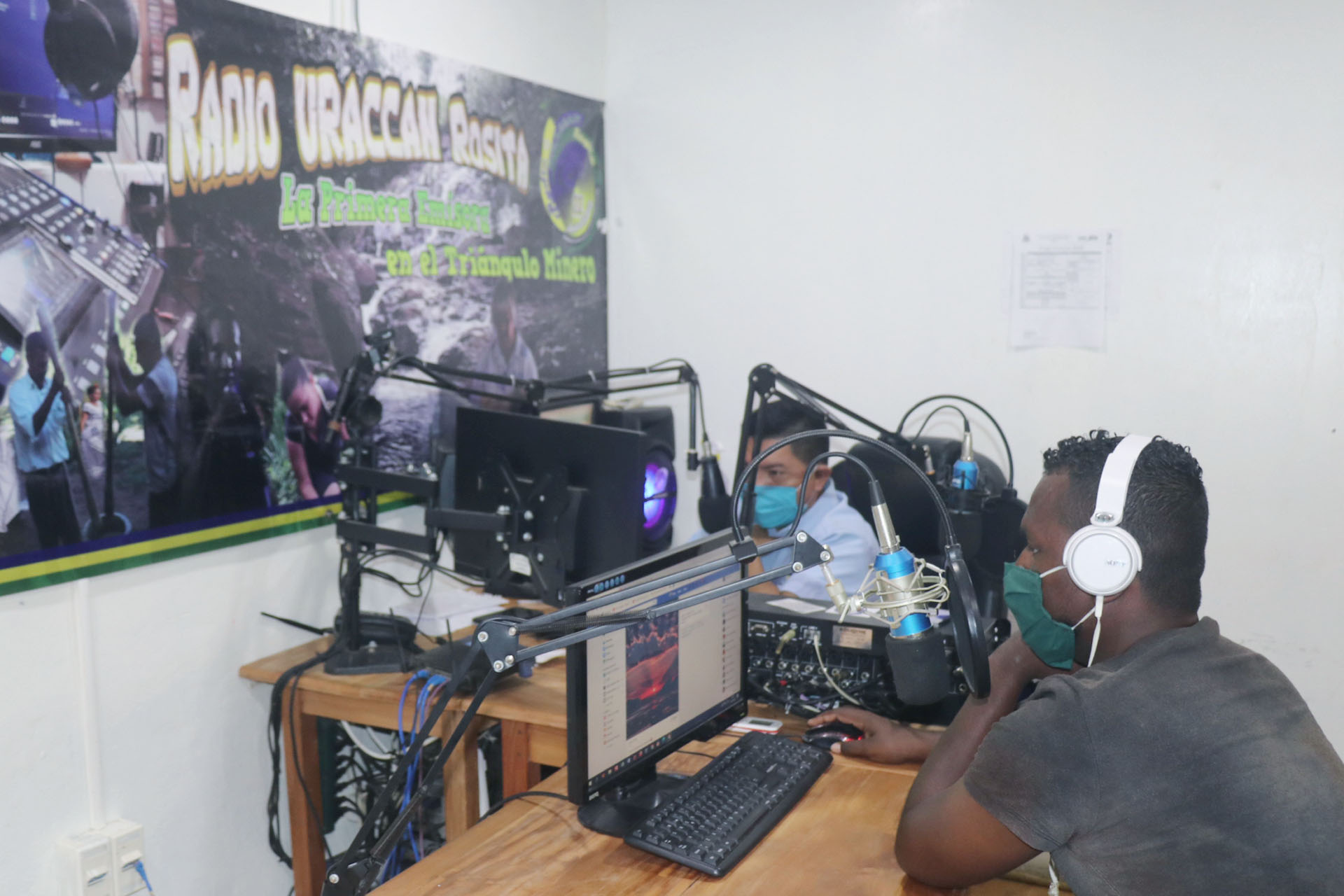 Through this community radio, URACCAN develops social extension and service to the Caribbean people.

Deisy Chavarría: "I am Radio URACCAN Rosita and for me it means that connection with people."

Working in controls, radio broadcasting and without receiving a salary began all those who today occupy the spaces on the URACCAN Rosita Radio campus, which celebrates this September 27th its 23rd anniversary of foundation, in the heart of the Mining Triangle.

Radio URACCAN Rosita is one of the four intercultural community radios of URACCAN, through which it has made the peoples of the Caribbean Coast visible, promoting their culture, tradition and development with identity.

On the occasion of their anniversary, we talked to their main workers and they all agree that they started as collaborators and then, after 3 and 6 years, were integrated as radio workers, obtaining financial aid.

Flor de María Pérez Almendárez is the radio cashier and has been working on it for 15 years. He arrived when he was 16. "The learning process and the training and growth I've had on the radio has been fascinating, because I always liked radio and teacher Veronica Valdivia gave me two hours and that was the best thing for me," Flor de María said.

Although he arrived very young on the radio, from there he professionalized, because it is a demand to provide better attention to the audience. He is now dedicated to selling advertising and seeing the revenue and egress of the radio. But it also takes turns when it's needed.

Mikol Rufino Lagos Tijerino arrived in the radio world through Radio URACCAN Siuna, and in Rosita entered in 2002 as a collaborator; it now takes more than 13 years. Lagos Tijerino holds a degree in Intercultural Communication and is a controlist and radio announcer; He also runs an information program at 6:00 p.m. "It has made me grow as a person and every day we know more about this world of communication," he said.

Deisy Audeli Chavarría Picado has been working on the radio for 12 years and came in for a call that, from this cabin, was made to young people who wanted to venture into the radio universe. He arrived at URACCAN and spoke to the teacher Veronica and so it began, without knowing anything on the radio.

"Professor Veronica Valdivia directed the radio; I became pregnant, as a single mother, and it was she who decided to give me financial aid," Chavarría said, adding that the support she received marks the commitment to radio and URACCAN.

Lázaro Ramón Figueroa Reyes arrived in 1997 to leave a letter to the radio. It was a greeting from a relative. "Since then, " recounts Lazarus, "I loved seeing the collaborators and I liked the idea; I spoke to Professor Fernando Espinoza, to ask him to let me collaborate on the radio."

Figueroa Reyes recalls that, from 2004, he was hired, after going through a process. "When the opportunity was there, then we came in with a financial aid of 700 cordobas for 4 hours a day," he said.

In 2015 he was appointed director of Radio URACCAN Rosita. At first I was a little afraid, because of the responsibility involved in securing the team's salary. The radio has a plan of seven workers and has achieved sustainability, making some small investments, as well as the delivery of some social aid for the population in need of the municipality.

URACCAN has four community radios on Siuna, Rosita, Waspam and Bluefields, a television channel in Bilwi. Since his bachelor's and master's degree in Intercultural Communication, he has been strengthening communicative, informative and social extension work, promoting harmonious coexistence between the cultures and peoples of Nicaragua's Caribbean Coast.