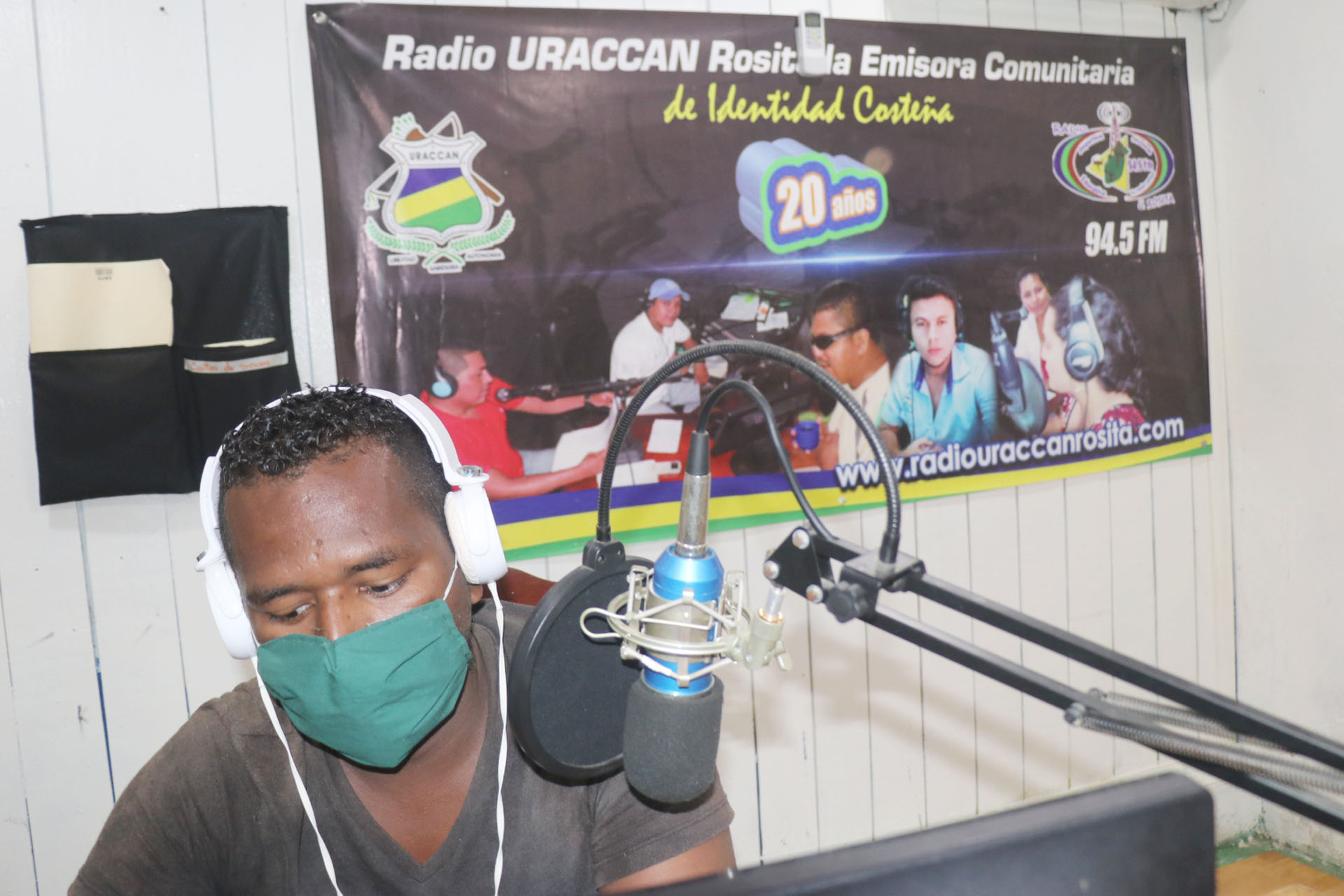 Taylor Manzanares is, in addition to bilingual communicator, agronomist.

Contributing to the family economy and development with identity

John is a young miskito originally from Waspam, but grew up in Rosita, where his relatives live. He is a collaborator of Radio URACCAN Rosita, where he makes programs in Miskito and Spanish, thus strengthening the right to information of indigenous peoples and revitalizing their language. Juan Hilario Taylor Manzanares has now been dedicated to producing cucumber in the field of radio.

Taylor Manzanares was born in Waspam. His relatives migrated from 1988 to Rosita and so he grew up in the heart of the Mining Triangle. The idea of the orchard arose from looking at the entire courtyard of URACCAN and also observing other people who made orchards in small spaces, contributing to the family economy.

He spoke to radio director URACCAN Rosita, MSc. Lazarus Figueroa, who also helped him with the seeds. To realize his idea, Juan Taylor made an organic manure bank with manure, black earth, sand and germinated the seeds, and they were planted. "These cucumbers," he thought, "can be used for the extension to be used in activities, because sometimes they have to be bought and so that expense is avoided."

Taylor does locution and controls. At first he was sorry to speak in his language for the multiple linguistic prejudices that many people have, but he arm himself with courage and pride and conquered the hearts of the audience. Now people say, "There's finally a person on the radio that we identify with, in miskito." The Miskita population feels integrated into the radio and the inhabitants of the area who do not belong to this ethnic group have changed their perception of the Miskita language and culture.

The MSc. Figueroa assured that, through efforts made at the Foundation for Autonomy and Development of the Atlantic Coast of Nicaragua (Fadcanic), they obtained cucumber seeds. And Juan, who is also an agronomist technician, has dedicated himself to making the orchard, cucumber initially.

This is a sample of the things that can be done when you are focused on putting knowledge into practice, combining a love of communication and Mother Earth, where food and life come from.