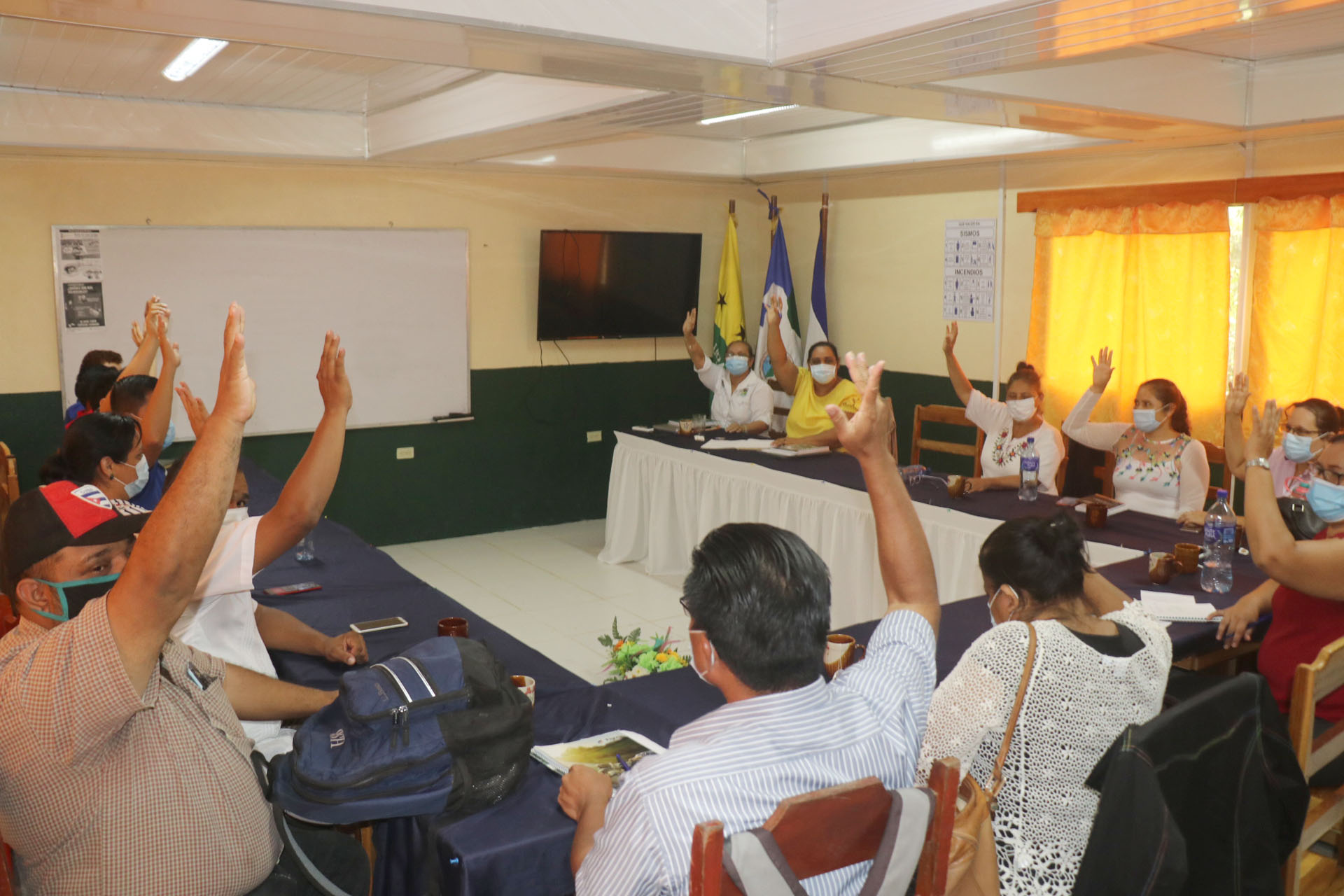 The next session will be held on the Siuna campus, as a way to strengthen institutional relations.
URACCAN Las Minas

The meeting was attended by the mayor of the municipality, Don Fermín Romero.

With the participation of all its honorable members, the eighth regular session of the University Council of the Las Minas Campus was held, in the extension of Rosita, as announced by its vice-chancellor, Angélica Leonor Ruiz Calderón, PhD.

The session was attended by the mayor of Rosita, Fermín Romero Olivero, who recalled that together with the current coordinator of the Regional Government, Carlos Alemán, they began the efforts for the foundation of a university on the Caribbean Coast. In those years students had to travel to the Pacific in order to professionalize, recalled the edil.

Romero Olivero also highlighted the works and development that has been achieved in Rosita thanks to the articulation of efforts between the Central Government, the Regional, Municipal, Territorial and Community Governments.

The mayor asked the authorities of URACCAN Las Minas to expand their academic offer for Rosita, thus preventing young people from leaving their municipality for lack of the careers they wish to study.

Teacher Soraya Herrera Siles, academic secretary of URACCAN Las Minas, reported that the purpose of sesing in the extensions is that the members of the University Council can share and know the realities of them.

The academic secretary added that this activity reflected on the Mission and Vision, the general context of education, developing research topics, as well as URACCAN's 26th anniversary planning, among other topics.

Vice-Chancellor Ruiz Calderón assured that seating in Rosita is part of institutional strengthening by bringing each territory closer to the realities. In this lies the great strength of URACCAN since its model of Intercultural Community.

At the end of the regular session, the members of the University Council approved the main agreements and the next session was scheduled for October 5 on the Siuna campus.