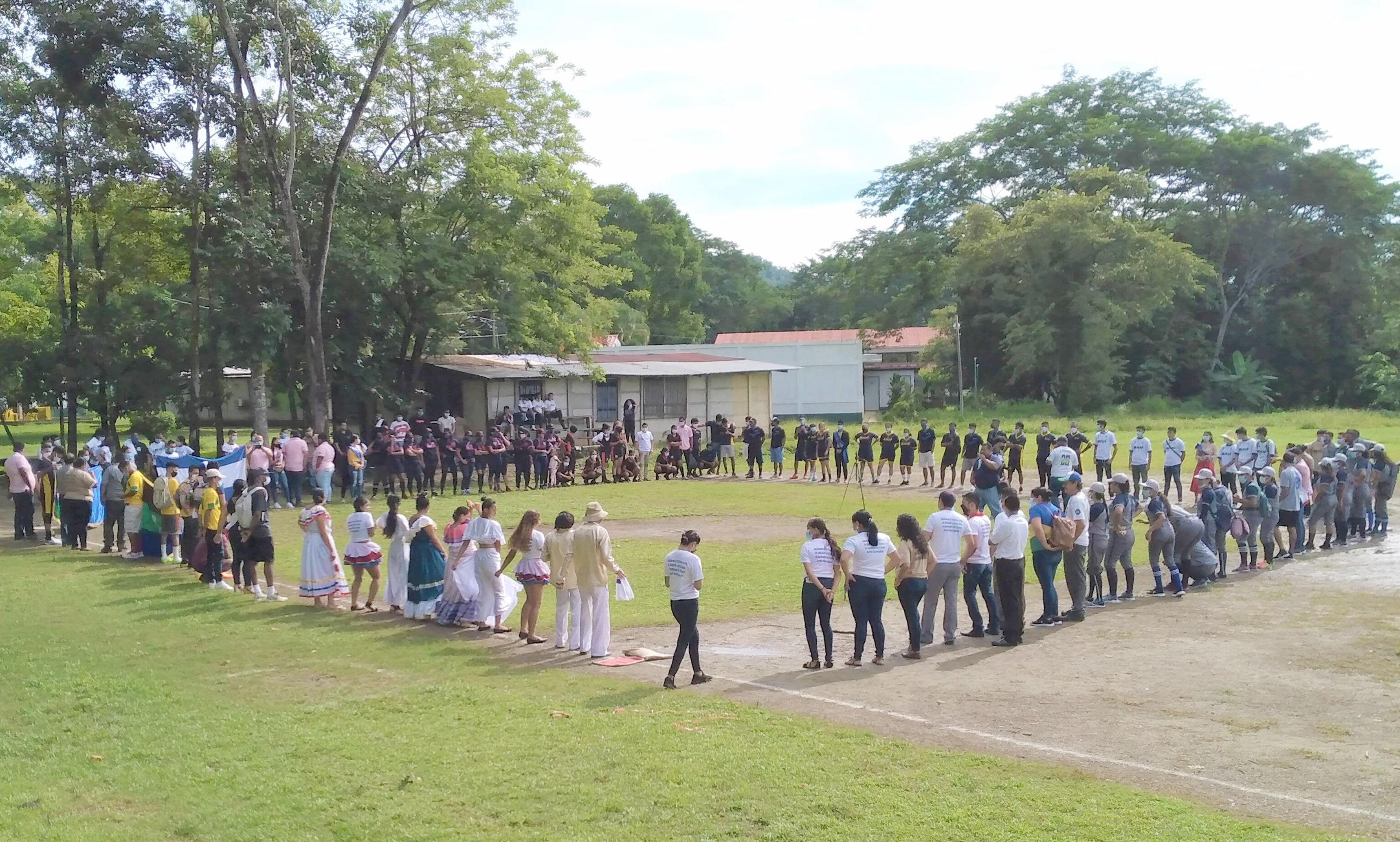 The activity was also attended by authorities and students from the Waslala, Rosita and Bonanza extensions.

As part of the celebration of the 26 years of founding of the URACCAN and the 33 years of Regional Autonomy, students from the Bilwi campus and the Las Minas campus held a sporting meeting, starting with a walk through the streets of the municipality of Siuna.

The student teams were accompanied by the authorities of both campuses, in addition to the student leaders, the Student Welfare Directorate, in the same way authorities and officials of the venue. Then an opening ceremony was held to begin with the sporting coexistence between the two venues

Meeting of coexistence and student harmony

In the words of welcome the academic secretary of the Las Minas campus, MSc. Sorayda Herrera, thanked the presence of the delegations and authorities of both venues, but also the presence of students from the extensions of Waslala, Rosita, Bonanza.

"To commemorate the 26 years of founding of URACCAN and the 33 years of Regional Autonomy is to think about all the fruits that we have been reaping in these years, that dream of the costaeños of professionalizing today is already a reality, that thanks to the URACCAN, which encompasses that knowledge and knowledge of the Afro-descendant, indigenous and mixed-race peoples," she said.

For his part, br. Félix Aráuz, president of the National Union of University Students in Las Minas, stated that "we hope that this sporting coexistence will be to strengthen our bonds of friendship, play fair, proudly represent our teams, our university and, above all, enjoy celebrating one more anniversary of our house of intercultural studies".

Rubel Chamorro, president of UNEN-URACCAN, who conveyed the greeting of our rector, Dr. Alta Hooker, and the higher authorities, who were also happy to see the student event in this process of celebration, was also present at the event, but also urged that the games be made a meeting of friendship and brotherhood.

Next, the inaugural launch of the sports activities was made, where the academic secretary, MSc, was positioned as a batter. Sorayda Herrera, PhD pitcher. Enrique Cordón, receiver Br. Rubel Chamorro and Br. Felix Aráuz as referee.