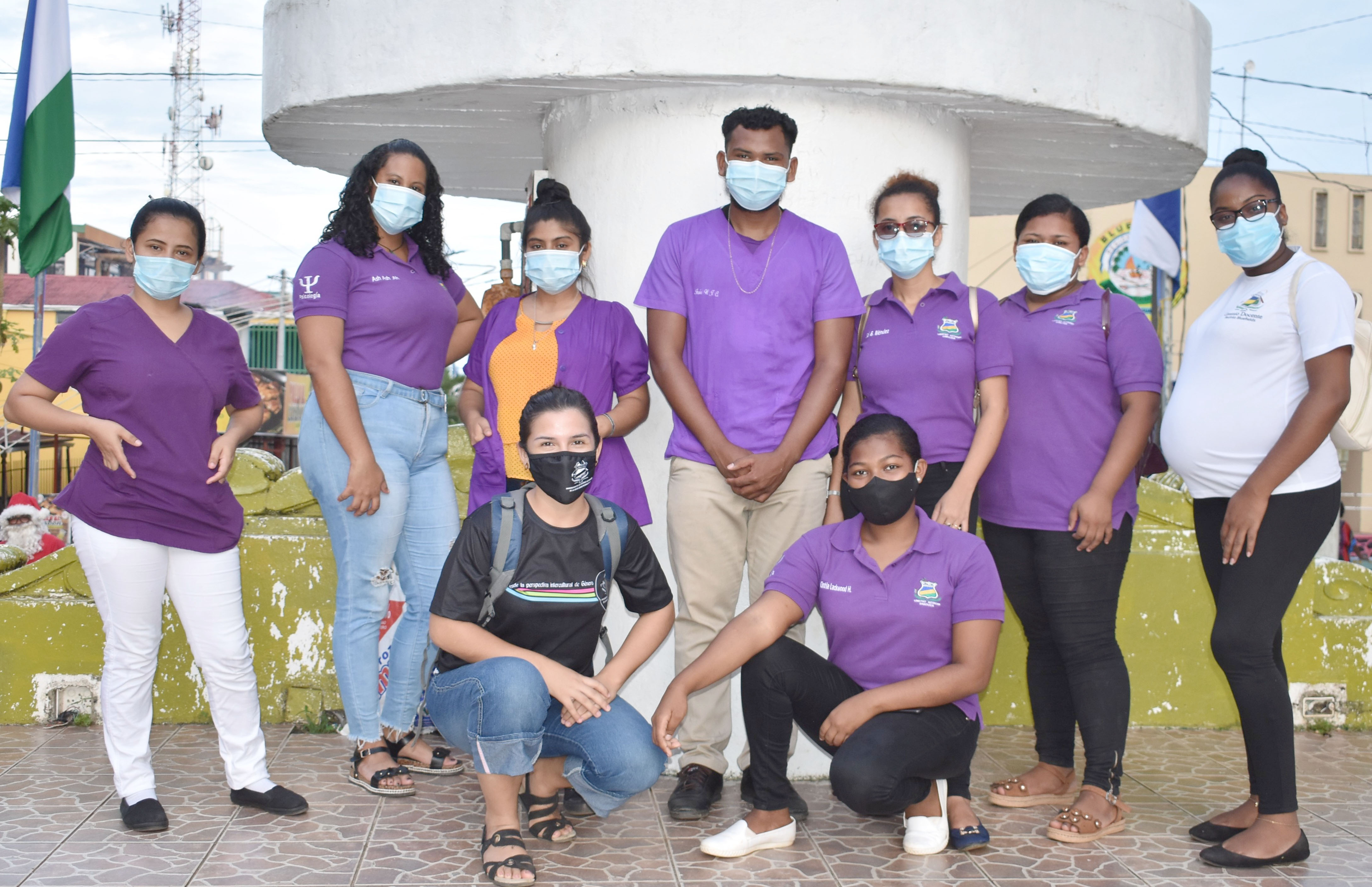 The group of students who carried out the mapping in Reyes Park, Bluefields.

Confidentially, the population reported some cases of child abuse.

Second-year students of Psychology in Multicultural Contexts of URACCAN Bluefields campus, in conjunction with the Center for Multi-ethnic Women's Studies and Information (CEIMM), perform MAPEO in the Reyes park of this town, as part of the subject of Community Practices II and in order to raise awareness among the inhabitants about child sexual abuse.

The students of this study house, with the accompaniment of the teacher of the subject, Licda. Wienis Bowie, and the representative of CEIMM, Velia Sevilla, were distributed around the park, abcuating each of the people present to publicize what they are doing, as well as conducting a small study on the management and knowledge that each Blufileño settler has on the subject in question.

Teacher Wienis Bowie refers that "mapping is being carried out in order to make the population aware of the impact of child sexual abuse within our city, (therefore) it is important to sensitize people on the basis of the issue and contribute to the prevention of it".

The group of students placed a map pointing out the neighborhoods of the city. The dynamic was that students invited each settler to take the map they made where they should mark or cross out which ward they have heard or seen a case of child sexual abuse.

Velia Sevilla noted that "from the Decolonization and Depatriarcalization project for the transformation of education, implemented by CEIMM and funded by SAIH, there is an activity or component aimed at promoting social innovation initiatives in students; in this case we coordinate with the psychology career within the Community Practices classes, so that they carry out this process of social transformation".

According to Seville, students not only manage to identify a topic that is affecting the community, but through the results obtained in the process, they can propose initiatives or strategies that contribute to transforming these realities for the community and for children, especially women within the city of Bluefields.

While we know it is an issue that for many people it is uncomfortable to address, in this case a certain amount of the population corresponded to the initiative of young university students contributing different views in relation to the problem; they also reported confidentially cases of child sexual abuse that they have seen in different parts of the city.

According to the perspective of student Juana López, "It is often difficult to reach the population and talk to them about the subject, as some are intimidated and afraid to provide this type of information, some of those present did not want to place the location of the place where they knew minors who have suffered this type of abuse , they just told us which ward and where, confidentially."