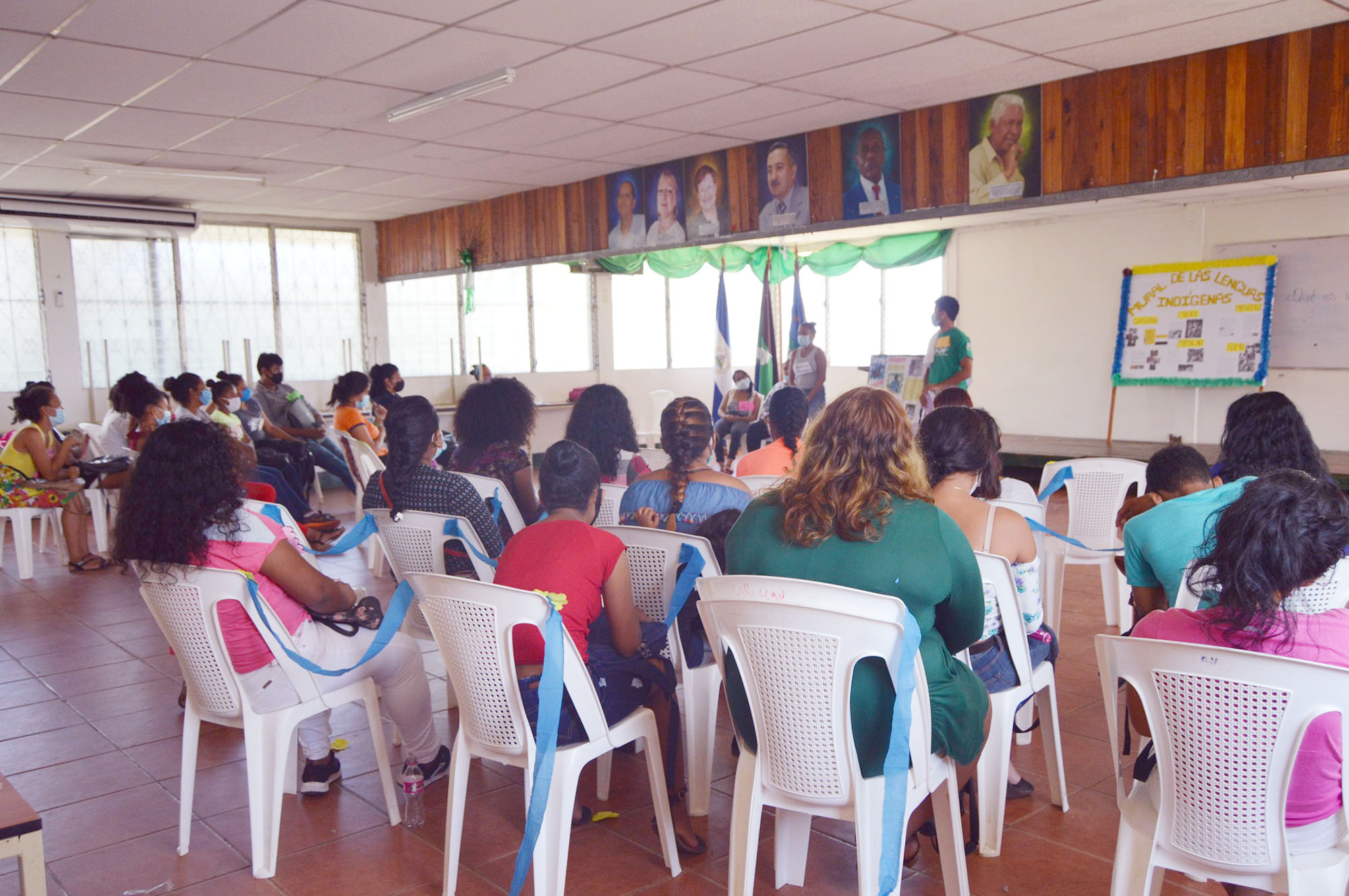 Knowing about the various ethnic cultures of the Caribbean Coast

Students of the first year of the Bachelor's Degree in Psychology in Multicultural Contexts of URACCAN Bilwi campus had an activity in compliance with the subject Epistemology of Knowledge, taught by professor Jamilee Meissner, where they exhibited about the various native languages that are in the Autonomous Regions of the Caribbean Coast of Nicaragua.

According to the teacher, linguistics is part of strengthening knowledge from teaching-learning, through these evaluative activities it contributes to learn more about the history of indigenous peoples, Afro-descendants and mestizos of the Caribbean Coast and their native languages.

It is important to mention that the student had to carry out a process of interviews and bibliographic research in order to be able to document himself on the subject and the realization of murals where the various customs, traditions and culture of the peoples were exhibited.

Also, a tribute was paid to Professor Miguel Urbina, who taught all the careers of URACCAN Bilwi campus, teaching the subject Indigenous Language and who died last May.

"We know that he was an important character for the preservation of the language and he contributed greatly to miskitus, to grammar; he worked a lot on that subject, so there was a group that went to interview his wife and learn about his career and his contributions to this knowledge of language conservation," Meiisner said.

Professor Miguel Urbina was noted for his hard work in contributing to the revitalization of the indigenous language of the Miskitus people. Among the books he left for use by the university community are the Miskitus Dictionary and the Medical Interrogation Manual, which is made entirely of miskitus and was prepared in conjunction with students from the first generation of Intercultural Medicine of the Bilwi campus.