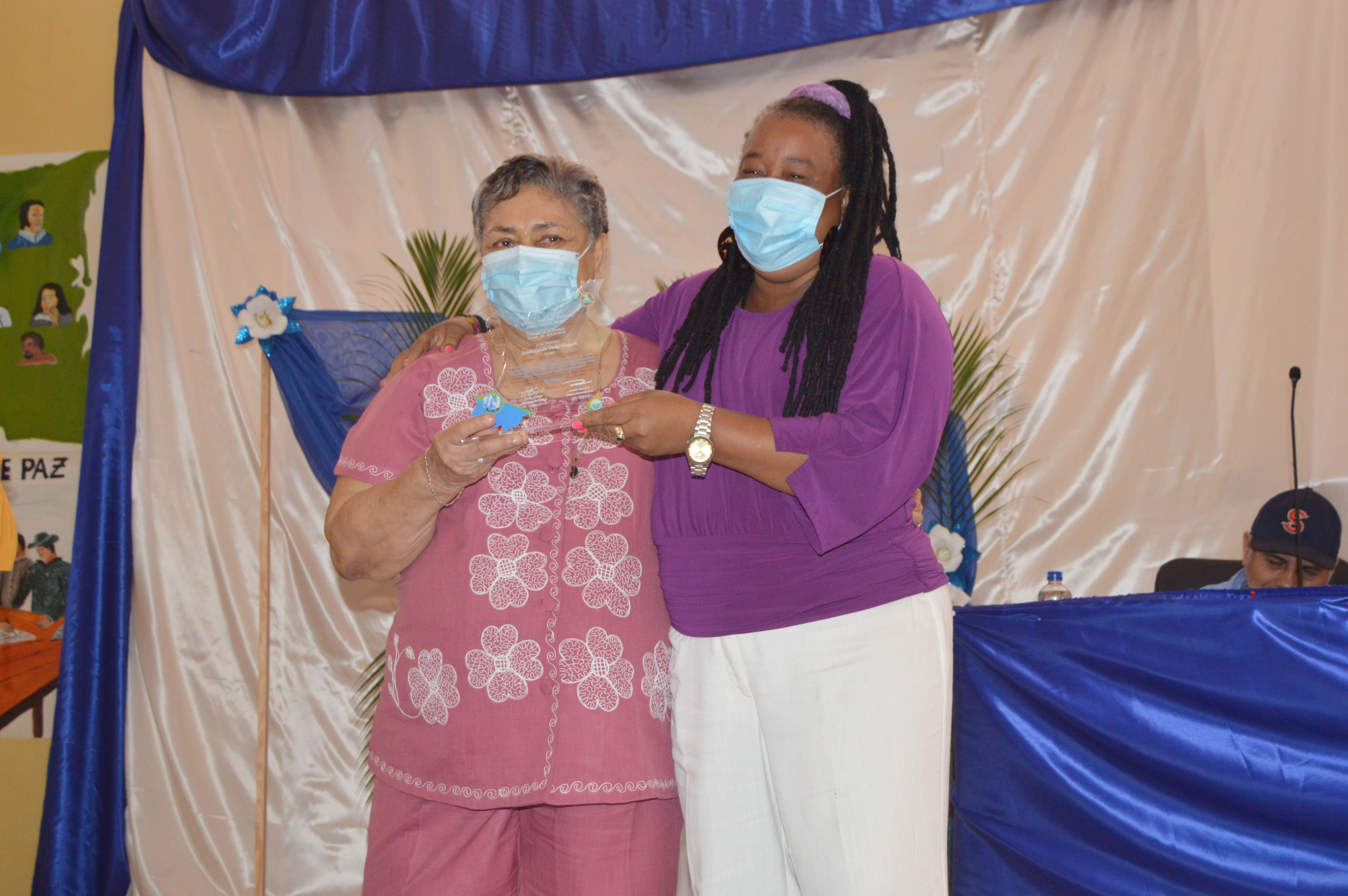 Teacher Hooker has taught URACCAN Bilwi in different areas of knowledge and has promoted various research.

URACCAN had an important participation in the seventh regular session of the 2019-2024 legislative period of the Autonomous Regional Council of the Northern Caribbean of Nicaragua, where the choir made up of students from the Leadership School had the opportunity to sing the sacred notes of the National Anthem and the Anthem of Autonomy in the native languages: Miskitus and Mayangna. The Order of Autonomy was also given to teacher Sandra Carolina Hooker Hodgson, who is a current member of the Pro-URACCAN Association.

In this session, 11 Orders of Autonomy were given to heroes, heroines of the homeland and prominent teachers who for many generations have managed to impart knowledge in the classrooms in the seven municipalities of the North Caribbean. In the event began with the delivery to two teachers from Mulukukú, then Prinzapolka, Rosita, Bonanza, Siuna, Waspam and ended with the municipality of Puerto Cabezas.

Hooker was born on June 10, 1947, on Corn Island, South Caribbean of Nicaragua. From 1968 to 1971 she began her career as a general nurse of Social Security, she was also a western polyclynic supervisor in Managua, and worked at the Victorian Lorenzo Hospital in Panama.

In 1980 she worked at Gray Memorial Hospital, while from 1983 to 1996 she was director of the Center for Regional Health Technical Education; in 1996 she was coordinator of the post-basic project in administration.

In the same year he started as a teacher of the School of Nursing, located in Puerto Cabezas, in the Autonomous Region of the North Caribbean Coast of the country. He was also for three consecutive years teaching, specifically in the careers of Education Sciences with Mention in Biology and Business Administration, teaching the following subjects: Plant Physiology, Systematic Botany, Anatomy I and II, Ecosystems, Self-Sustaining Development and Economics, Research Methodology, Administration I and II, Zoology Iy II in URACCAN Bilwi Enclosure.

At the university, from 2001 to 2008 she was coordinator of the careers of Business Administration and Administrative Informatics, while in 2010 she began working as a consultant at the maureen Caurtney special children's school.

It is worth mentioning that Master Hooker has been a participant in several associations, such as FetSalud, in the North Caribbean, Nurses Association (regional and national), at the same time, is part of the Pro-URACCAN Puerto Cabezas Association. Without leaving aside that he has formed several processes of investigative work.

As a leading teacher in the North Caribbean, contributing to the training of men and women who contribute to the strengthening of the Autonomous Regions and to the development with dignity of the regional process, she was given such valuable recognition, the "Order of Autonomy".