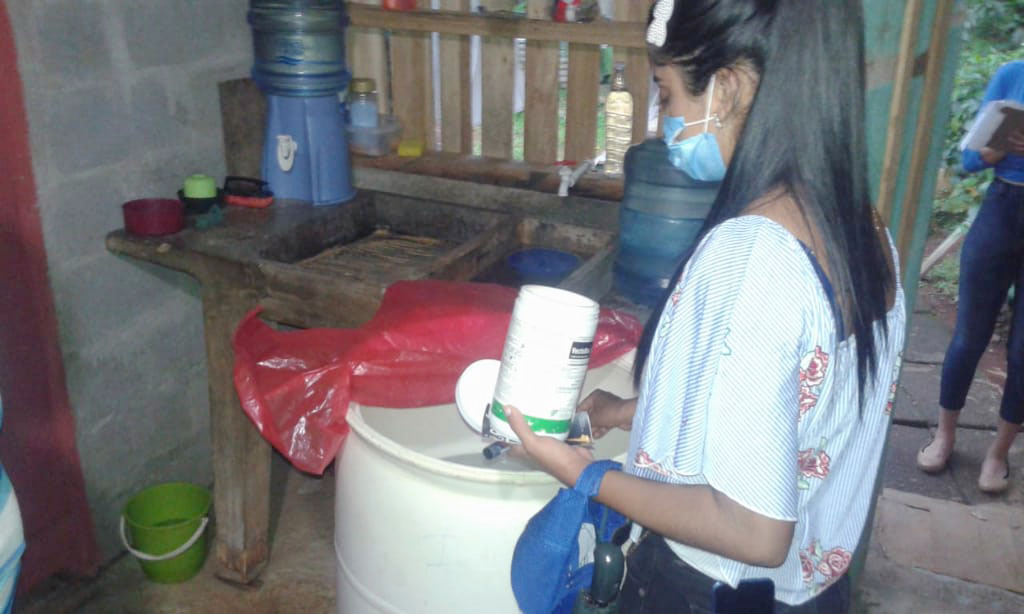 Students are previously trained by the Ministry of Health.

The working day began in August and ends on September 13.

Students of Intercultural Nursing of URACCAN campus New Guinea, in coordination with the Ministry of Health (Minsa), joined the fifth day of application of the biolarvicide, better known as (BTI), a substance that is applied in the containers where water is stored, thus ensuring the elimination of mosquito larvae and, therefore, the well-being of Nicaraguan families.

The families of the city of New Guinea and surrounding colonies were visited by studying the different years of that career and staff of the Minsa, to remind them of the importance of keeping the plots clean, free of hatcheries and depositing BTI in containers with water.

The student was previously trained by the Minsa, especially in the talk given to families. "We ask families not to throw the BTI, because the female mosquito deposits their eggs in the water and this substance kills them, it contains no smell, no color," explained Wendy Moreno, a sophomore from Nursing.

Moreno also noted that "this is part of the commitment we are making as students of this career, which seeks to improve the health of the population".

In this regard, the licensee Sandra Pérez, coordinator of the nursing cart, said that "for three weeks she has been working on the application of BTI and talking to families house to house, as part of a mosquito campaign; this work is under the collaboration agreement between Minsa and URACCAN, and students from all years of nursing have participated."

The working day began in August and ends on September 13, the recommendation is that once the water in the container is exhausted, the substance that accumulates at the bottom of the same is not removed, so that it continues to do its function.