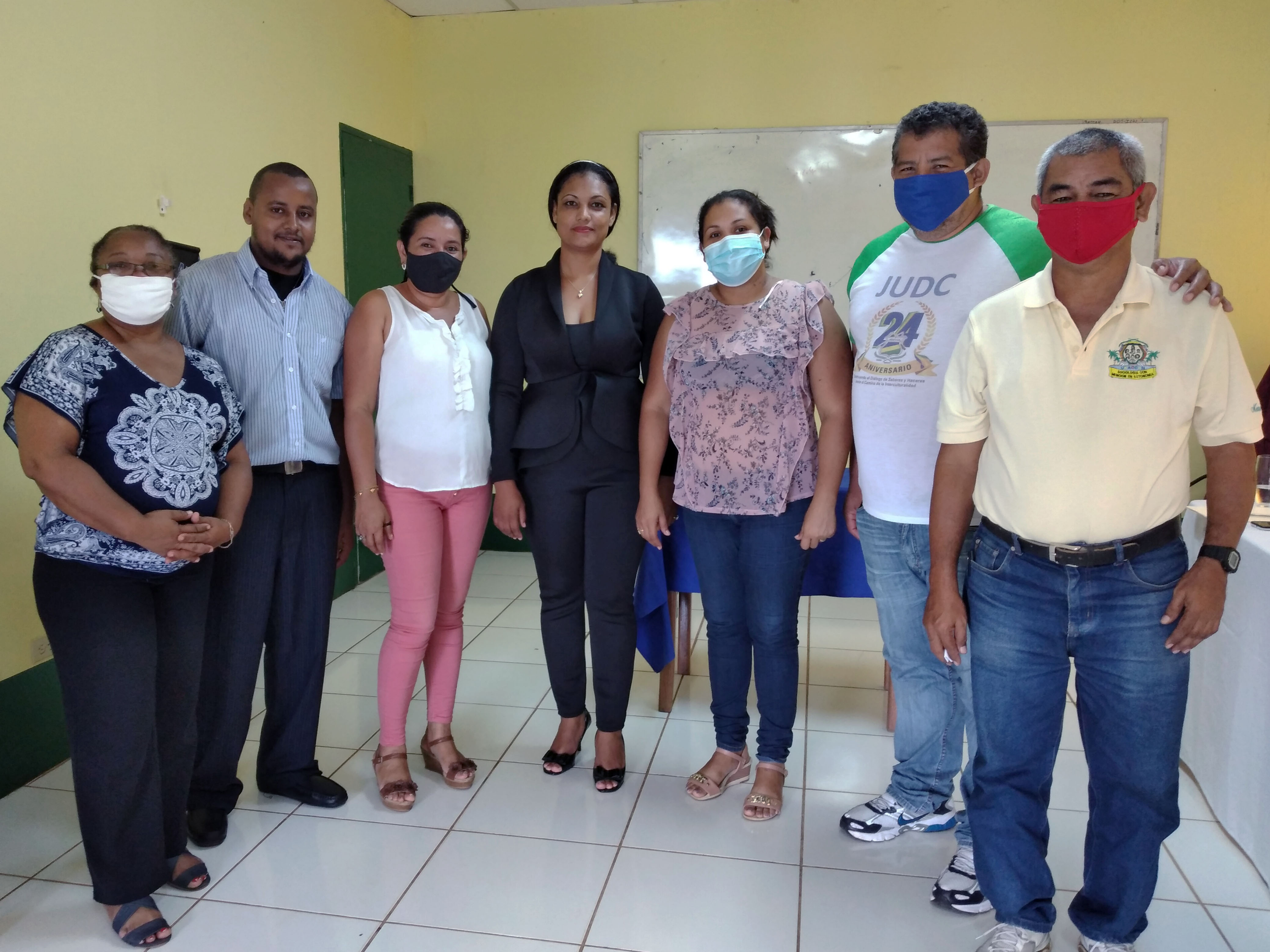 Given certain particular conditions, students defended their thesis without masks (only for that instant), while all present made mandatory use of their respective cover.

This research delves into the culture and traditions of the three communities under study, conciling them with the scientific component.

The University of the Autonomous Regions of the Nicaraguan Caribbean Coast, on its Bluefields campus, has two new professionals: Wyvon Mateo Wilson McCoy, agroforestry engineer, and Cheriani Yaniri Guerrero Allen, of Sociology with mention in Autonomy, who conducted a mixed research, entitled "Indigenous Foods Contributing to the Healthy Food of Children in the Communities of Awas , Raitipura and kahkabila at RACCS, January 2019 to March 2020".

According to the young speakers, this research emerged from a project implemented by the Institute of Natural Resources, Environment and Sustainable Development (IREMADES) of URACCAN, funded by FAO, which consisted of characterizing food native to the Caribbean Coast that contributed to the healthy eating of school-age children in the Laguna de perlas basin. However, the study carried out by Wilson and Guerrero, in addition to providing nutritional values and making food security proposals for the benefit of the communities indicated, deepens their culture and traditions, conciling them with the scientific component.

Faced with this, IREMADES coordinator and tutor of this research, teacher Xiomara Treminio, explained that "this is because of the need to evaluate the food security part in three Miskitas communities with children from 5 to 15 years old. Partnering with both careers is because such research has both social and forestry elements, so it needed a focus on both situations."

Teacher Neydi Gutierrez, Research and Postgraduate Coordinator and Defense Jury, said that "this is the first time that multidisciplinary work of both careers has been accomplished; this research leaves us with many learnings; it is a topic that has little been studied, such as indigenous food and doing analysis from a traditional and productive dimension; this experience was very good, as students from different careers were able to share. Today I heard an agroforestry engineer master social elements from sociology and a sociologist who was able to develop and understand well all the environmental elements that strengthen agroforestry engineering learning."

Study contributions to the community

"I and my partner Cheriani thank URACCAN University and IREMEDAS for allowing us to conduct this research, inviting more mixed research with different themes and careers, always providing peoples with theoretical knowledge and learning ancestral techniques," Wylon concluded.