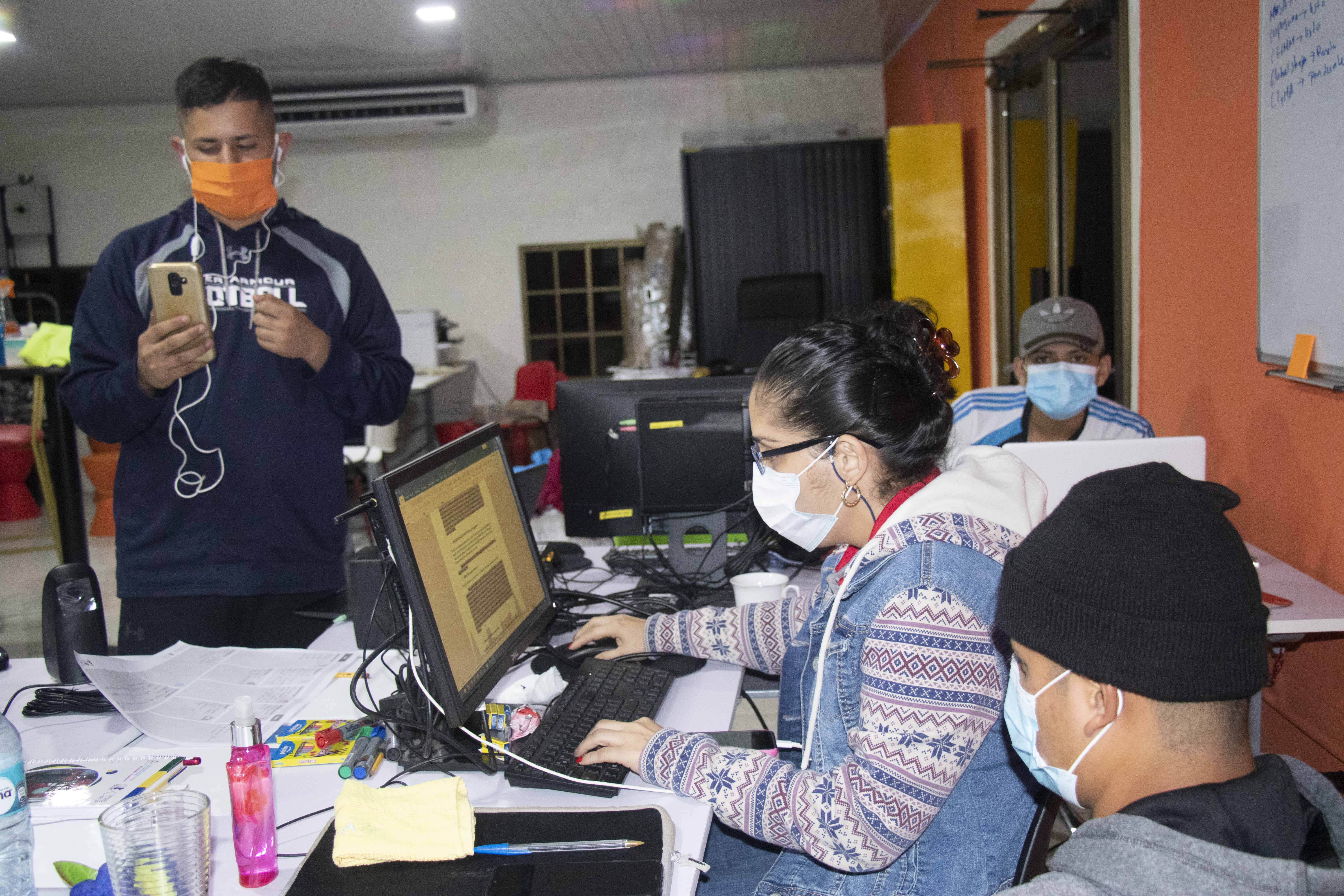 The eight groups that have been enrolled in the Latin American Innovation Rally 2020 are advancing successfully, have shared with other students from Latin American countries and, before nightfall, played on the court of URACCAN Las Minas to stay active and clear the tensions caused by the intense working day, which will end tomorrow.

Dayanara Onsang, an Ecotourism student, is at the Rally and says they have already shared with other university students from other countries and have been working on their presentation TikTok, one of the applications being used at the event. In addition, they are gradually making progress in gathering the necessary information that will enable them to make the proposals for a solution to the challenge they are working on.

Teacher Ada Madrigal Ramirez reported that everything has happened without incident. Logistics, registration, search for information and sharing with other international headquarters, as well as other activities, have been developed without dynamically.

In addition, as part of the support for the student, the institutional committee organized recreation and de-stress activities. It is hoped that for the night there will be campfires and meetings that allow students to relax and think assertively about their proposals. At night you also plan to have a buzz, which will allow the different teams to have a little recreation.

Engineer Elkis Aismara Ortega explained that students have been in libraries for several hours and there are five teams in libraries, whose challenges have defined well, as well as the TikTok challenge with foreign students.

The proposal for a solution to the challenge is raised. Now it's only time to polish it and finish the TikTok and make the YouTube video, as stipulated in the competition bases. All teams have made successful progress, at a level that will allow them to finish the challenge they have chosen, with great quality.