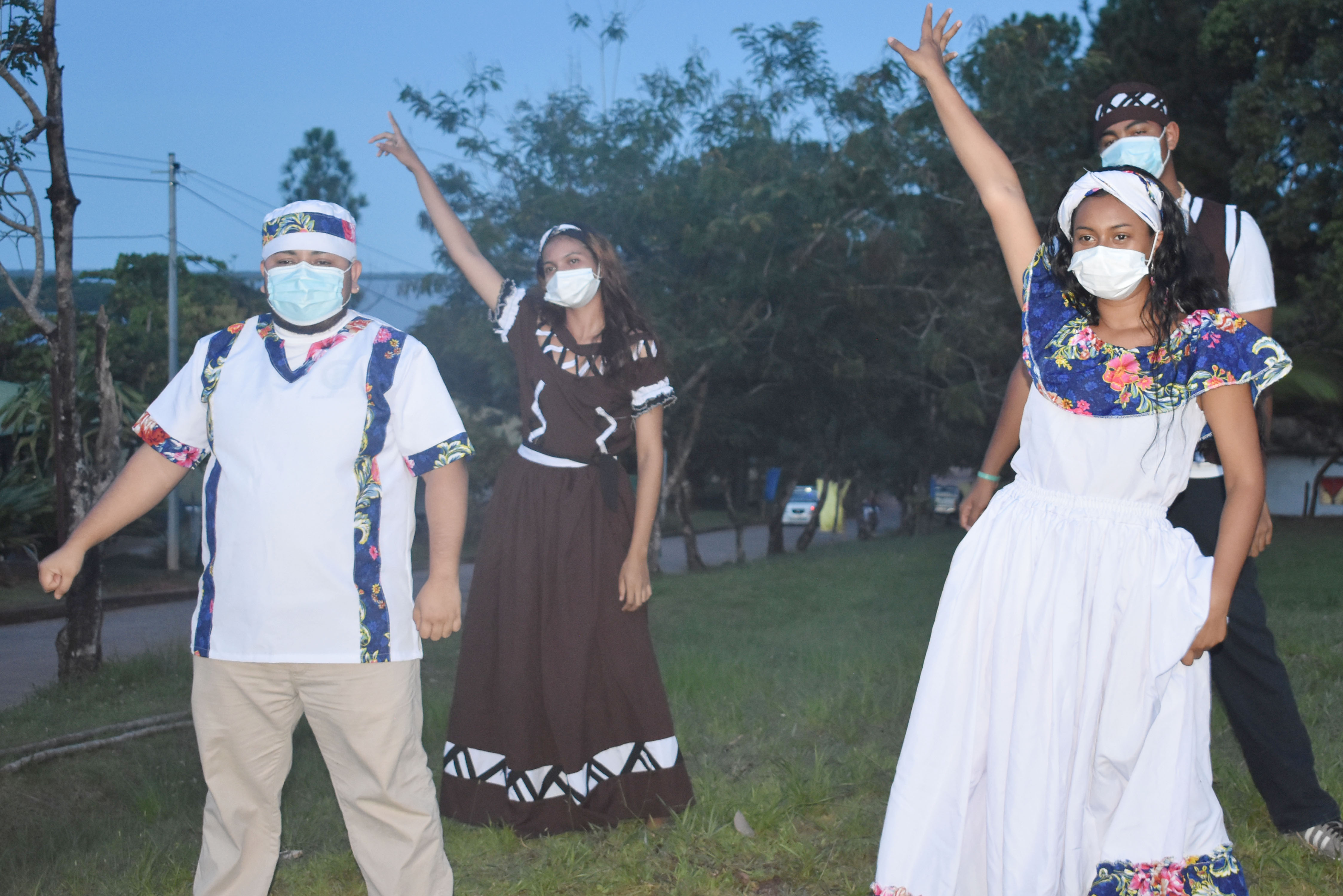 Participants have been enthusiastic about their recordings, exchanging cultural traditions.

Despite the intense working day, the girls and boys are still full of energy and enthusiasm.

URACCAN authorities and students who are participating in the international innovation and technology event provided, before the cameras of the Intercultural Communication team, statements about their innovative proposals and their feelings after more than 12 intense hours of work.

According to Bluefields Campus Graduate Tracking Director MSc. Silvan Fagan, all groups are already giving concrete form to their proposals, which are based on the culture and traditions of the indigenous and Afro-descendant peoples of the Caribbean Coast.

As part of the interactions between Latin American universities promoted by this Rally, URACCAN teams in all their venues are working on a TikTok challenge with participants from other countries, which they will publish within 20 hours of the challenge. This activity has been of motivation for them and them, because they have been practicing for their recording, integrating indigenous elements and putting into play all their creativity and energy.

In this sense, one of the university girls participating in this event, Dayanara Onsang, defined the experience as relaxing. "Thanks to the multidisciplinary team we have been able to move forward satisfactorily. The workshops they taught us before helped us a lot. The experience with other venues has been fun, it has allowed us to exchange ideas and move forward," she said strongly.

At the New Guinea campus, URACCAN's academic director, MSc. Letisia Castillo, he stated that he perceives the very excited students, full of vitality, emphasizing the obvious emotion of these by his recordings of TikTok with other countries, which means that they are showing the face of the Caribbean Coast to the world.

From the Bilwi campus, teacher Any Marley, coordinator of the Center for Multi-Ethnic Women's Studies and Information (CEIMM), who shared the experience of accompanying participants and the influence that the intercultural gender perspective has had on them, through which they devised inclusive proposals, which address specific problems in the region.

Garry Wilson, from the same venue, expressed his enthusiasm for being in this competition, highlighting the importance of exchange with young people from other universities, with whom they held different activities of communication and cultural exchange, showing the best of the culture of each country. Wilson's team will send you a Palo de Mayor TikTok.