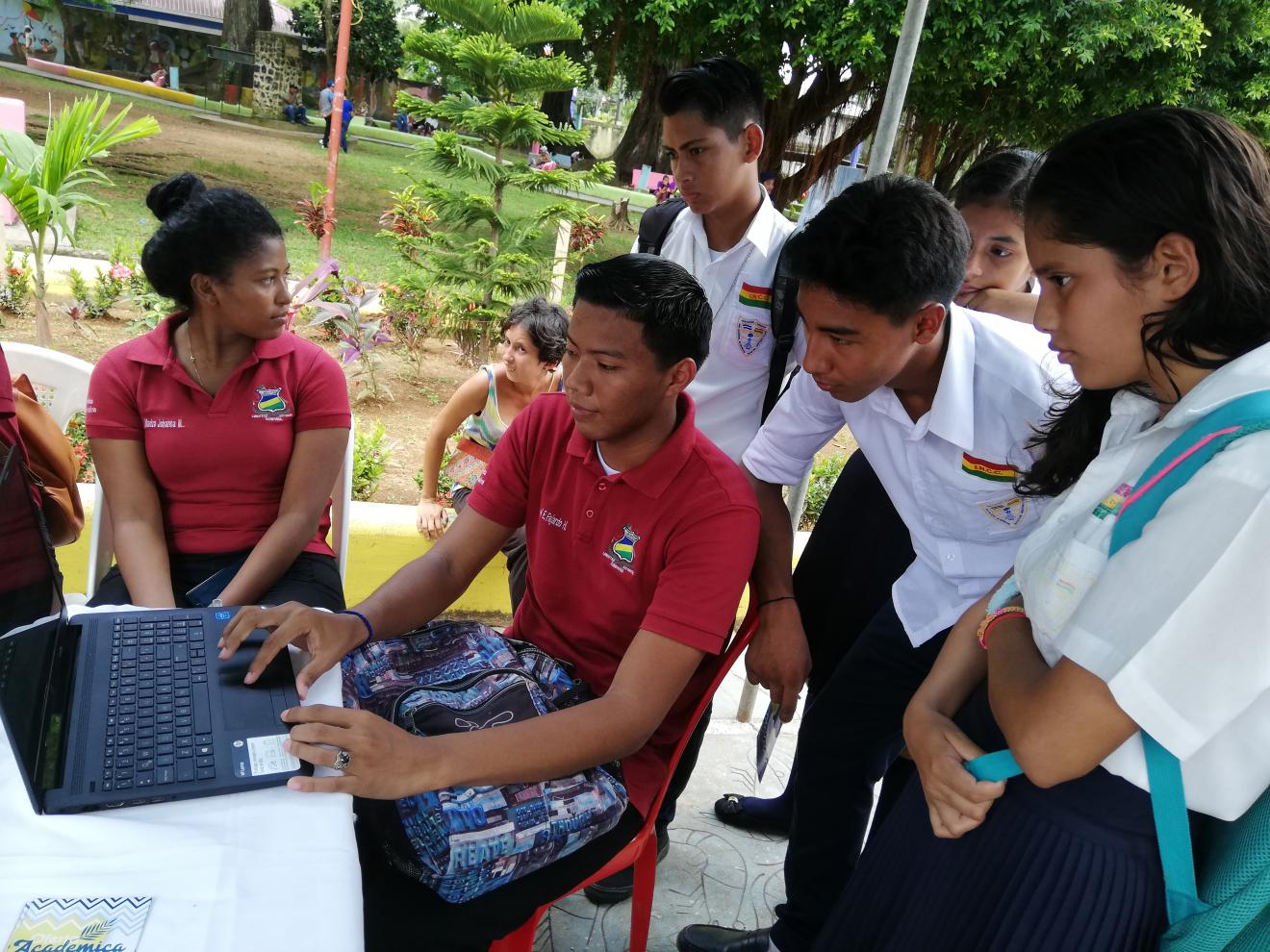 Diverse participations in entrepreneurship and innovation

In greeting the XXV Anniversary of URACCAN University and the XXXII Anniversary of the Autonomy Act, URACCAN, at its Bluefields university campus, coordinated with the Regional Government Youth Secretariat, developed the First Technological Fair, in Reyes Park of the city, with the participation of young people and adults.

The fair presented technological advances such as robotics projects, presented by URACCAN students, promotion of Creative Entrepreneurship, Dance, Culture and a Free Fire Tournament (with more than 100 participants), in order to promote Communication and Teamwork, in addition, during the fair was attended by the Dance Group of the Colegio San José and the Dance Group of URACCAN.

The Msc. Gustavo Castro, mayor of the City of Bluefields, congratulated URACCAN and the Secretary of Youth for taking the activity out of classrooms and bringing to the population educational and business work, "which must be a constant practice so that we can see how to resolve the different situations, is a way to incentivize and conceive that we must be constantly renewing , innovating, researching," he said, adding that URACCAN University is a space to promote debate, generate and promote ideas, and urged that such activities be promoted every year.

For her part, Maestra Diala López, vice-chancellor of the URACCAN Bluefields venue, said that URACCAN is partying, "since this next October 30th we will be 25 years old to have settled here on the Nicaraguan Caribbean Coast. In addition, López added that "It is a very special day because we are developing the First Technological Fair, which is a space where they can share the knowledge and experiences learned, and the results of research projects, innovative and entrepreneurial projects, as a university we are aware of the importance of consolidating entrepreneurship and innovation in the young people of the Costa , because they are agents of change, and promoters of social and economic change," he shared.