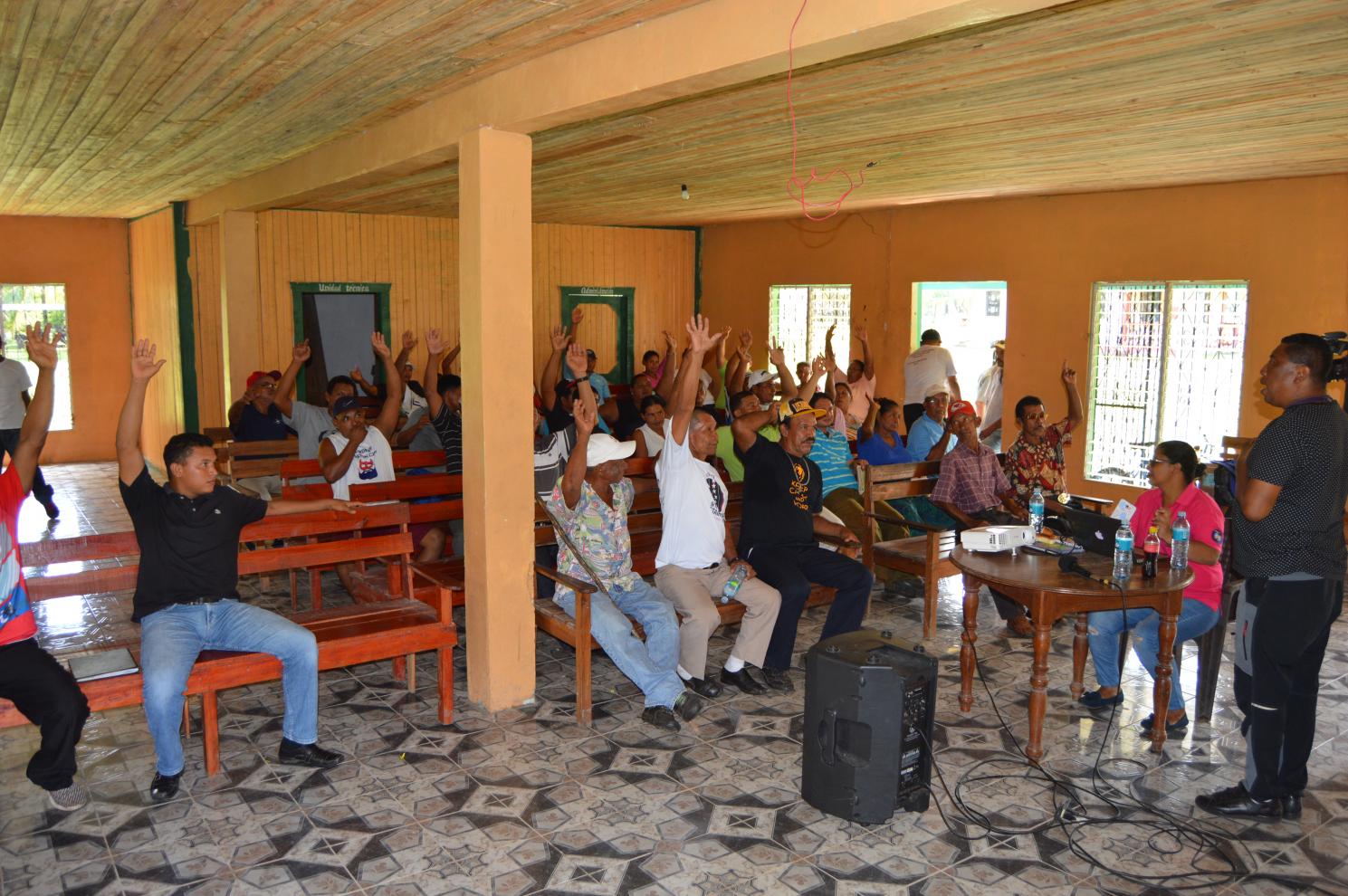 In this sense, the Institute for Studies and Promotion of Autonomy (IEPA-URACCAN) held Communal Assembly in the Community of Tuapi, North Caribbean, jurisdiction of the municipality of Bilwi, Puerto Cabezas, to present the "Statute of Community Governance". The proposal was approved and will be put into effect by the new authorities in the coming days.

With this type of commitments, the university gives life to the function of Social and Community Accompaniment, which throughout its 25 years has prioritized in all its strategic plans.

URACCAN's commission consisted of Sesiah Davis, Dixie Lee, both IEPA and teachers Denis Peralta and Ivania Padilla. The assembly was presented with leaders, leaders, sages, sages, sons and daughters of the indigenous community of Tuapi, who positioned themselves on the document, giving contributions, observations and suggestions that strengthened the regulations, now validated by the same community.

According to Dixie Lee Smith, IEPA coordinator of the URACCAN Bilwi Campus, this was the final phase of the process of building the statute, "this is done on the basis of an agreement that was made between the community and the university authorities, so that we could accompany him on the issue of governance," he said.

Fourth meeting with the community

Lee, he said this was the fourth meeting developed and it is important to note that the construction of the governance statute is an articulated work with the Community, "we have done it collectively, they are architects of their own development," he said.

Approval of the statute

The active members of the communal assembly agreed with the improvements, with each chapter and article that determines the document and unanimously approved the new "Tuapi Community Governance Statute".

A look from his shareholders

Luisa Lorena Zacarías, teacher and inhabitant of this community, said she felt "happy, cheerful for this status that they are giving us because before that we had no status, we did not know the laws", in addition she thanked the university for the accompaniment they have provided in the construction of this document.

Like course, Jerry Labonte, the current syndico of the community, argued that "the community for years has tried to make this statute so that the people walk under a law", that is why Labonte contacted URACCAN for the construction of this communal regulation, being the first phase, the signing of an agreement, "URACCAN accompanied us and today I am very happy (...) 13 days from now we're going to set up a big assembly to give information and then we're going to have a big traditional party to say hello to the incoming government," he concluded.