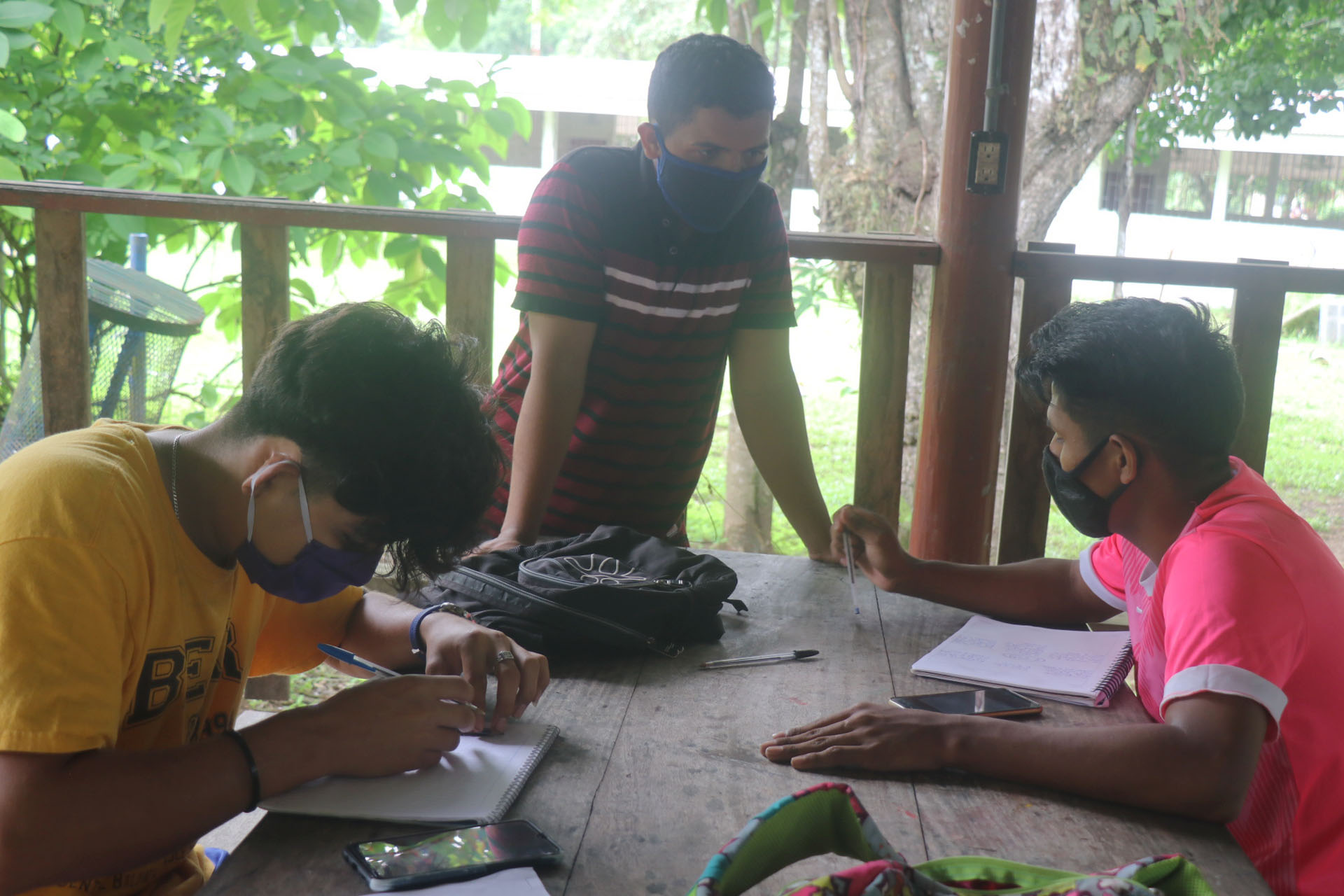 Young Mayangna: "My community will have an intercultural nurse"

Obtaining a scholarship at URACCAN is critical for an indigenous Mayangna or Miskito student who arrives at the student residence with a determination to professionalize. This was expressed by two young men, from Sahsa and Musawas respectively, who study Intercultural Nursing at the Las Minas campus, on their Siuna campus.

Kenya Madelin Taylor Bruno, from the Mayangna community, says he must travel more than nine hours to reach the student residence in Siuna, from Musawas, located in Bonanza.

"I have to travel on foot on a bad road, for two hours, to get to the community of Suniwas, there I take a bus that takes me to Bonanza; in Bonanza I go on another bus for two hours to Rosita; in Rosita I take another bus and travel for four hours to Siuna," Taylor Bruno said.

The young indigenous woman categorically stated that without URACCAN's scholarship she would not have been able to study, as her parents have no financial resources to pay for a university. This benefit comes from 6% constitutional and URACCAN's development fund to boost regional talent.

"I am very happy because in addition to professionalizing at URACCAN, my community will have an intercultural nurse who will help care for the diseases of my community," said the young Mayangna.

Charly Bob Gonzales is the other indigenous student, of Miskito origin, who arrived from the community of Sahsa, jurisdiction of Puerto Cabezas. He has two years of enjoying a scholarship awarded by URACCAN, which allows him to study in Siuna and be admitted to the student residence.

For Charly it was not easy to start, "because one is entering college, but gradually one adapts. There are many benefits, for example, that we don't spend all three times, sleep, energy, and that's a big advantage for me to stay in school," said Bob Gonzales.

High schoolers who wish to achieve a scholarship at URACCAN must meet a number of requirements; the Scholarship Commission then reviews on a case-by-case basis and approves student applications. In this way URACCAN ensures the presence of indigenous, Afro-descendant students and other ethnic communities in the processes of professionalization on the Caribbean Coast.