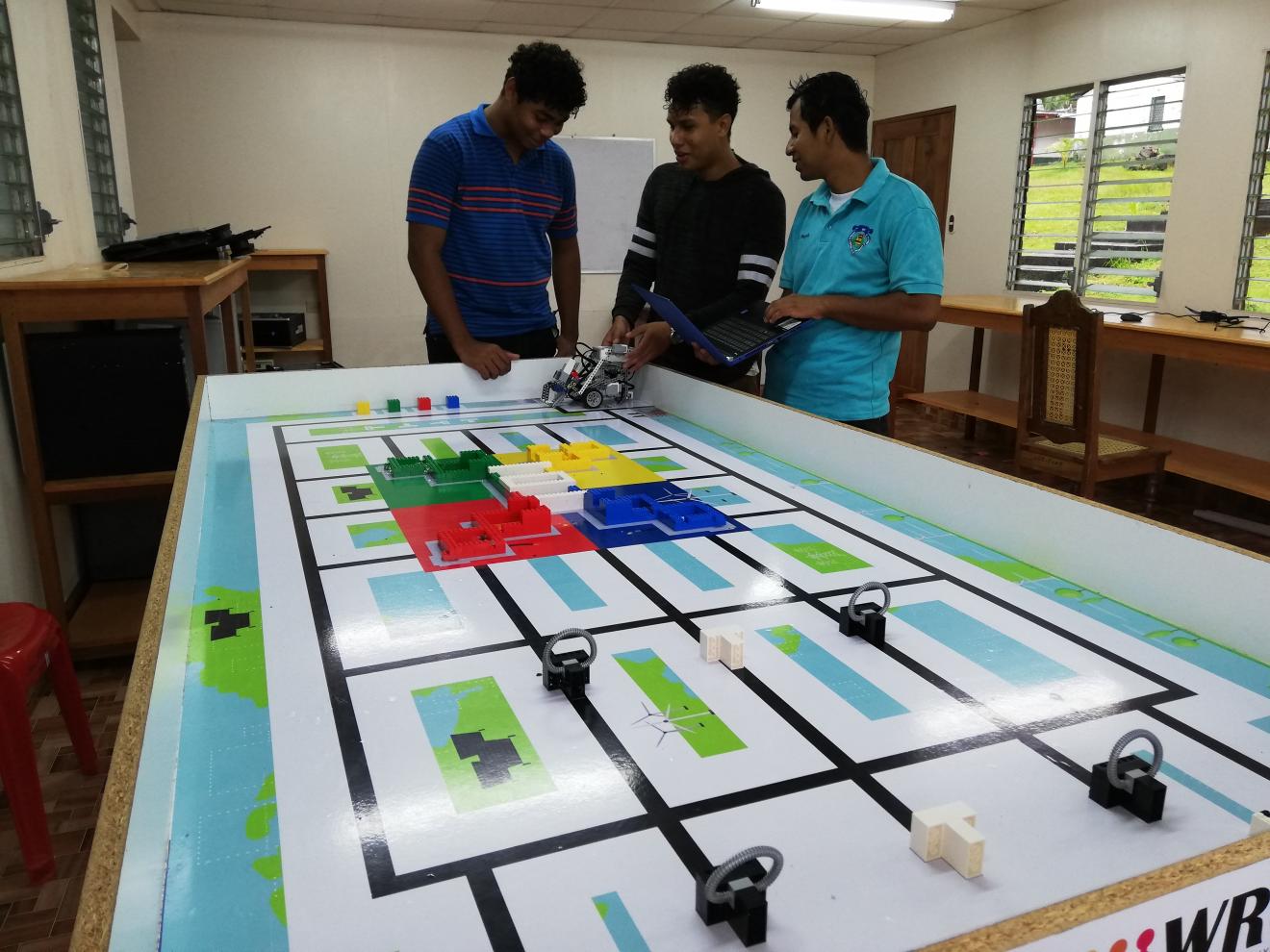 By: Betty Omier and Judith Robleto

URACCAN, in its processes of strengthening the capacities of its human talents and the relevant preparation of its students, promotes the active participation of young people in the processes of the university, in this sense, students of administrative computer science and agroforestry engineering of URACCAN Bluefields enclosure, will participate this next September seven in the III Olympics of National Robotics in the city of Managua.

According to Yader Fajardo, SITICI coordinator at the Bluefields campus, the university's participation has been made possible by the support of the Aprendo and Emprendo project, "We also have the support of SITICI through the director, Master Marlon Peralta, who provided us with a total of four EV3 kit, plus two expansion sets, these kites are for educational development and form with them innovative and entrepreneurial ideas that allow us to exploit new skills with the management structures that can be assembled with very simple chips, which are lego tokens, that generate a robot that can be of high capacities and that can be translated into a machine," he explained.

According to Fajardo, this is the first edition in which a delegation from the Bluefields venue will participate, "The boys are very animated and most importantly they are at an age who want to learn something new, I am surprised by their availability, creativity and above all their sacrifice and are putting everything on their side," he adds.

For his part, Deysan Rodríguez, student of Administrative Informatics, prepares, together with his colleagues, the project "Smart City", which is a circuit where the robot has to perform several challenges in the least possible time, in addition, Rodriguez assures that "we are each passionate about programming and I feel very cheerful, it is the first time that we will participate and we will acquire experiences and learn new things" Said.

For teacher Jancy Moraga "Educational robotics improves teamwork, creativity and personal motivation" also refers that "critical students are created, but at the same time analytical because it helps them the logic to solve problems and is applicable in classes such as mathematics, physics and programming, without obviating that it helps the student solve practical problem of life and academic" Explained.

Bryan Palacios, part of the robotics team, also mentions that "we have developed more knowledge about programming, we work in companionship as a team; you put into practice what you learned in calculus, math, physics as science classes," he said.

The team has worked on an original design as part of the rules of the contest that is expected to take place on September 7 at Lincoln College in the city of Managua.