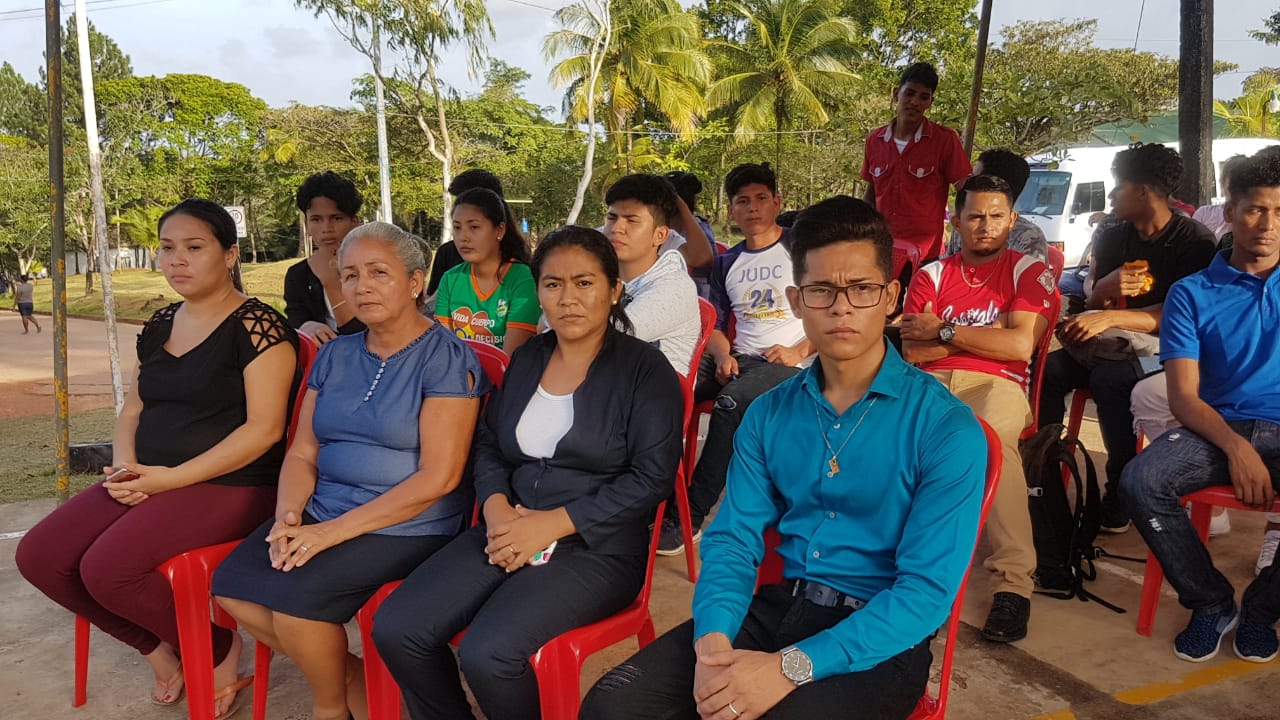 Official launch of URACCAN's 25th Anniversary at the Bluefields Campus

With the realization of an event attended by the university community and society of the municipality of Bluefields, the official launch of the XXV Anniversary of URACCAN was held at the URACCAN Bluefields campus, coinciding with the Black Heritage Month of Indigenous Peoples.

"Today we coincide with the official launch of our XXV Anniversary and it is done within the framework of all these commemorations, for that recognition given to the rights of indigenous peoples and Afro-descendant peoples and this is related to our mission and vision as a university and our model of university, which allows us to be inclusive and integrate in our classrooms people with disabilities , to people from the different communities that are far from the city of Bluefields," argued the vice-chancellor of this compound, Diala López.

In addition, López added that with these 25 years the walk of URACCAN is being commemorated, weaving interculturality with peoples, achievements related to sustainable development with the identity of these peoples and the strengthening of the regional process, stressing that "In these 25 years we have served students from indigenous, Afro-descendant and mixed-race communities, but also students at the degree of other countries , not only from Nicaragua, an example of this we have had a student from Japan and she is a graduate of the sociology cart and continues in the country contributing to that strengthening, not only of the region but also of our country," she said.

In addition, the vice-chancellor commented that at the graduate level students have been cared for not only from the South and North Caribbean Coast of the country, but that students from Colombia, Ecuador and Bolivia have been had, creating intercultural learning spaces, "Enriching the knowledge of students as well as facilitating meaningful learning, based on endogenous and exogenous knowledge. It is important to mention that most of our graduates work in state institutions as delegates, coordinators and technicians at NGGs and at the same university, the way they contribute to the process of regional development," he noted.

Also, López pointed out that in these 25 years, as an Intercultural Community University, peoples have been accompanied in processes relevant to the development with identity, the care of Mother Earth, education and intercultural health, depending on the social welfare, the Good Living and living with dignity of these peoples.

In this sense, the teacher emphasizes that these accompaniments have been made from the Research Centers and Institutes, among which she mentioned the accompaniment to indigenous and Afro-descendant peoples in the process of demarcation of three territories of the South Caribbean, (Lagunas de Perlas, Rama Creol and Awaltara), who have already received their title of ownership.

Similarly, he highlighted the accompaniment to the Regional Health Model, the establishment of the Regional Education subsystem, the declaration of the Pearl Calluses as a marine protected area and the accompaniment for the joint construction of self-management tools, among other processes achieved in this URACCAN walk, contributing to the strengthening of community leadership, self-management to the territories and communities , the participation of these in the different decision-making spaces, the recognition of traditional doctors, the revitalization of the cultures and languages of the region, intercultural education, innovation and entrepreneurship, the professionalization of empirical teachers in the areas of Spanish, Biology, English, Pedagogy and History, thus contributing to the training of human talents and to education at the second level in the region.

Finally, the vice-chancellor acknowledged, "The contribution of our teachers, students and administrative staff, as a university we continue and will continue to promote intercultural education, the model of Intercultural Community University, contributing to the development of peoples and the Autonomous process", concluded.