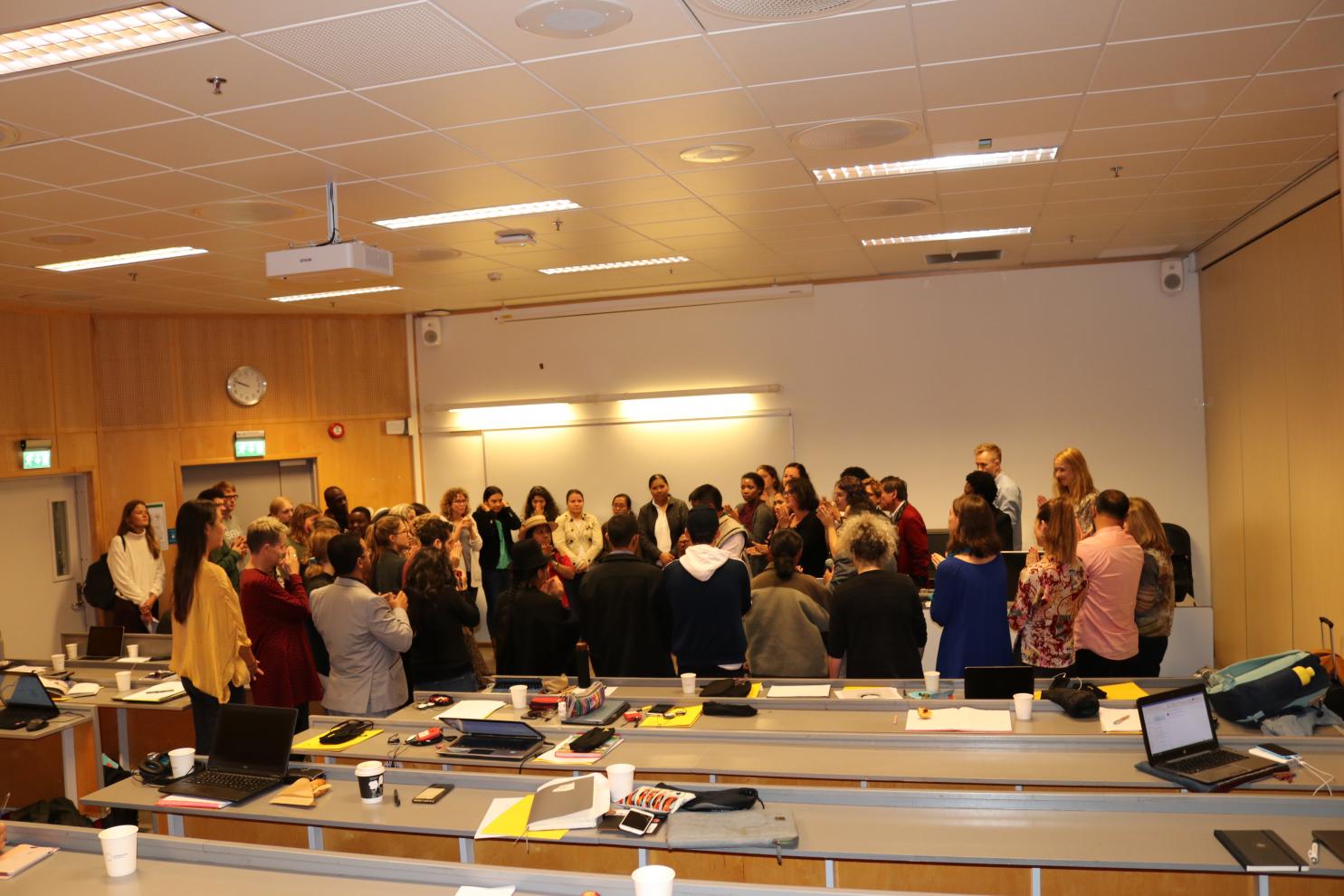 Experiences of decolonization in Higher Education

With the holding of a spiritual ceremony, to weave bonds of harmony and brotherhood, he began the seminar "Experiencies of decolonization of higher education", to be held during 05 and 06 September of the current, at the University of Oslo Metropolitan (Oslomet) in Norway, where delegations of the universities members of the Network of Indigenous Community Intercultural Universities of Abya Yala (RUIICAY) participate.

The harmonization ceremony was performed by the indigenous sage of the Nasa people of Cauca-Colombia, José Heliboltazar Plaza, who thanked Mother Earth for allowing grandpa Sol and Grandma Luna to participate in these spaces of decolonization.

The elements used during this spiritual harmonization were coca in drink, plants dehydrated between them, fresh which is a plant of the moor, for contentment and joy, white yocuna was used for strength, condorcillo, tache cedron, Coribono toronjil for cleaning, cocker-plant, fresh elf, coribano, and also essences with elements of power, chonta coca and drink , each participant mambo (masticó-pikchear) coca leaves and transmitted good energies through harmonious hugs. 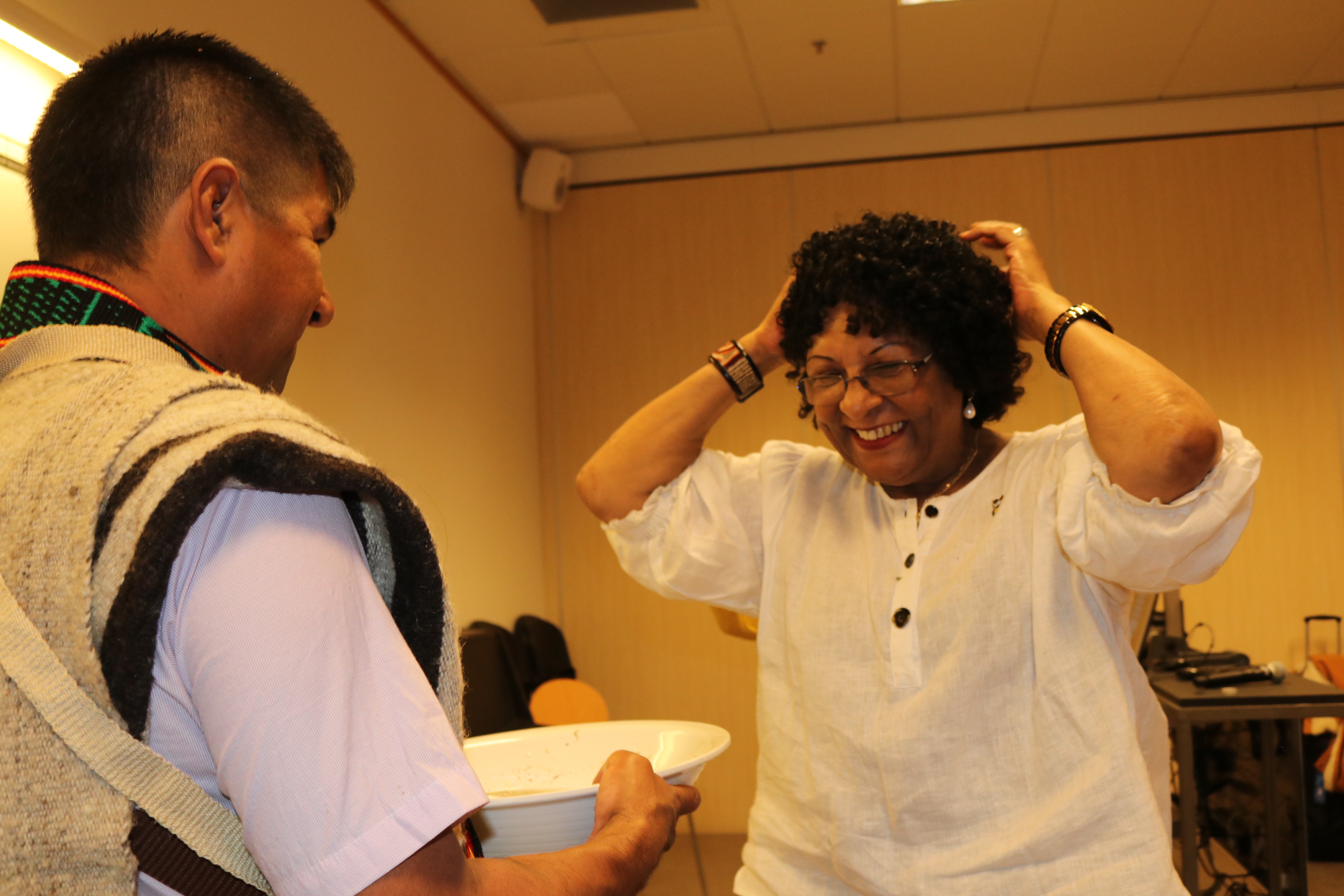 Among the participants of the Network of Intercultural Indigenous Universities of Abya Yala, are students of the International Master's Degree in Intercultural Communication with a gender approach of I and II court, as well as authorities of the University of the Autonomous Regions of the Caribbean Coast of Nicaragua (URACCAN), Universidad Autónoma Indígena Intercultural (UAIIN-Colombia), Pluriversidad Amawtay Wasi (Ecuador) and Universidad Ixil (Guatemala), also of universities of Uganda and Norway respectively.

One of the presentations developed during this sharing is led by Dr. Alta Hooker Blandford, rector of URACCAN and coordinator of RUIICAY, where she refers to the experiences of Higher Education from the universities of Latin America; Similarly, Master Gerardo Simbaña, representative of the Amawtay Wasi Pluriversity and the teacher Nixón Yatacue, representative of the IAUIN, will participate in the panel called "Tool for the Decolonization of Higher Education".

In addition, Pablo Ceto, rector of the Ixil University of Guatemala will participate in the panel "Higher Education, Extractive Industries and Climate Change. What knowledge is recognized prior to investment in indigenous territories? What conflicts arise according to lack of knowledge or invisibility of knowledge?"

At the end, Master Luis Fernando Sarango, representative of the Amawtay Wasi Pluriversity of Ecuador, will reflect on the decolonization of higher education from the vision of the intercultural community universities of the equator, taking as reference the Amawtay Wasi.