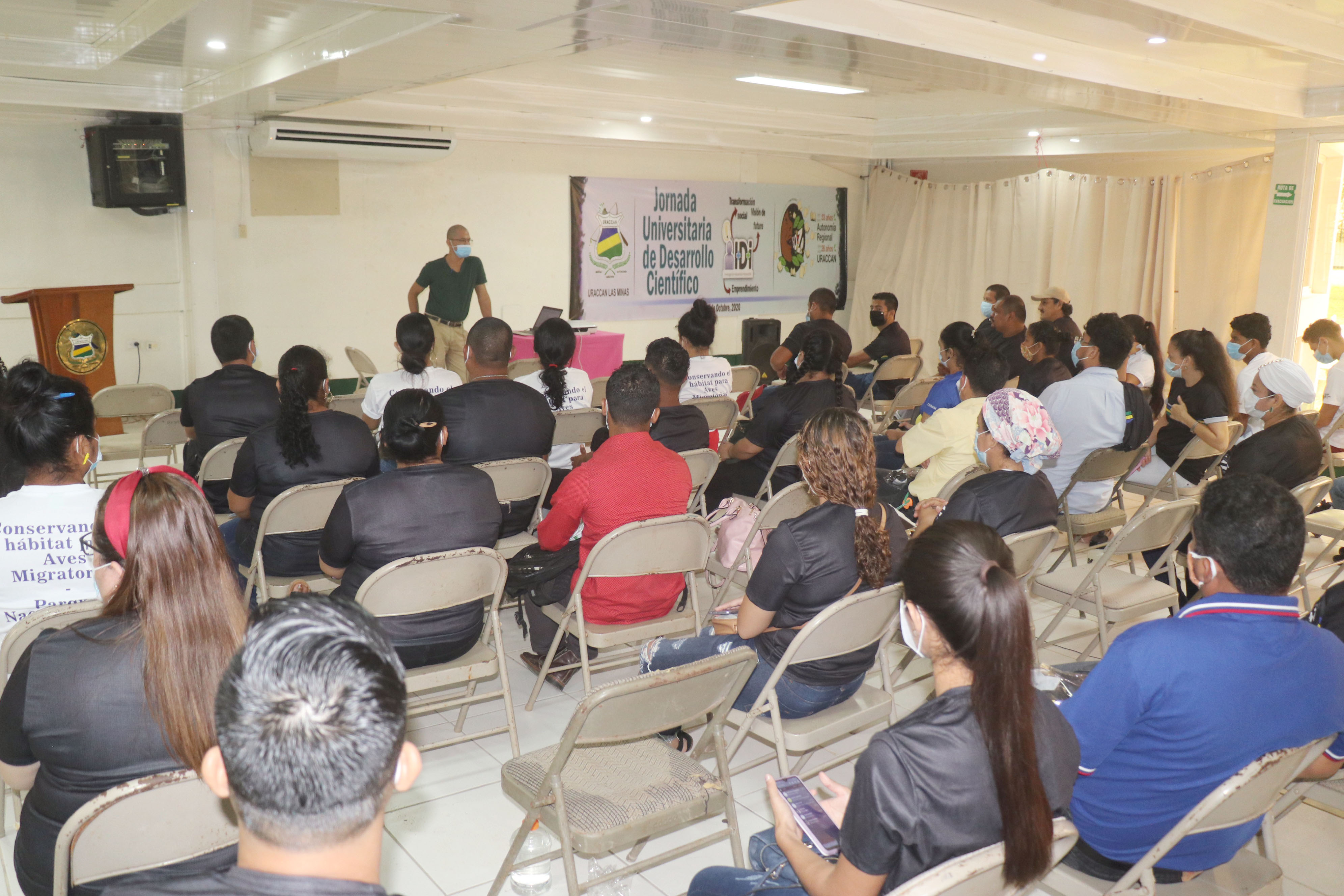 Diaz indicates, as one of his conclusions, that the maintenance of the richness and diversity of species has been achieved.

"It had a positive influence on the conservation of forests and wildlife."

The research called "Assessment of the distribution of terrestrial mammals to measure the impact of the management of the productive areas of indigenous communities", was presented by Fabricio Díaz, a member of the Wildlife Conservation Society (WCS), during the University Day of Scientific Development (JUDC), which was supported by the American Bird Conservancy (ABC).

The study was carried out in indigenous territories where miskitus and Mayangna ethnic groups live, in the part comprising the Moskitia and part of the Bosawás reserve.According to its author, the objective of this research was to evaluate distribution patterns and possible short-term changes in the composition of wildlife at landscape level, along gradients of human use in the study areas.

Diaz noted that the influence of human activities on the distribution of wildlife at landscape scale was also assessed, along different levels of intensity of indigenous use.

In addition, Díaz studied the patterns of distribution of landscape-scale fauna within gradients of human use in indigenous territories, as well as potential trends of change in wildlife populations, after implementing human silvopastoral management activities around indigenous communities.

The main findings of the study indicate that, in general, the wildlife community has not changed on a large geographical scale, the maintenance of species wealth and diversity and the "general good condition" of wildlife on a large geographical scale have been achieved; human pressure on forest areas and wildlife, close to communities, was kept at acceptable levels; and positively influenced the conservation of forests and wildlife, which is an indication of compliance with conservation agreements," said Fabricio Díaz.

Wildlife Conservation Society and American Bird Conservancy, in combination with URACCAN Las Minas, execute environmental and bird conservation projects and processes in the buffer zone of the Bosawás reserve.