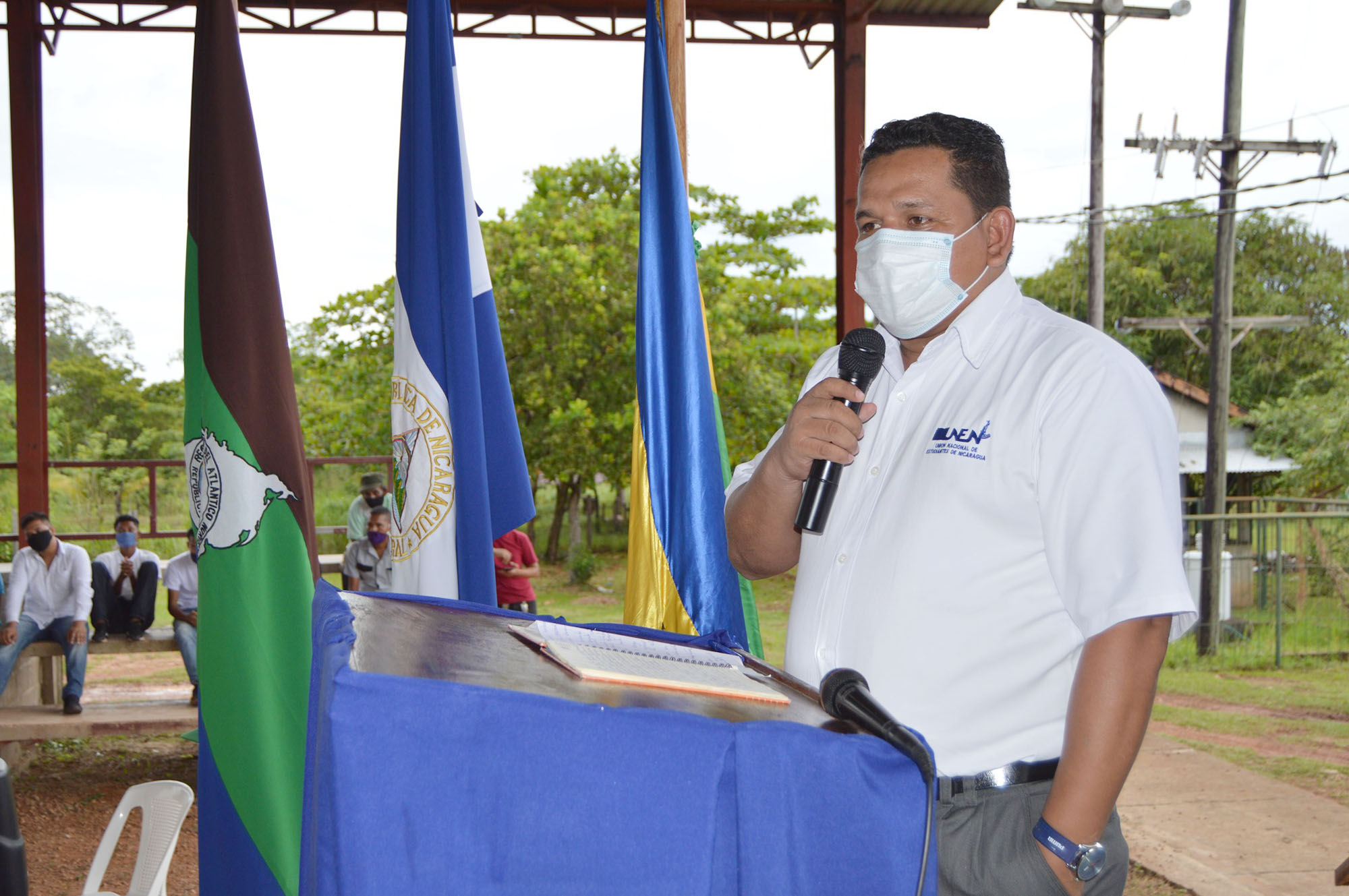 "Thanks to all this integration we are guaranteed that this struggle for our rights will strengthen us day by day."

The inaugural ceremony of the XXVI Anniversary of URACCAN and the XXXIII Anniversary of the Statute of Autonomy, held at the Bilwi campus, brought together important university and regional authorities, among which was the participation of the President of the National Union of University Students (UNEN) of URACCAN, Rubel Chamorro.

The student leader emphasized the transcendence of bond between the URACCAN and the student authorities, through which great successes have been achieved and we are safely moving towards greater achievements.

"Every university must have a close relationship with its students, they have fought tirelessly to integrate into each activity that runs their study house," said Chamorro, who thanked at all times the unconditional support of the rector of this institution, Dr. Alta Hooker.

"The student movement has been gradually integrated, adapted to different changes, a process of harmonization has begun, integration with representatives of the other venues to articulate and attend meetings and work towards advancing as a university," Chamorro said.

The student movement has opened doors in the different space: within the university councils, Economic and Academic Commission, in Innovation and Entrepreneurship, in the Central American Federation of the Caribbean, where each has his own voice and vote.

The articulation with the authorities of each campus and the unconditional support it has had on their part has been key, so that the student movement has participation in space and its effort to ensure the needs of the student community is valued.

Thanks to this articulation achieved between university authorities and student leaders in the different URACCAN campuses has allowed this whole large family to move in one direction, which has allowed us to organize activities such as student congresses, student exchanges between each of the territories, which "strengthens us and unify us as students, because you can observe the cultural diversity , academic, sporting and fraternal," concluded the leader.