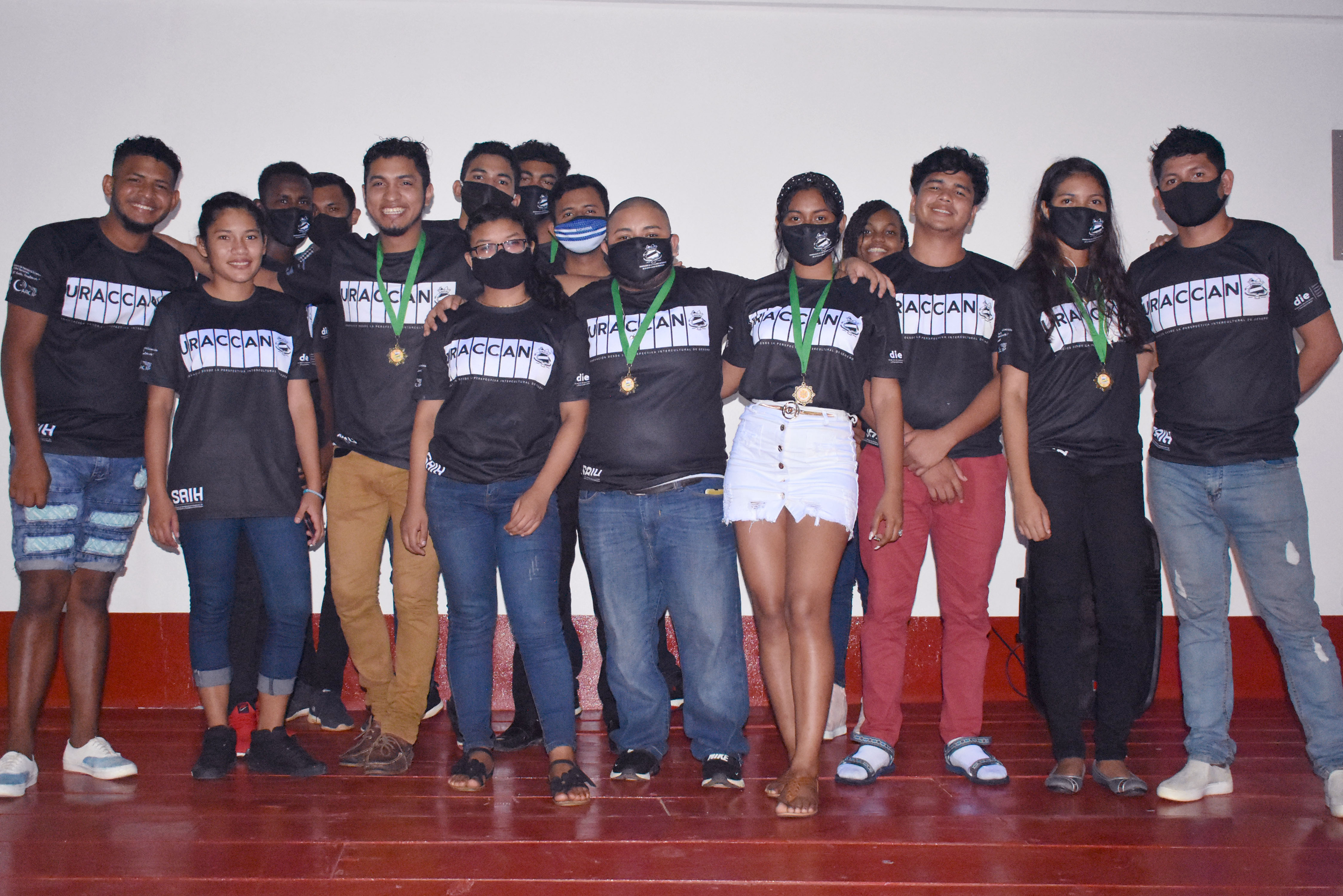 Tyler Moreno: "URACCAN has always instilled in us to be proud of our roots."

Recognition of student creativity and commitment

In URACCAN Bluefields venue was held a space of coexistence with young people who were part of the Latin American Innovation Rally 2020, as a form of recognition of their work and commitment during that event, where they deployed their creativity, knowledge, skills and skills. This activity was carried out under the coordination of Vice-Chancellor, in conjunction with the Academic Secretariat and UNEN.

Teacher Diala López, vice-chancellor of the venue, shared that this coexistence "was oriented to share with the students, to recognize that effort that they developed during those 28 hours in which they were creative and innovative, in presenting ideas and proposals to solve the challenges that were presented to them by the organizers of this event".

In the course of this activity, the vice-chancellor of this campus gave medals to the group of young people who won in the TikTok phase, which consisted of making a short video in this application, where participants would link their culture with that of other participating countries; in this case, this team made a merger with a group of Mexican boys.

Tyler Moreno, a sociology student and who was leader of the winning group, explained that "from URACCAN, as students, we have always been instilled in the subject of being proud of our roots, proud to be costeños, the goal was to conduct a cultural exchange, that all the countries that were participating a little of how multicultural we are on nicaragua's Caribbean Coast have always been instilled; likewise to know a little about the culture of the country with which we would perform the TikTok, in this case it was Mexico. We are happy and proud, because apart from the teammates who participated in the rally and having seen our culture, we felt that we also got past what was in itself the competition, since many people who were not in the event gave us their support to reach the amount of 'Like' that gave us the win , grateful to all URACCAN officials because from the outset we felt that support from each of them, to be aware that if we were okay, if we needed anything, it was unconditional support."

According to Lopez, in this space they were made known that as a university that effort is recognized, they are grateful to have participated and motivate them to continue in that same spirit of participation.