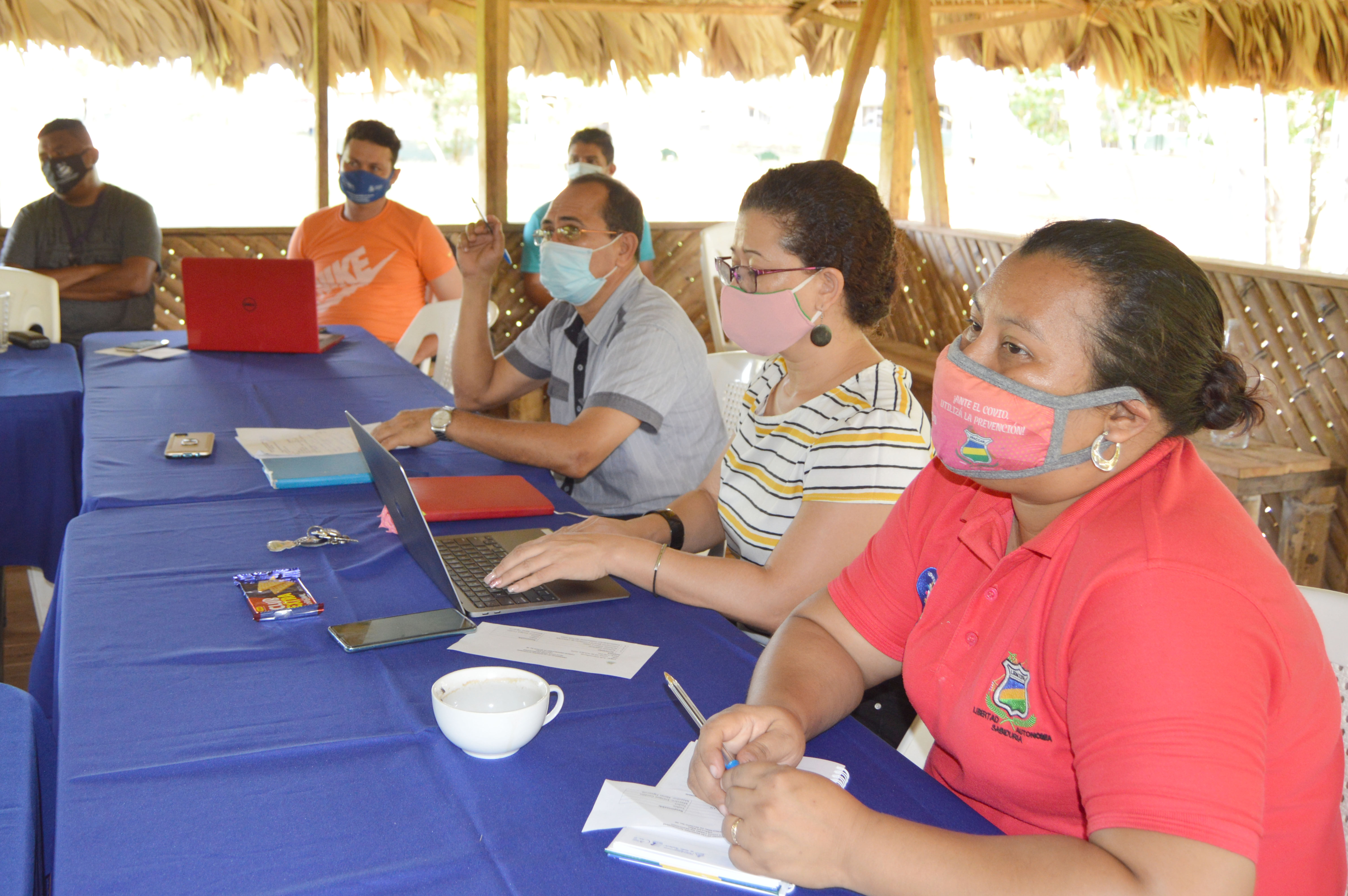 THE CUR participants discussed institutional work from their respective areas.

Pre-planning of the 2021 Annual Operational Plan

The URACCAN Bilwi held the ninth regular session of the University Council of the Campus (CUR), where members and guests had the opportunity to learn about relevant aspects of the university's Life Plan; among the main themes was the presentation of the substantial processes for the realization of the pre-planning of the 2021 Annual Operational Plan.

Initially, a reflection was made of the Mission and Vision, where participants discussed institutional work from their areas of work. Master Noé Guadamuz reported that they were involved in conjunction with the other Planning and Evaluation coordinations of the four enclosures to jointly carry out the articulation of the Institutional Life Plan 2021-2030, which will be presented next week at the University Council of URACCAN (CUU).

Subsequently, the vice-chancellor of the venue, Enrique Cordón, PhD., reported that daneysi Yuvania Ubeda Davila was presented from this campus as the best student, with an average of 91%, which will represent this university campus in the event of awarding awards to academic excellence to be held this next October 22 at the Bluefields venue.

Activities celebrating the anniversary of URACCAN and Regional Autonomy

Similarly, the coordinations of the institutes and centres presented some relevant activities that will take place in celebration of the 26th anniversary of URACCAN and the 33rd anniversary of the enactment of the Regional Autonomy Act, among the most prominent is the forum with leaders of the territory of Táwira to address topics such as gender-based violence and current cases of femicides that occurred in the country , this activity will be carried out on Saturday in the community of Krukira and coordinated by the Centre for Multi-Ethnic Women's Studies and Information (CEIMM).

While the Institute for Studies and Promotion of Autonomy (IEPA) will hold a panel with students on Saturday, with the aim of establishing a space for dialogue between the student community on the Regional Autonomy process on Nicaragua's Caribbean Coast.

URACCAN, as the daughter of Regional Autonomy, has merged its commemorative activities to its 26 anniversaries with the aim of highlighting institutional work, as well as a way of spreading the fulfillment of the Mission and Vision in training men and women committed to the development of the Nicaraguan Caribbean Coast, and directed in regional processes, that is why , which in 2020, has as its motto: "Autonomy: We continue to walk, we continue to build".