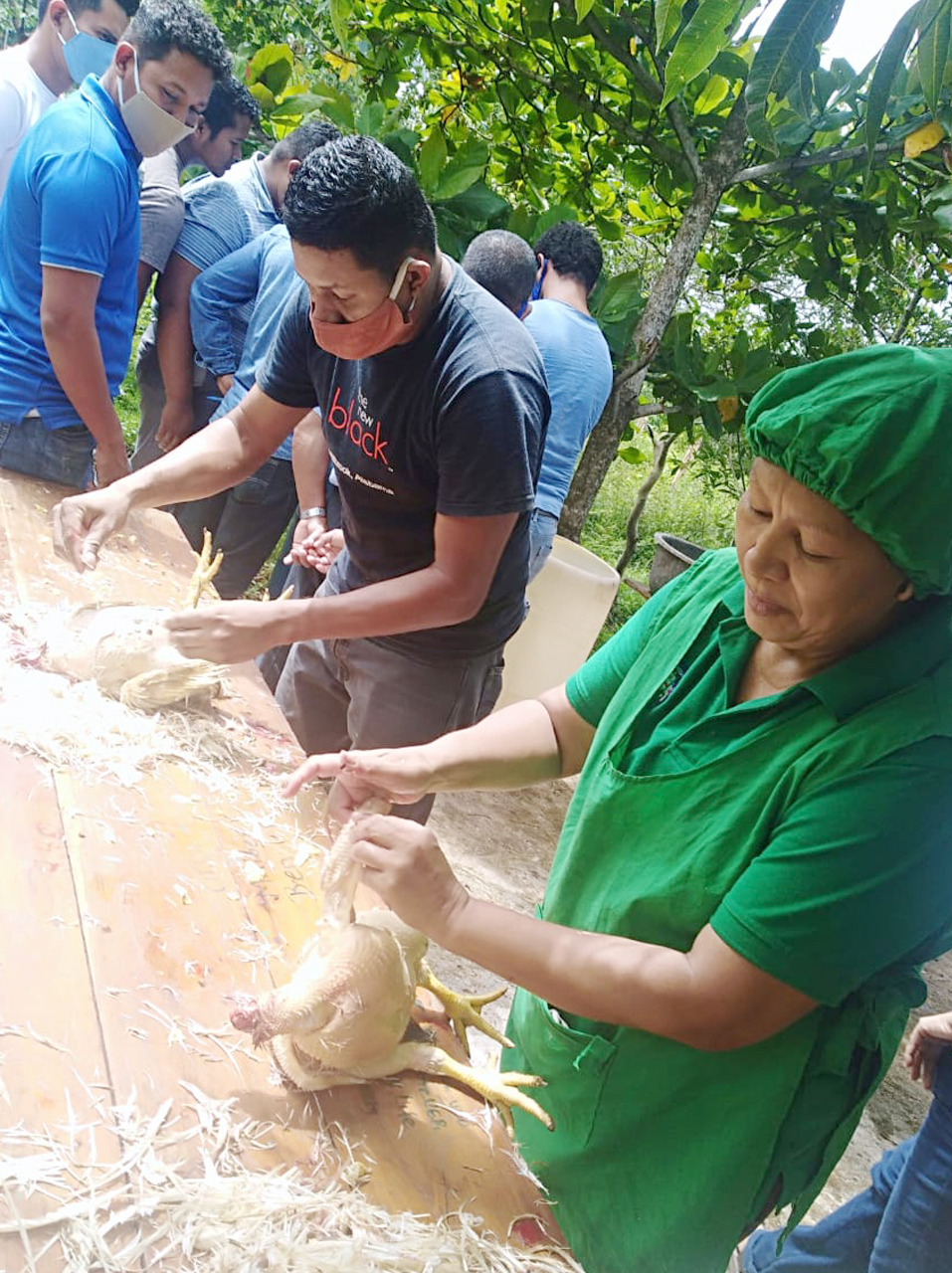 A step towards entrepreneurship from classrooms

For six weeks, students and teachers of the fourth year of Agroforestry Engineering of URACCAN Bilwi enclosure cared for and helped in the growth of 100 broiler chickens, which are now marketing products that they are contributing to the local economy.

According to the engineer Aureliano Abeda, teacher of the subject Animal Nutrition, this process began from a day of birth of the chickens. On the first day they were supplied with sugar water, to give them energy; then vitamins for 3 days; they were given the vaccine to prevent three types of diseases, and every Friday the weighing procedure was performed, to assess their growth.

Procedure for the development of broiler chickens

Until the third week of development, they were given inicerin concentrate, which "takes a protein balance to 21%; then we switched to another type of concentrate (Engordine), which was the until the end, this one had a balance of 16% protein," said Ebeda.

At the beginning of the fourth week of growth, they were divided by 50% on the farm where they remained, "some of us began to supply, apart from concentrate, fodder; this brings two types of consequences, one that opens up your appetite a little more and can consume a little more energy, and especially that you can change the taste and quality of the meat," explained the engineer.

"Every Friday we would conclude the week and monitor the weight to keep a check, according to the Purina Company's calendar plan; they keep a catalogue of how much chickens should grow, so we did the monitoring, to see if we were stable, in this case we measured the weekly weight gain and it was done during the six weeks," said Ebeda.

Last Friday, June 26th of the current began with the process of slaughtering broiler chickens. According to the teacher's statements, they were not given food the day before slaughter, so that the birds were fasting and did not hinder the weight and quality of the meat when sold.

"On the day of the slaughter a team was organized to sacrifice the chicken, in this case funnels, hot water, knives and staff were used to pluck the chickens, after it was quartered, washed, put in ice water and once it was fresh it was sold to the staff (of the enclosure), it should be noted that the benefit was for the staff because he bought a quality chicken , fresh, ice-free and with excellent flavor," said Aureliano Abeda.

It should be mentioned that an average weight of 5 pounds was obtained for each whole chicken (without feathers and viscera). "By living weight it was 6 pounds onwards, great results were obtained," the teacher said, adding that because of the pandemic (COVID-19) students had to leave from the third week, so the rest of the care was in charge of teacher Noé Guadamuz, coordinator of the area of Science, Technology and Environment.

Finally, the engineer Ebeda stated that the chicken was given at a price of 40 cordobas per pound (uncovered) and live was sold to 30 córdobas a pound, such marketing was carried out with URACCAN officials and officials in the Bilwi venue.