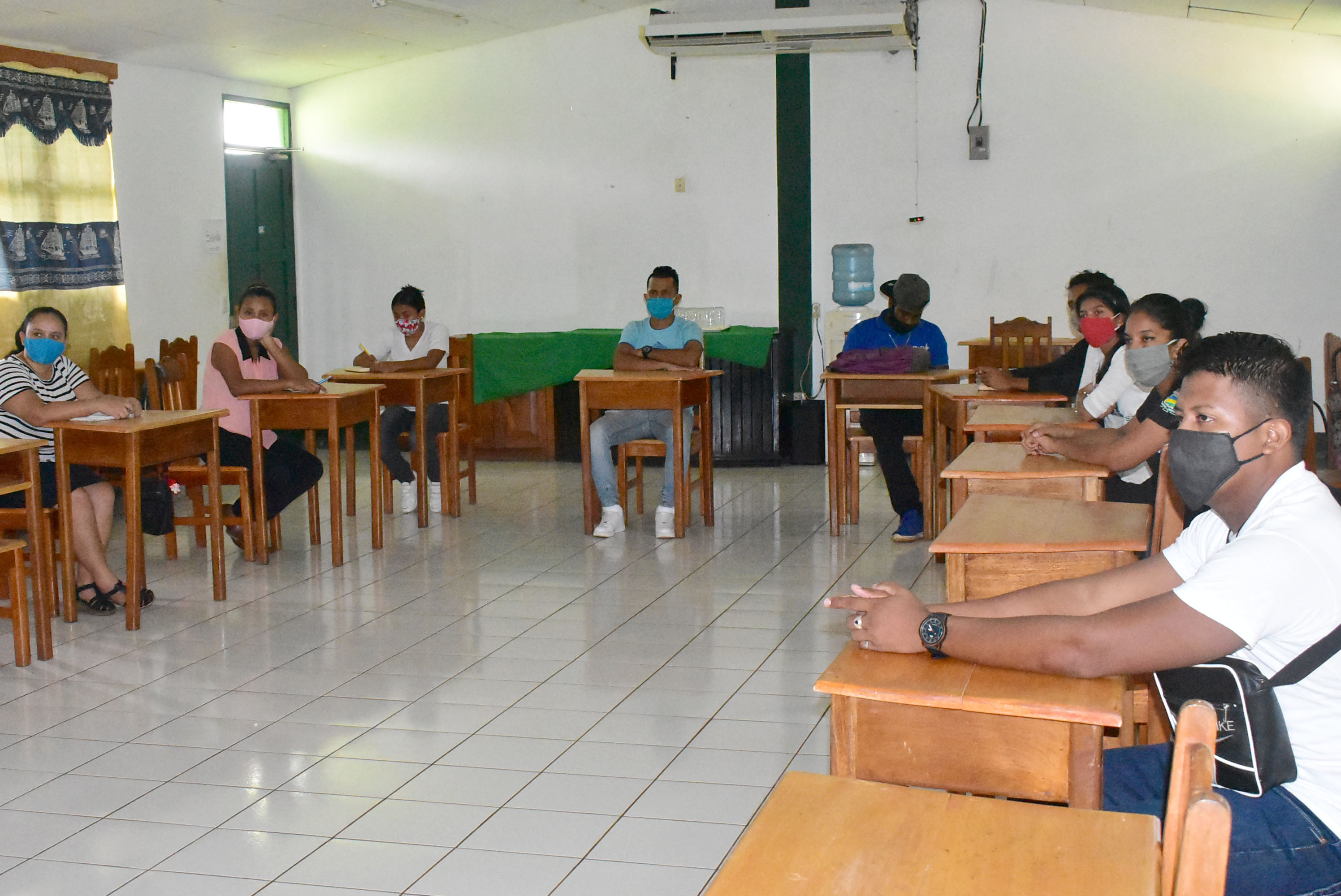 Young graduates of URACCAN participating in the workshop on the Apprenticeship Initiative project.

The Bluefields Graduate Tracking area has coordinated meetings with its young graduates to introduce them to the Apprenticeship Initiative project and its selection processes.

In this sense, Master Silvan Fagan, coordinator of this area, explained that "we meet with the young graduates, this time they are participating in a workshop, in which they are being explained the objectives and scopes of this project; also, on the dynamics of participation, and the parameters that are being taken into account, taking as a starting line that it is an important project."

It should be noted that this project seeks to increase the employment rate on the Caribbean Coast, employing twenty-five young graduates who have no work experience yet.

The teacher assured that this initiative qualitatively values young people, knowing the professional attitude, ability to work as a team, availability and responsibility.

The teacher explained "that in the workshops we are working on talks that improve the attitudes of the boys, to make them more positive and propositional."

This project is already accepted by ten companies, which are aiming to employ the graduate boys of URACCAN.

The young people who are participating in this project stand out as a very good initiative, which URACCAN executes to follow up on its graduates and position them in the field of work in their regions.

Young Erick Bent, a graduate of Business Administration, recounted that he "thinks it's a good opportunity for us to perform in the workplace, and execute what we've learned during our professionalization at URACCAN."

Likewise, the young Esther Lumbí stated that "thanks to the university, because in addition to seeking to give graduates a job, we are being given accompaniment, which strengthens us in the professional field and thus be able to perform effectively in the positions that we are eligible for".
Tags
URACCAN Bluefields
Seguimiento a Graduados
Apprenticeship Initiative
Publicado:
2020-06-30
Escrito por
Josselyn Flores
Previous
Next
sfy39587stp16