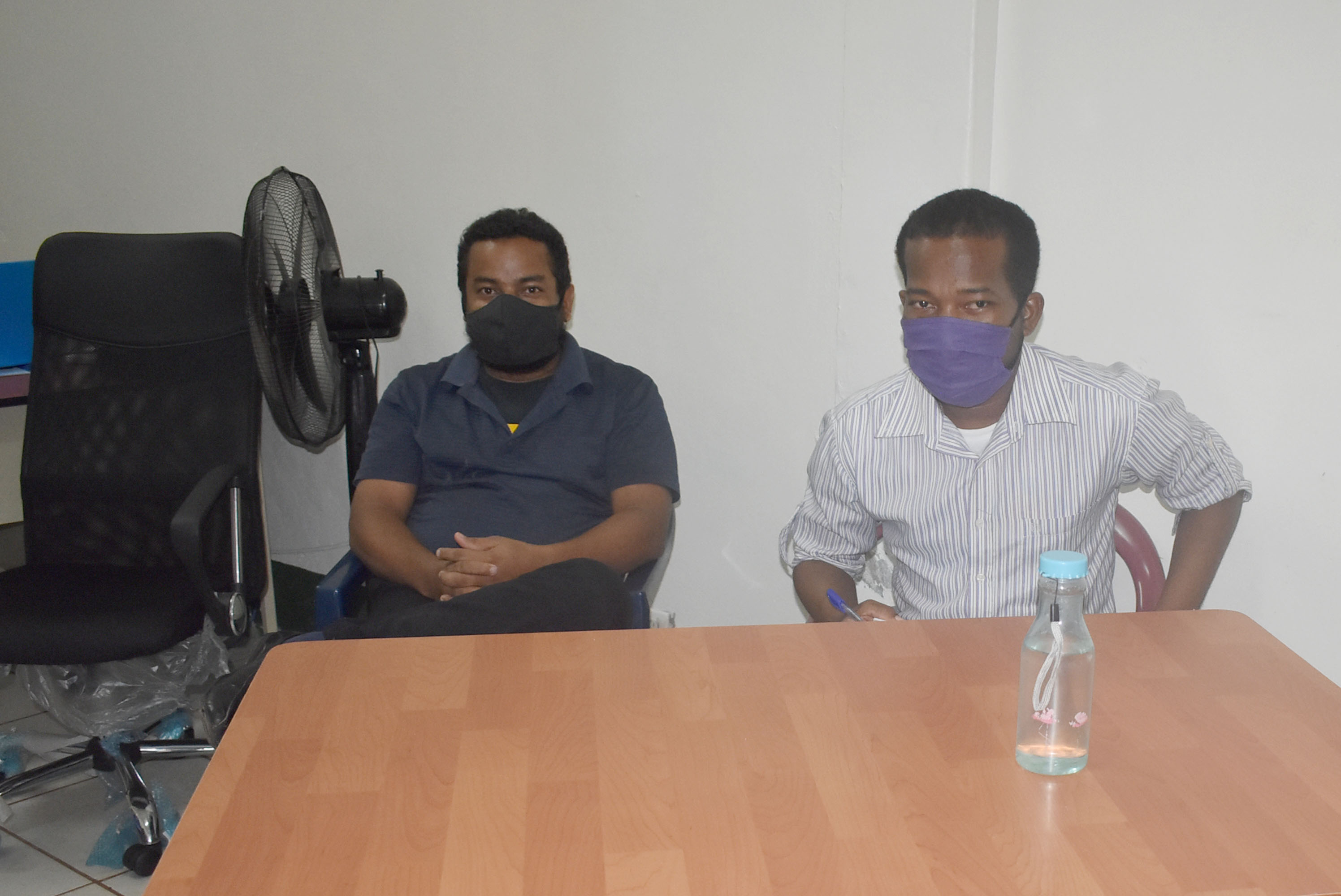 First students convened by the Graduate Follow-up area for their respective job interviews.

The Apprenticeship Initiative project, implemented by the URACCAN Graduate Monitoring area, advanced towards its selection stage of the 25 young people who will be working in different companies in the region, who are already being called to job interviews.

Based on the above, the area responsible for the project and the companies concerned have coordinated interviews for young graduates who will apply to perform in formal work spaces.

This week, representatives of murales RACCS were presented to the Bluefields campus, who are implementing a project in which four of the young graduates of this higher education house will be integrated.

Master Silvan Fagan, Graduate Follow-up Coordinator, explained that "in this new process we already have the information that companies require in their workspaces, as well as the profiles of the candidates who are the apprentices who are part of the project".

"As part of the selection methodology, we communicate with companies, send them the talent catalog, they choose according to the need of the workspace they count and proceed to conduct the interview," Fagan said.

"The initiative of the apprenticeship project has been well accepted. Most companies are extending the term of the boys' contract. As a project it will be paid for three months and if the company requires for longer the service of the young contracted, they will continue to give the opportunity. In the case of murales RACCS foundation, they are committing to hire four apprentices for a year."

In the same regard, murals RACCS CEO Mycol Hammond said that "we are coordinating with URACCAN's project for the recruitment of four people who will be leading a work aimed at adolescents and young people, promoted since our founding."

"It is grat content to work with the university on this initiative to provide and support young people with disabilities to also be part of these processes, to aim for inclusion and break with barriers that have placed limitations on people with disabilities, as well as professionals who do not have much experience, but do have a lot of knowledge," Hammond said.

In sign language, computer technician Shayra Morales expressed gratitude "for the support of undertaking and having the opportunity to work in an organization that will leave me many learnings".