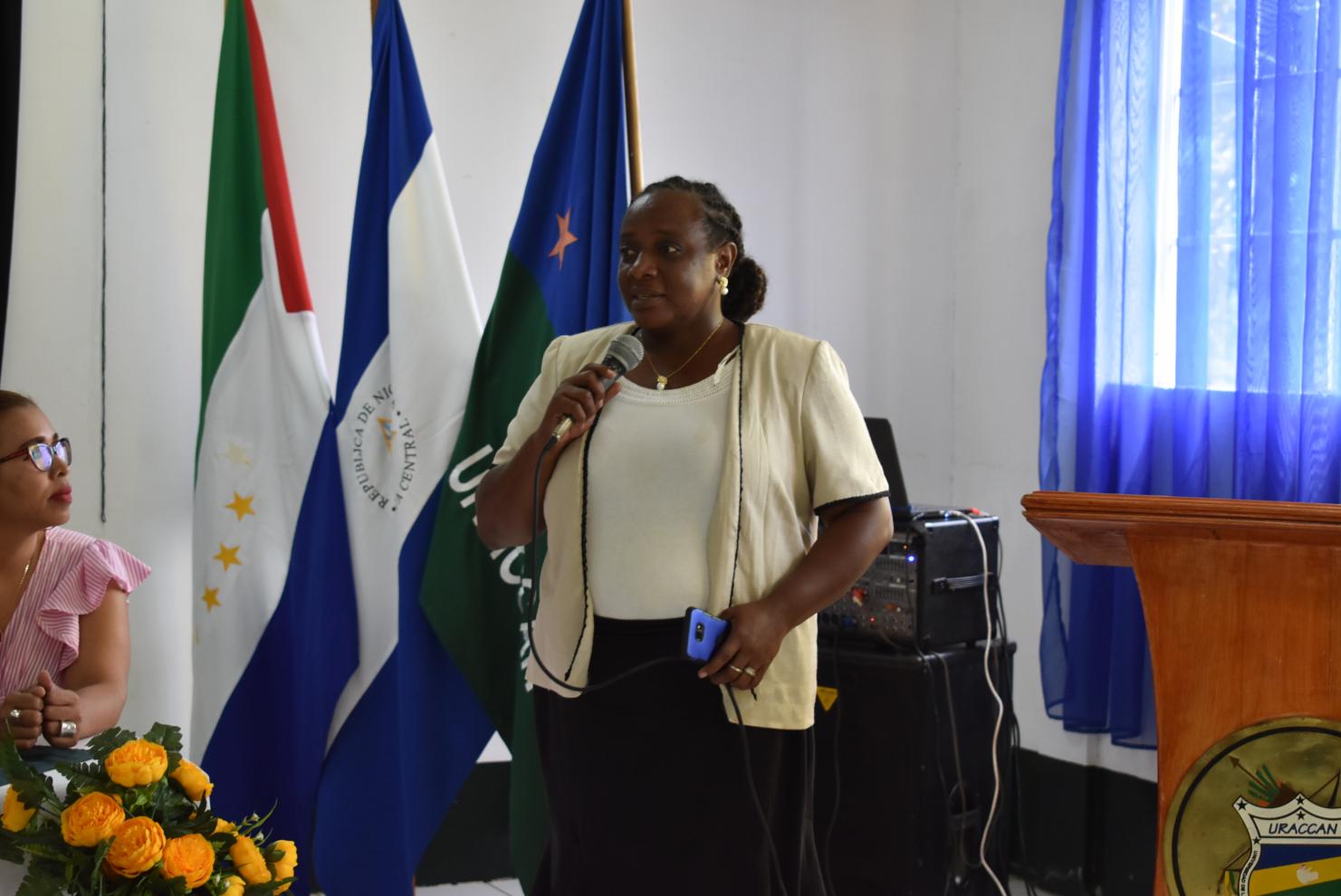 Launch of the book born from the research "Gender, Violence and Spirituality"

The Center for Multi-Ethnic Women's Studies and Information (CEIMM), of the University of the Autonomous Regions of the Nicaraguan Caribbean Coast, (URACCAN), held at the Bluefields Campus, the launch of the publication of the research "Gender, Violence and Spirituality". A contribution from the intercultural community university, to the generation of evidence on gender and violence on Nicaragua's Caribbean Coast, from a frequently forgotten dimension, spirituality.

The event was held in memory of teacher Juliana Francis, a well-remembered Miskita teacher and researcher, and for her relentless struggle for equality between men and women.

Teacher Antonia McCoy, Coordinator of CEIMM Bluefields, highlighted the involvement of peoples in this study, "or important of this research is that we managed to work with almost all ethnicities, in the case of the South Caribbean we worked with mestiza women, misquitas, branches, and creoles, and in the North Caribbean it was possible to include Mayagna women.

According to McCoy, the feeling of the university is to seek that women victims of violence count from their realities the situation they face, "many have managed to get out of that place of violence, but others have stayed there, and they have managed to find mechanisms to survive one of them is spirituality, not so much religion but their confidence with God , or with a person of confidence for them," he said.

The teacher detailed that this research was worked from a multidisciplinary and multi-ethnic team of CEIMM, "in the team there is a diversity, those who speak misquito, Creole and Spanish, this created trust in women to share their problems, because it is not easy to talk about their personal life with someone strange, but that reliability that showed the group in the field helped create a space of dialogue between them and that they shared their experiences" Explained.

This study was born because of the feeling of the different situations of violence that the women of the Caribbean Coast are facing.

"This research is done in the face of the situation we have been living in our country, but therefore in our region, and more in communities on the subject of gender-based violence, in the study we hear the very voices of women who expressed their problems of violence and how they manage to survive over time with this situation , that's what we call resilience," McCoy said.