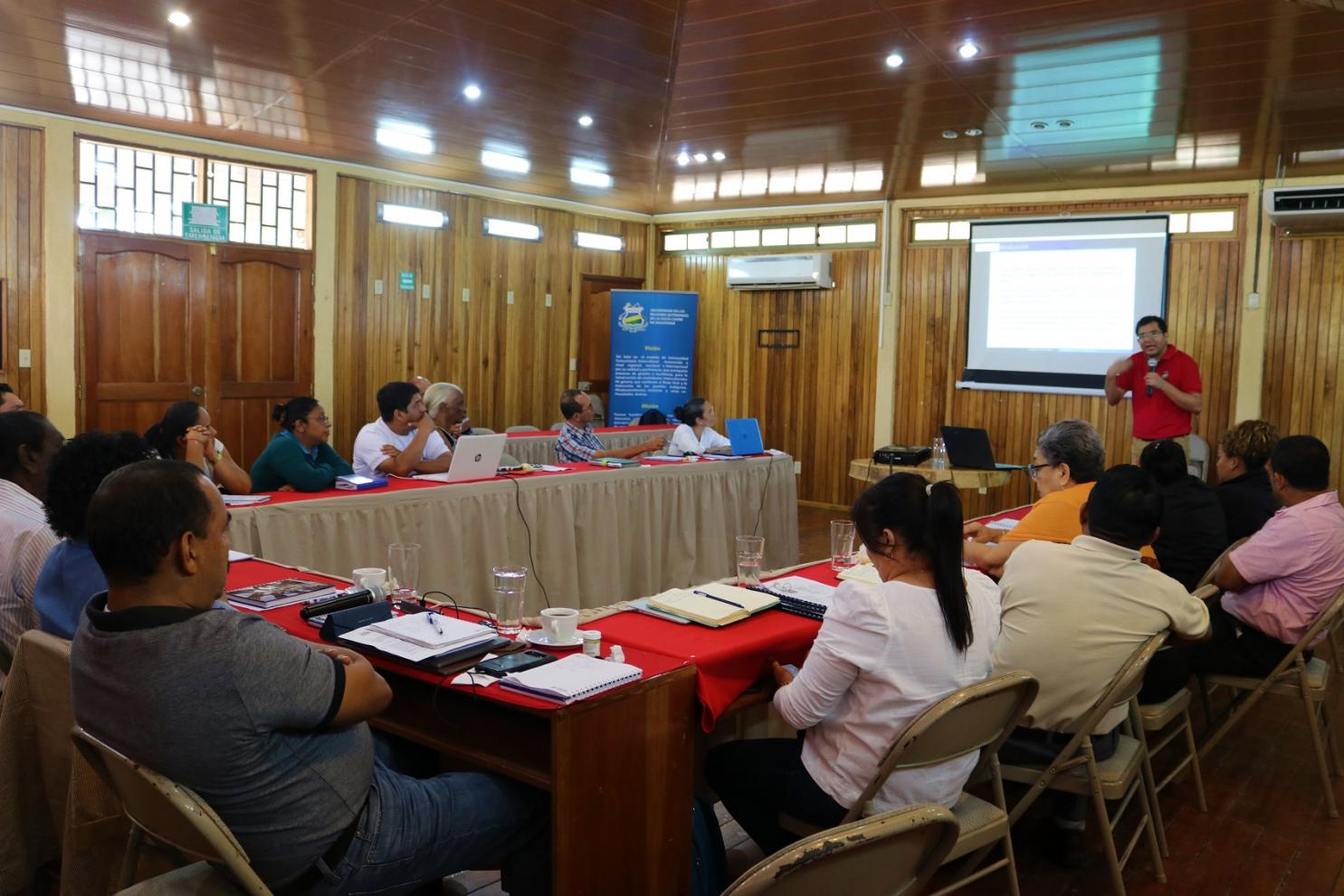 The participants of the University Council of URACCAN (CUU), knew the results of two researches presented by Teachers Sabino Olivar and Javier Artola, university professors in New Guinea and Siuna, respectively.

Olivar Molina of the New Guinea Campus presented his research, "Anxiety towards mathematics in civil engineering students", a career in which according to the teacher is an area based on problem solving with arithmetic knowledge.

"There are two types of anxiety: positive and negative, in the negative the student sees everything confused, complicated, while positive anxiety sees it with the interest of learning mathematics more and more and this anxiety is what students experience, so research becomes positive anxiety," Olivar said.

THE members of the CUU showed an interest in following up on research, made recommendations for future studies and resolving certain difficulties presented in the facilitation of mathematics, in propedeutics, whose course is the first contact of young people with the university.

"Mathematics is a key issue, more in the Mining Triangle, so I want to make it clear that for students it is not difficult to mathematics, rather I think it is we who have frightened them and have not developed them," said Javier Artola García, professor of mathematics at the Las Minas Campus. This statement was raised by the Master's Degree Artola, of the Las Minas Campus during the presentation of his research "Learning Mathematics in the First Year of Agroforestry Engineering".

The study was conducted in Siuna, and focused on identifying the attitudes of students at the time of taking the subject.

"The data revealed that some students had a favorable attitude to start their studies and others did not, and they just had a higher grade than the former. That's what I wanted to exploit and take advantage of, his attitude," Artola said.

The professor said that his presentation was excellently accepted, proposals were taken out of the subject, interests are seen on the part of the rector and the authorities to follow up on the research, recalling that mathematics was practiced daily, "that's why what I did was collect the information and describe the process that we live as teachers," he said.

Both researches were presented in Havana, Cuba, during the International Congress of Higher Education "University 2020", representing the teaching guild of URACCAN.