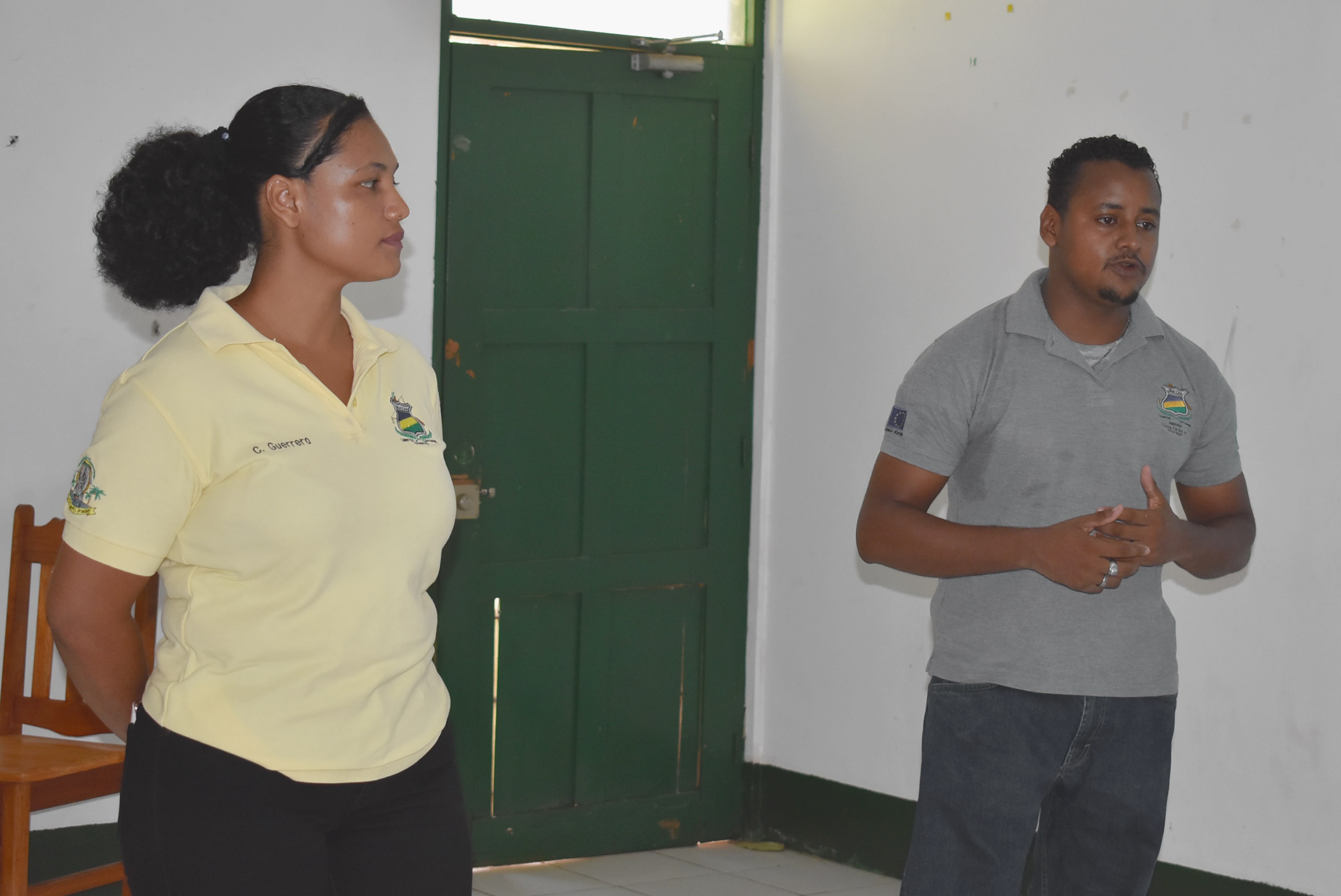 Students Wyvon Wilson of Agroforestry Engineering and Sheriany Guerrero of Sociology during their exhibition.

Students at URACCAN Bluefields Campus, Wyvon Wilson, Agroforestry Engineering, and Sheriany Guerrero of Sociology forerated their thesis, entitled "Indigenous foods that contribute to the healthy eating of children in the communities of Awas, Raitipura and Khakabila in RACCS".

According to teacher Xiomara Treminio, coordinator of the Institute of Natural Resources environment and sustainable development (IREMDAES), "student research is part of the study on food security carried out by that institute with FAO funding".

Treminio explains that they have worked articulately with the academy to keep students researching this topic. "From the institute we coordinated with the academic areas, Humanities and Sciences, Technology and Environment (CTMA), so that students could do their research in the framework of the study we carried out, so it merged students of two careers, that of Agroforestry Engineering, to study indigenous foods, and the student of Sociology, to know the part of food security" , the teacher needed

In this same sense, the coordinator stated that "for us it has been a new experience, that two students from different careers do research together; it was done in this way because we saw the importance with regard to the issue that is relevant to the population, in addition three variables were analyzed: the availability, consumption and access of indigenous food, which we know that indigenous communities possess but because of knowledge they are being wasted."

About it, the Licda. Narda Wilson, coordinator of the Humanities area, stated that "sometimes we say that we eat some food that is healthy and not, depends on how the community perceives it, defining whether it is their own food; that's where the importance of including sociology in research lies, focusing on the social part and perception of the population under study."

This activity is part of the intercultural higher education processes that URACCAN promotes from its classrooms, so that its future professionals can contribute through their research and projects to the development and autonomy of the peoples of the Caribbean Coast of Nicaragua.

The young women were evaluated by a professional jury, consisting of: teacher Neydi Gutiérrez Sosa, Coordinator of Research and Post Degree, of the Bluefields campus; engineer Holman Gómez and Mr. Guillermo Pérez.