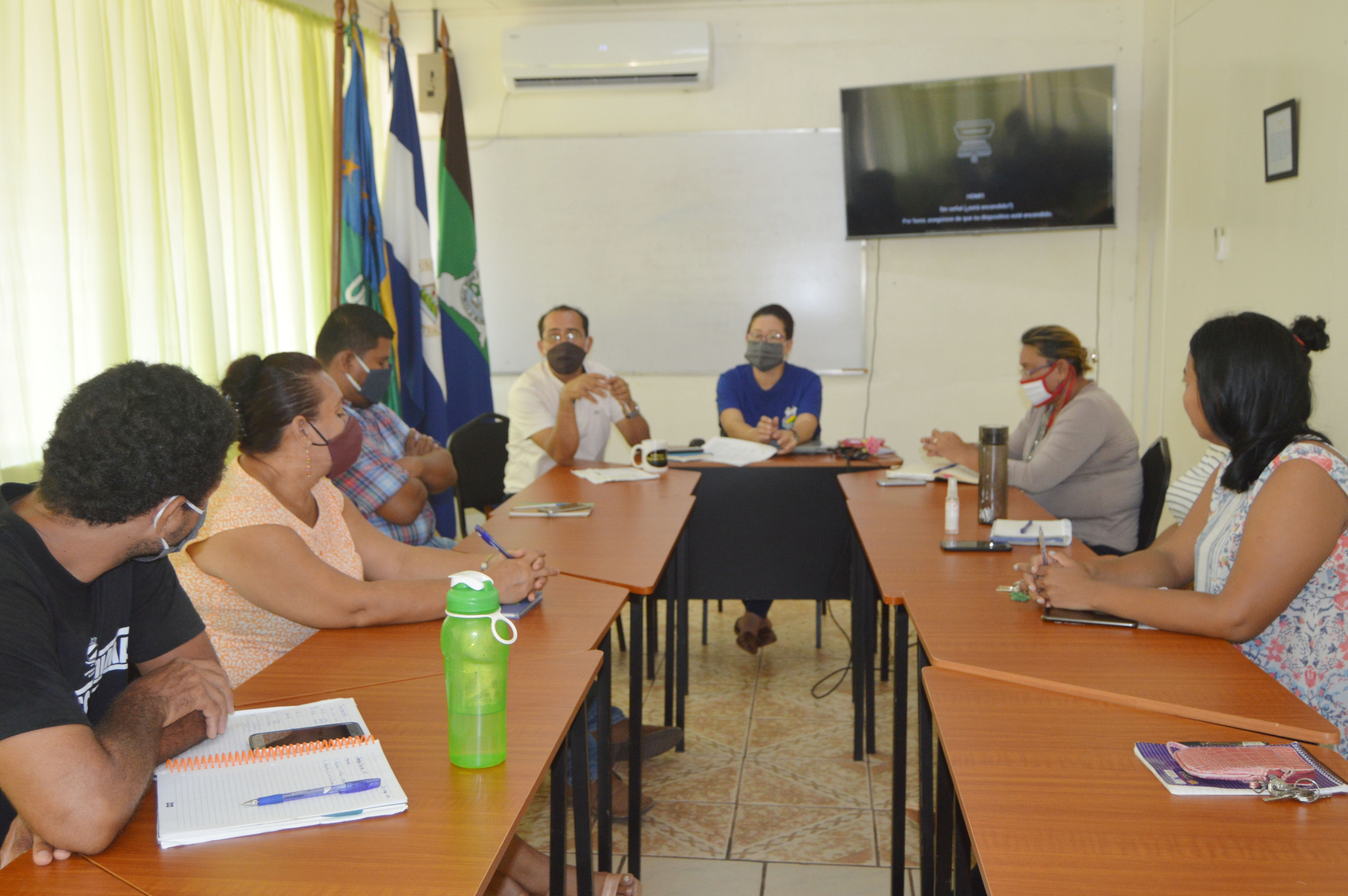 Ratings of the modality by meeting and quarterly registrations

Learning communities held the fifth Technical Council of Campus (CTR), where Vice-Chancellor and Academic Secretariat in conjunction with the coordinations of educational areas had the opportunity to evaluate the process of the modality by meeting, in addition to addressing the continuity of the registrations of the quarterly regime.

Teacher Ivonne McLean, academic secretary of the Bilwi campus, stated that the main objective of this fifth session of the Technical Council was to evaluate the classes by meeting in view of the current situation being experienced on Nicaragua's Caribbean Coast.

"Coordinators have positively valued where students have been attending meetings, but they have been supplementing it with the virtual platform, despite having a certain percentage of students who do not have access to technology, but the university is providing them with laboratories, libraries, so that they can access and have the opportunity like others to develop in their educational process" McLean explained.

The process of enrolment of the quarterly regime was also resumed at this session. In response, McLean announced to the student community the careers in Systems Engineering, Business Administration and Administrative Informatics that, from May 25 to June 06, the Cash and Academic Registration offices will be available for them to make their respective enrollments.

It should be noted that, being under the per-meeting mode, the cost of transport has decreased. Now the total payable is 570 córdobas, including tuition, tariffs and transportation, respectively.

"According to the academic calendar, we have open the license plates of the second quarter, which closes on June 06; there the issue of transport was valued, here students pay a minimum amount for transportation, so also, there has been a readjustment in the collection, where the kids will have to pay 150 cordobas with what corresponds to the quarter," the academic finished.