Skip to main content
Afro-descendant peoples: the impacts and their resilience to the Covid-19 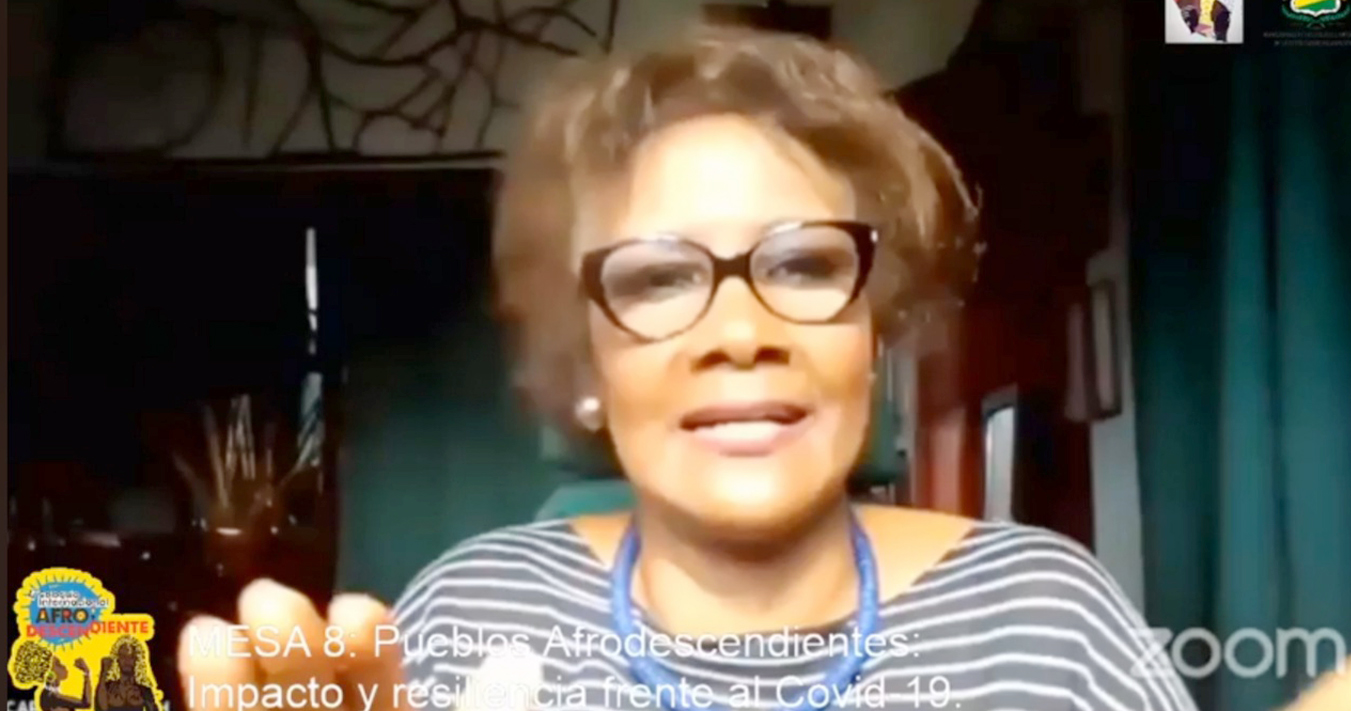 A common ground for exhibitors was the promotion of traditional Afro medicine.

Under the theme "Afro-descendant Peoples: Impact and Resilience to COVID19" the eighth thematic table was developed on the second day of the meeting of the IV International Colloquium of Afro-Descendants 2020. The panel was made up of three great women: Sheila S Walker, executive director of Afrodyspora (USA); Carla Bush, expert in social development (Nicaragua); and Monica Pérez, CEO of SOCPINDA (Mexico).

The panellists, with their interventions, brought knowledge and made known the realities of Afro peoples in the face of the Covid-19 pandemic.

Inequalities and racial problems in the face of the pandemic

Carla Bush's intervention emphasized the context that sparked the pandemic. "Since Covid-19 was declared a pandemic, globally it has faced society with a new reality, the world has changed in many ways, in negative areas, but it also gave way to new initiatives to continue the walk of life."

To this end, Bush found that the advent of the pandemic exacerbated different racial inequalities in Afro-descendant populations around the world.

In this sense, Monica Pérez addressed how Mexico's Afro-descendant populations have seen the impacts of the pandemic and inequalities on care.

"The health system in this country is going into decline, as there are several cases of Covid in Afro people, which are not known because the authorities do not upload it to statistics; the government, through an indolent message, disqualified the use of masks," Perez said.

Nicaragua's rapporteur highlighted the collective commitment of the Afro people on the Caribbean Coast, the role that was taken by women in resuring natural medicine practices.

"In the current context, our traditional practices were resumed on the Caribbean Coast: the natural herbal teas of our ancestors, in which women took on that role, positive actions that make remembrances of our identity and culture," Bush explained.

The thematic table moved towards the questions, resonateing with the actions that can be taken in the long and short term to maintain knowledge and recognition of the importance of the practices and knowledge of the elderly.

The rapporteurs, from their views, called for this to be a collective work in which research should be done on traditional medicine and the knowledge of grandparents and grandmothers in Afro communities and people.