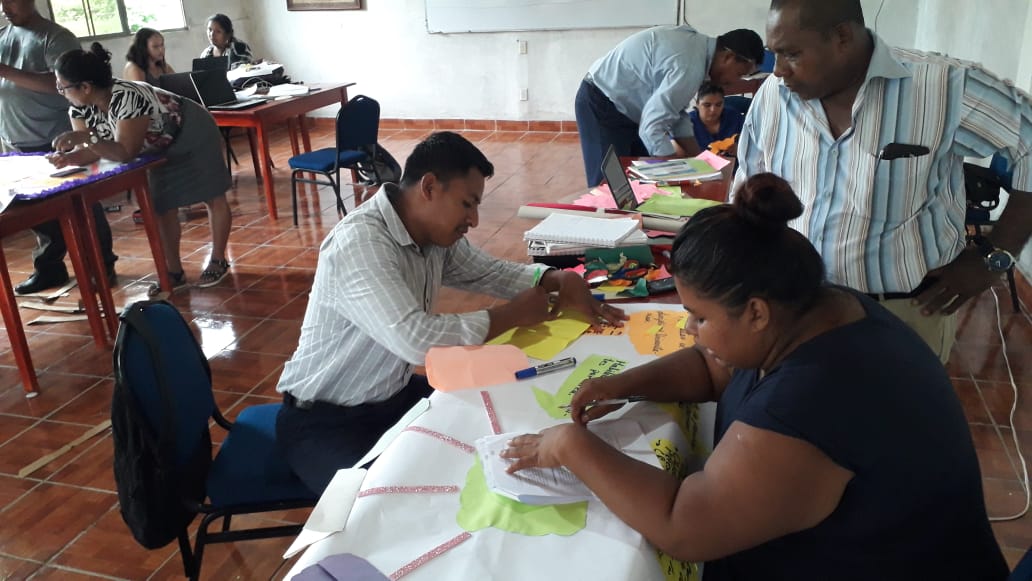 URACCAN continues to train human talents that create their own knowledge and strengthen the various peoples of the Caribbean Coast, which is why students of the Master's Degree in University Teaching, developed at URACCAN Bilwi campus, in its Waspam extension, receive the IV module called "Educational Research".

Among the topics that will receive, over the course of two weeks, are qualitative paradigms, quantitative paradigms, statistics and colloquium III, these will be taught by the Phd. Mercedes Tinoco, Phd. Enrique Cordón and Phd. William Flores, who will be the facilitators of the FOURTH module.

The start of the IV module is facilitated by the Phd. Mercedes Tinoco who teaches the subject of qualitative paradigms, "the objective of this module is for students to master the paradigms of qualitative research with a focus on educational research, but also on them dominating and appropriating models... for example educational ethnography... historical analytics... change theory," Dr. Tinoco said.

In addition, in this meeting the teachers are reflecting on the possible topics that they can investigate, "based on the theory that they have been working, on a par with the practical exercises... work on what contributions they will give from their jobs to education in the region and the municipality considering in the multicultural context in which educational processes are developed," Tinoco said.

At the end of the meeting students must present their research protocols, that is why the module is taught under the participatory methodology, with group works, analysis of literatures and theoretical reflections, dr. Tinoco concluded.