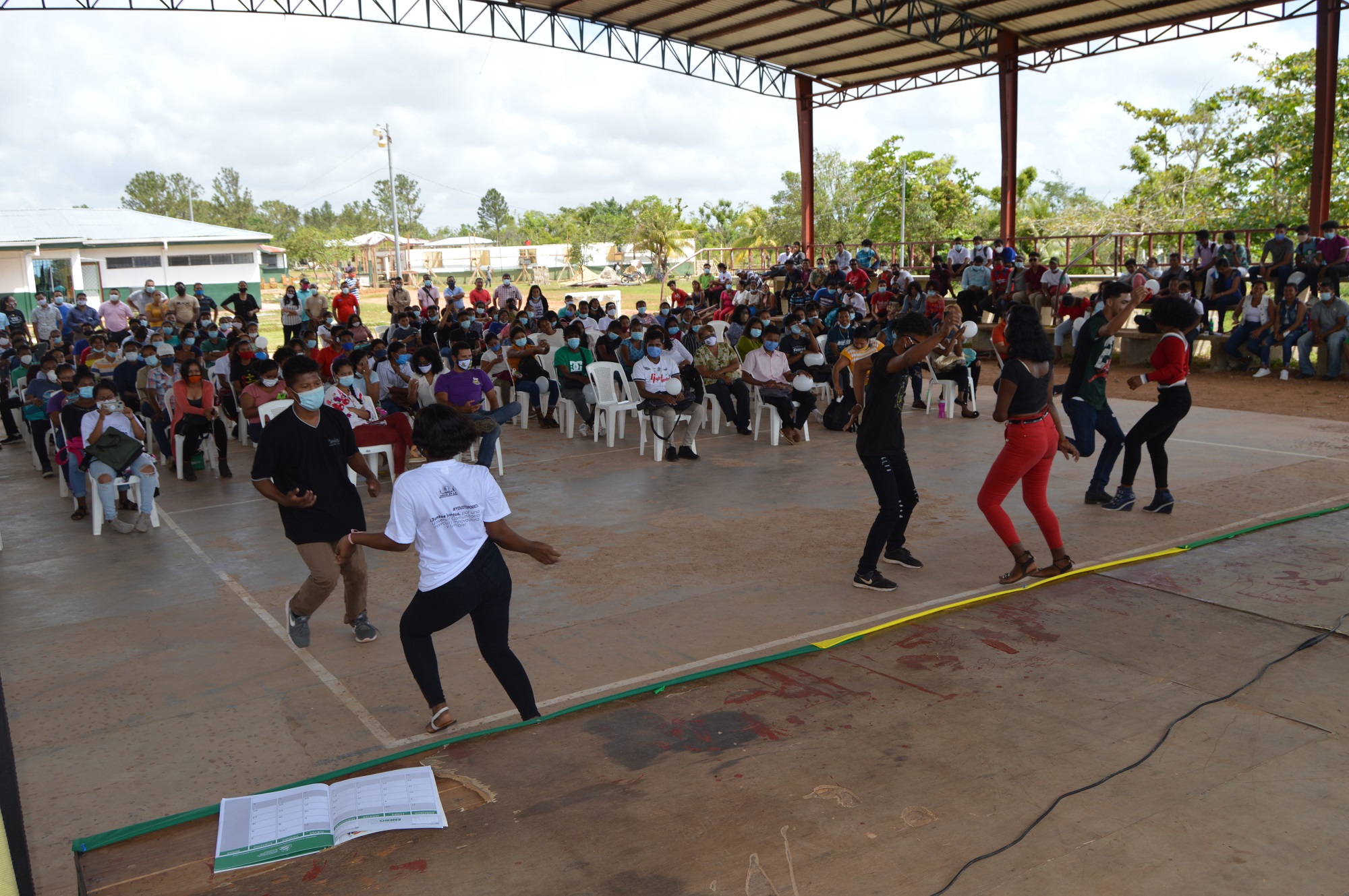 With the participation of institutional guilds

In URACCAN Bilwi precinct, the election campaign began with the participation of the administrative, teaching and student guilds, who knew the campaign proposals of the candidates for Rectory, Vice-General and Vice-Rectorate of the venue.

In the cultural event there were dance competitions, T-shirt raffles and the presentation of the candidates for Miss UNEN-URACCAN Bilwi venue, since this next February 19 of the current year will be made the choice at the welcome party to first-income students.

In this context, Rubel Chamorro, student president of URACCAN, stated that from the 26th to the Sunday, February 28, 2021, an academic exchange will be held at the IX Student Congress of URACCAN, which will take place on this university campus, also, sports exchanges with the various venues and extensions of URACCAN.

Similarly, words of thanks were given to the educational community for becoming present at the opening of this institutional civic feast. Finally, the call was made to the university community to express solidarity and brotherhood among the URACCAN family on 12, 13 and 14 March of the current year, exercising their right to vote.

Also, in URACCAN new Guinea also began the campaign period of institutional elections, by visiting the classrooms to invite the student to join this great civic festival of URACCAN. In the coming days the work plan will be presented to the different guilds, in order to share the actions to be implemented in the next period.

According to teacher Elsa Robles, chairman of the Electoral Committee at the New Guinea venue, "we are having a civic party and it is important to live it with respect and responsibility," he said.

Robles also pointed out that so far the whole process has gone in a quiet environment, further recalling that the closing date will be March 6 of this year.

With the part of the campaign period of institutional elections, candidates are presenting their action plans and innovation proposals for the sustainable development of their territories, and the university in general; taking as its main source the improvement of Intercultural Higher Education of Caribbean peoples.

Be part of holding an electoral process

For student Elyin Acosta Gámez, student of the fourth year of engineering in Systems; being part of this campaign is "extremely important, because it commits us and makes us part of the improvements of our university, we feel that we also contribute to making or maintaining URACCAN as one of the best universities in the country," he said.