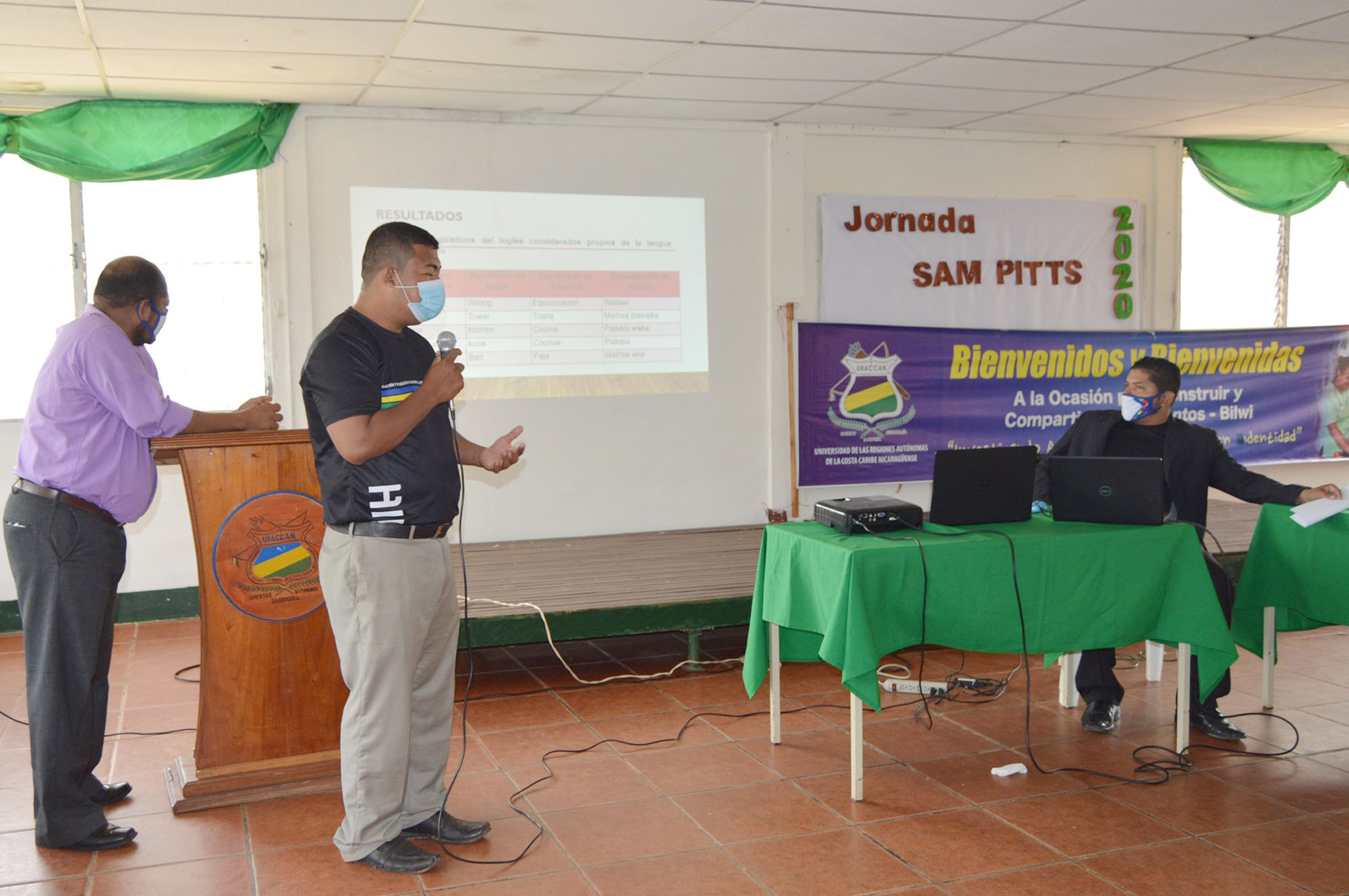 There were nine researches presented on Friday at the XIII Sam Pitts Scientific Conference, carried out by teaching staff and administrative staff that attach great importance to social problems and through these studies solutions could be sought, taking into account that four of them were carried out under their own methodology: Cultivation and Breeding of Wisdoms and Knowledge (CCRISAC).

According to Dr. Britgeth Sam, a professor in the area of Health Sciences, and who was in charge as well as the Licda. Yeimy Bordas exposing free research: "Knowing and medicinal practices in the face of coVID-19 management in older adults Miskitu from the community of Kamla, Municipality of Puerto Cabezas, Autonomous Region of the North Caribbean Coast", stated that so far it is a challenge to work with CCRISAC, but it was taken as an experience full of learning.

"This Sam Pitts Day has been of great value to us; for many teachers and students we put into practice all the teachings that we have been learning in the course of our training," she said.

The doctor also stated that since the implementation of CCRISAC there were some barriers to the various stages that are being implemented during the investigation process, for this reason, from the area of Research and Postgraduate training was done on the new methodology so that each official or official appropriated it.

For his part, Master Elebe Williams, coordinator of the humanities, legal and social sciences area, was in charge of exhibiting in conjunction with the Licdo. Denis Peralta, professor of Sociology with mention in Autonomy, free research entitled: "Language loans adopted as their own in indigenous Miskita language".

In response, Williams said they chose this topic because the teachers who were involved in the research are from the miskitus people, and English teachers and miskitus linguists were integrated "to be able to understand the behavior of the Miskitu language as such and see how we are understanding it and how we are using it in our spaces that we are working as speakers" , the teacher said.

This eventuality takes place within the framework of the XXVI anniversary of URACCAN and the XXXIII years of the promulgation of Law 28, which recognizes the rights of indigenous peoples, Afro-descendants and Mestizos of the Caribbean Coast of Nicaragua. The university, being the daughter of Autonomy, deepens these kinds of spaces to share and disseminate ancestral and research knowledge, knowledge and practices.