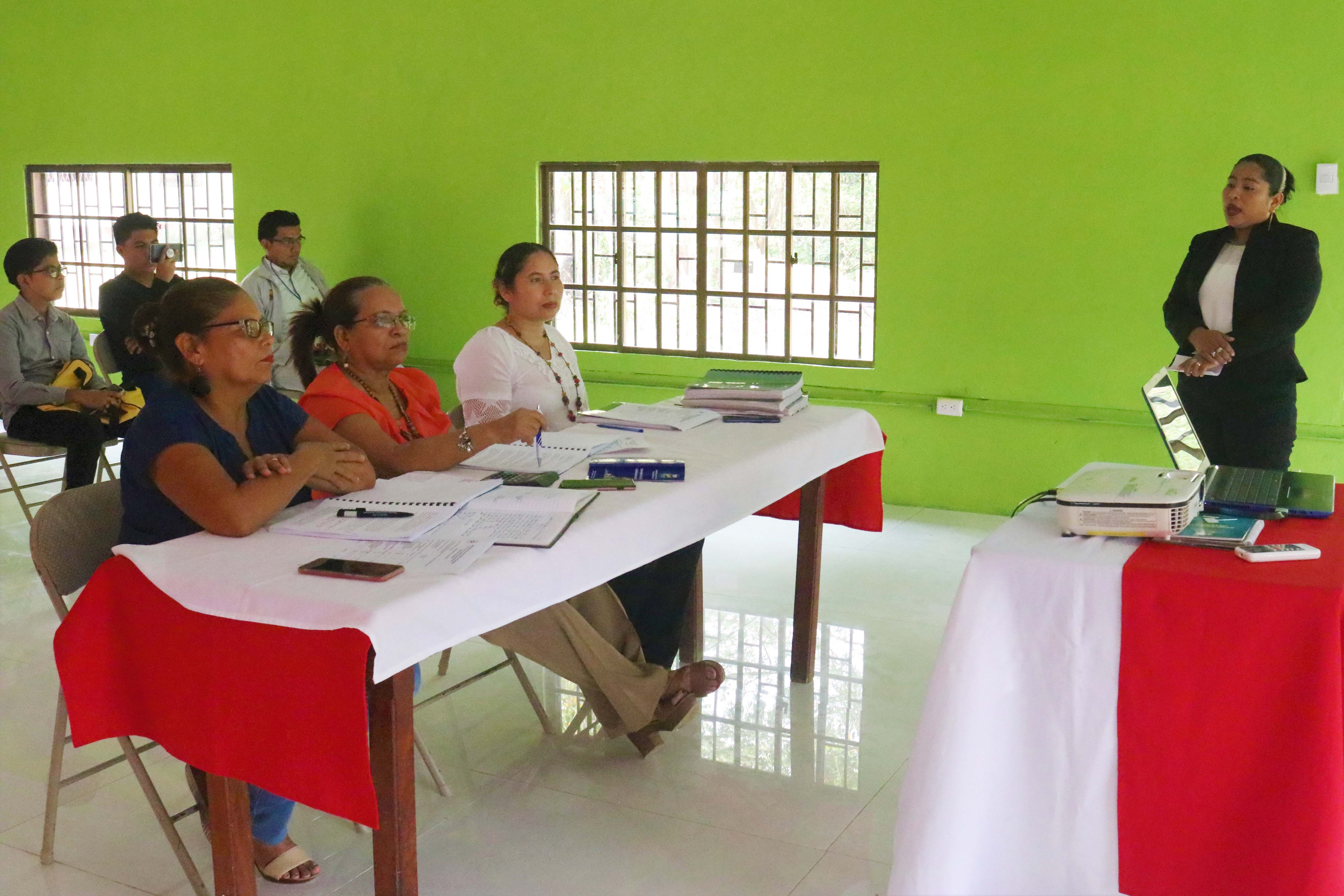 The new master's degree Yelba Lino Macario during his defense.

The University of the Autonomous Regions of the Nicaraguan Caribbean Coast in its Las Minas campus has a new master's degree in Gender, Ethnicity and Intercultural Citizenship. It's about the MSc. Yelba Lino Macario, of the municipality of Bonanza, who recently defended his thesis on the spaces of political power of indigenous women Mayangna territory Sauni Bas, Bonanza, whose research process includes from 2012 to 2017.

"The contribution of my research is to consolidate actions that promote the permanence of women's participation in conjunction with key players: communal, territorial, regional and political authorities, where it is politically influenced so that women can have gender equity from different social spaces," the new master's degree said.

To ensure compliance with appropriation in women's political spaces, the expert said, "indigenous women's organizations need to articulate actions with the territorial government, the Mayangna nation and develop forums, debates, exchanges of experience, seminars, diplomas for the appropriation of women's rights."

"The call to young women who start their studies at the university is that we join forces, that we make our own agendas and incidents to achieve recognition of women's participation," said the Lino Macario master's degree.

For its part, PhD Leonor Ruiz Calderón, vice-chancellor of URACCAN Las Minas, said that "we as a university, from a gender intercultural perspective, are committed to continuing to support women who have not been able to be in these political spaces, to continue to accompany them in the incidence of being able to feel able to occupy those political spaces that correspond to them".

PhD Jacoba Dávila, head of CEIMM at URACCAN Las Minas, believes that the subject worked has a lot of attachment to the realities that women live, in this case specifically indigenous women, because we know that in general terms women have difficulty being able to be in public political spaces.

"The results of this research contribute significantly to the work that we have been doing from the Multi-Ethnic Women's Research Center, we remain to follow up on the actions, based on the results of the research, where the process of restitution of women's rights is enhanced," she concluded.