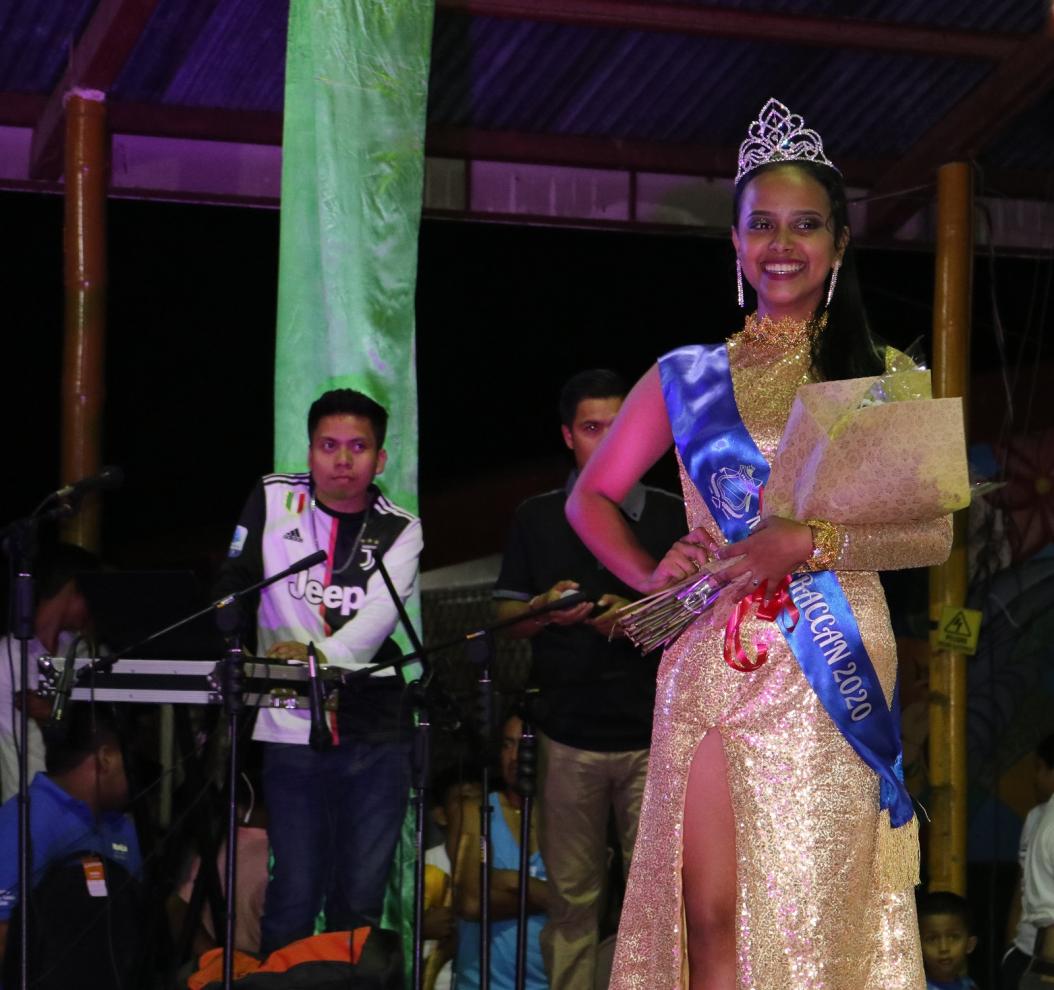 Miss Wendy Moreno Gómez of the New Guinea Campus was the winner of the miss URACCAN 2020 beauty pageant, held at the close of the Eighth Student Congress of UNEN URACCAN, held this February 23 at the Siuna campus of the Las Minas Campus.

The jury consisting of the Master Bernardine Dixon, master Yuri Zapata Web and Jose Saballos Ph. D, they chose the winner of the contest after three performances held in the Mama Cheya auditorium, where there was a waste of talent from the three candidates of the Caribbean Coast contest.

Marlin Lizeth Ramírez Granados of the Las Minas Enclosure, Silgian Irene Valle Torres of the Bilwi Enclosure, were the other two contestants who stood out in their presentations during the contest, overwhelmingly supported by their bars that arrived with buboselas, chimbombas and blankets.

Bilwi's venues, Las Minas Nueva Guinea and Bilwi, led to their dance groups wearing from the Garifuna tip of Orinoco, passing through the Miskito pride of the Wanky, the May stick of Bluefields and Bilwi, as well as the cumbia of Las Minas and African music in New Guinea, each dance group deployed their skills that kept the entire audience active during each performance.

UNEN URACCAN in this way has culminated with a beauty contest that is part of the student congresses at URACCAN and finally the event concluded with a dancing party threatened by radio's mobile album URACCAN Siuna.

The VIII URACCAN Student Congress 2020, was dedicated to the Institutes and Centers of URACCAN, under the motto "By strengthening the autonomy of peoples and the university, UNEN URACCAN remains in unity and set as an objective to recognize the work done from UNEN, the Institutes and Centers of URACCAN for the strengthening of the autonomy of the peoples of the Nicaraguan Caribbean Coast.