Skip to main content
Under the slogan "For education free from violence and discrimination," CEIMM organizes first student colloquium 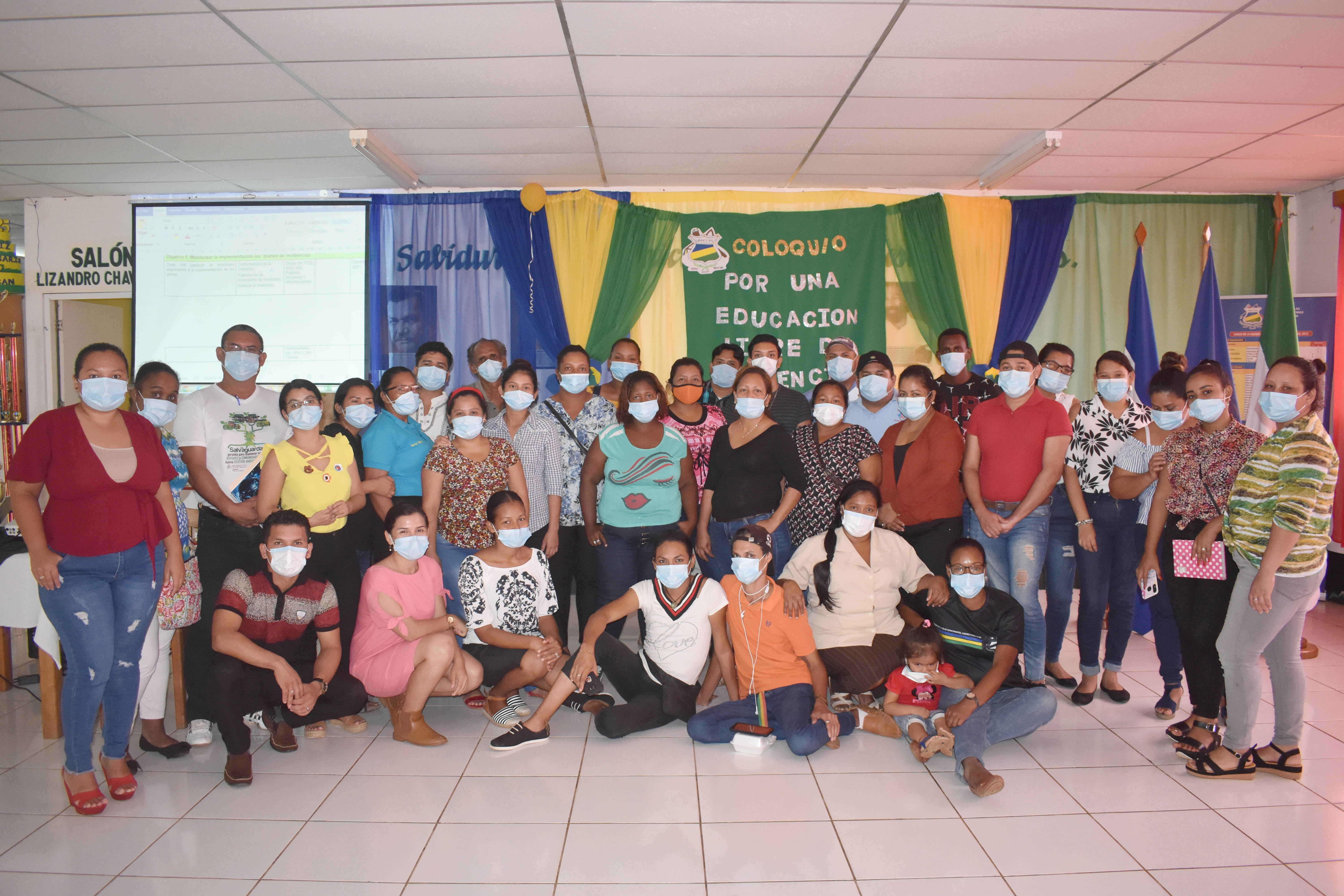 The Center for the Study and Information of Multi-Ethnic Women (CEIMM) held the first student colloquium in the Bluefields campus, under the slogan "For an education free of violence and discrimination", where historically excluded social sectors also participated. This activity is part of the Decolonization and Depatriarcalization project for Transformation from Education, funded by the Norwegian International Student and Academic Assistance Fund (SAIH).

These social groups are made up of the LBTIQ+ community, a sector of people with disabilities, single mothers and victims of violence, and indigenous and Afro-descendant peoples, who have been working with CEIMM on action plans to seek human rights restitution.

These groups presented to the educational community the action plans they have been working on during this time, including a number of actions to be implemented with university authorities and through inter-agency networks.

The activity was attended by students from all the races of the campus, who contributed their opinions in the topics taught. First of all, the MSc. Antonia McCoy, coordinator of CEIMM, made the presentation of the colloquium, addressing in the conceptualizations of gender, sexuality, violence and discrimination.

Including and intercultural education

In addition, the academic secretary of the campus, teacher Heidi Guillén, was invited to address the theme of "Inclusive and Equitable Education", where she shared the actions implemented by the university, on a quality education for all.

In this regard, the CIS coordinator stated that "we decided to share these issues among the groups of historically excluded people, who had already received them, but which were done as an exchange with the students of the university".

"This is an initiative to implement that first part of the plan that these sectors request, which is to raise awareness and sensitize the university community and it was an important space for dialogue, because we also knew the opinions of students on these issues," said teacher Antonia.

In this regard, the URACCAN teacher, Licdo. Mario Valerio, assured "that we have been working on a plan with the different sectors, which was presented today with the idea of having support from the university authorities, first, and later with external institutions to be able to execute the plan. One of the points embodied is the important and intercultural education, we want to promote it. Since this university we have been working with this model of education, now what we must continue in that line, in which students in the communities have those same opportunities for rights, express themselves in their own language, share their ideologies and cultures without fear of rejection," the official concluded.