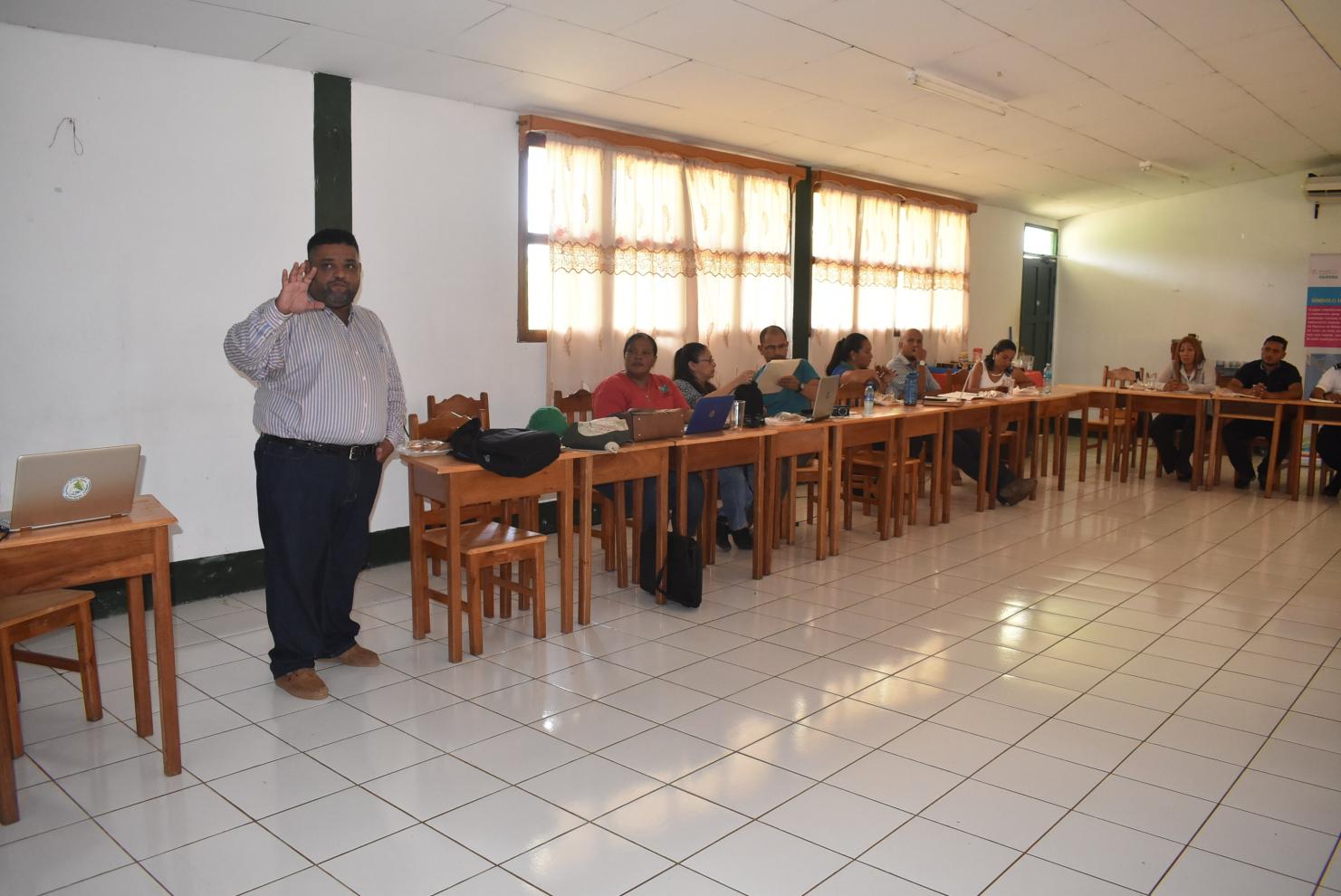 URACCAN And the Wildlife Conservation Society(WCS) Programme conducted an inter-agency training workshop on laws and regulations on wildlife trafficking and marine and terrestrial natural resources, with the aim of sharing key elements that may be useful in improving the conservation issue and improving traffic management for these species , carried out with the local government institutions, actors and actors of indigenous and Afro-descendant peoples, involved in the theme of wildlife conservation and research, as well as teachers and students of this house of Intercultural Higher Studies.

"We are looking forward to sharing existing tools, sharing current status based on reliable data that WCS and URACCAN, we are jointly developing in the Caribbean Region, and feedback with local institutions and actors on current state knowledge of species trafficking," said Fabricio Díaz of the Jaguar Protection Program and WCS.

In addition, Díaz added that the issue of wildlife trafficking is little known, but that it is definitely not at the level that might be in other countries, "Luckily the Government of Nicaragua many years ago began to take some measures that have favored keeping under the impetus of species trafficking," he said.

One of URACCAN's missions is environmental awareness, so the care of wildlife and marine and terrestrial natural resources is of paramount importance for balance and harmony with Mother Earth and for strengthening the autonomy of peoples.

"Nicaraguan legislation mandata from our political constitution of Nicaragua, mandata that all citizens have a responsibility to preserve and preserve mother land and conserve all the natural resources that exist in it, in this sense on this day we have been talking about the issue of illegal wildlife trafficking, as this is prohibited internationally and what are the elements that mandata the law so that this does not become a crime" , said Luis Herrera Siles, Coordinator of the Institute for the Study and Promotion of Autonomy (IEPA-URACCAN) of the Las Minas campus.

On the other hand, the student of the agroforestry engineering career, Manuel Taleno, said he was very satisfied with the workshop as it strengthens his knowledge acquired in the classroom and also helps him to apply it in his community.

"The workshop has seemed of paramount importance to me, it has helped me to have greater knowledge, greater mastery over what the laws are, when it is veda, what species should be put on the vede and what should be done in cases of exploitation of wildlife. In my community hunting is a problem, because the population is only engaged for what exploitation is and they are not interested in what species is in danger, which species can be consumed, no, they are simply interested in lol which is hunting and feeding," Taleno concluded.