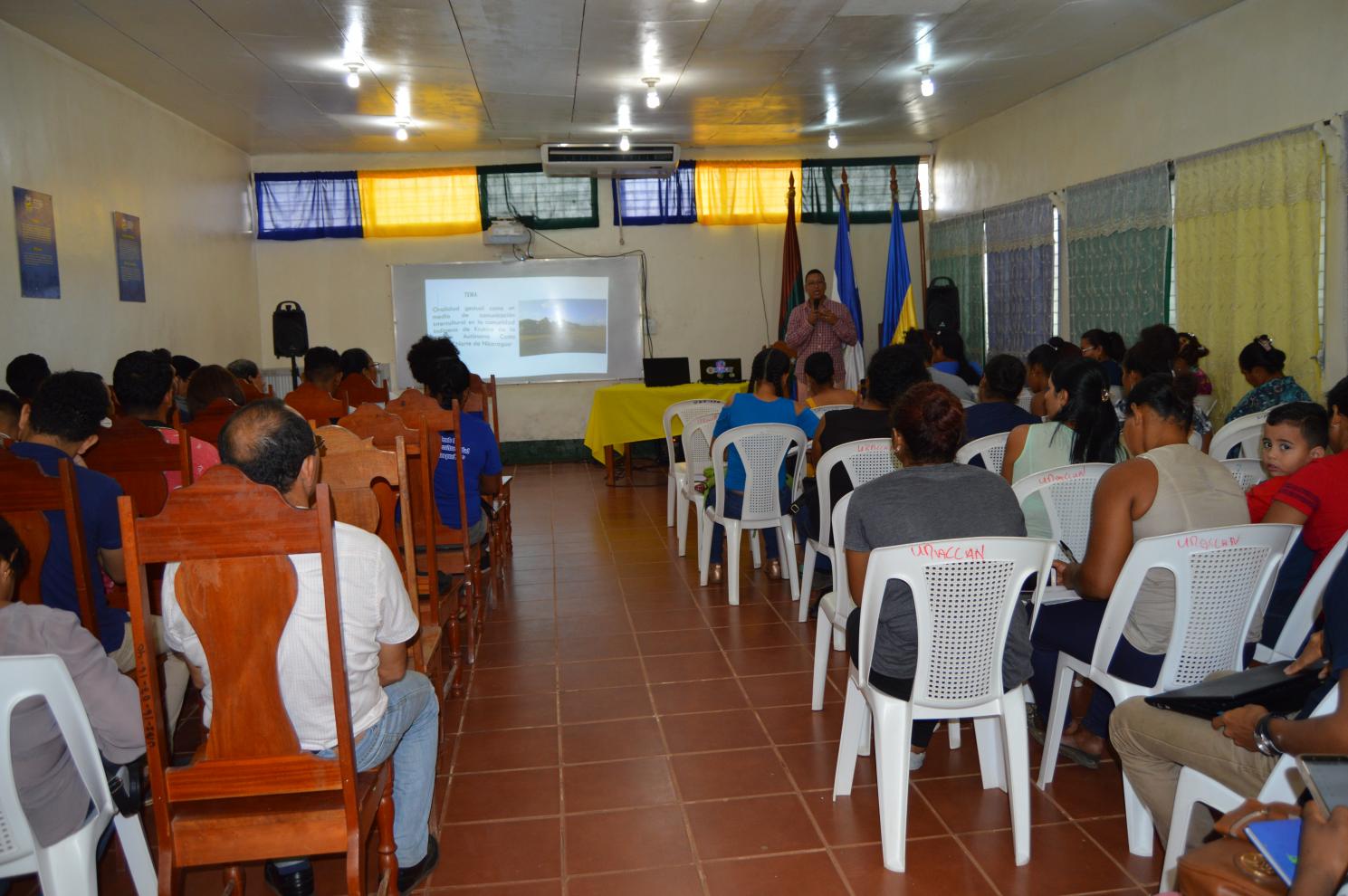 The URACCAN, at the Bilwi venue, held the XII Sam Pitts Day, as a space to share and recreate knowledge since the presentation of research conducted by URACCAN officials and officials.

Among the research presented was the review of a medical case: "Reconstruction of scalp by skin-free grafts", conducted by Dr. Doris Ingram, also exhibited "Communication practices of creole families in multicultural contexts of the Mining Triangle", presented by teacher Neylin Calderón, in addition there were presentations that contribute to the good life of indigenous peoples, Afro-descendants and mestizos of the Caribbean Coast of Nicaragua , as is the case with the research done by the Master Elizabeth Solomon, "Achievements and Failures in Linguistic Revitalization: The Elephant's Story".

According to teacher Rosa Palacios, coordinator of the area of Creation and recreation of knowledge of the Bilwi enclosure, this day is made in honor of the indigenous citizen recognized as a hero by the Miskitos settlers, Sam Pitts was born in the community of Yulu and was found dead on the plains of Trakis, in the community of Krukira, for the Miskita people died to defend the struggles of the indigenous peoples of Puerto Cabezas "with the firm conviction to restore the reign system of the monarchy of the Moss king of the peoples of the Mosquitia Reserve and by not echoing his proposal Sam Pitts leaves for Jamaica to meet the king," said teacher Glennis Escobar.

The participants were students from different careers of the venue, officials and officials of URACCAN, who were attentive to the 9 presentations they contribute to the knowledge and wisdoms of the peoples of the Autonomous Regions of the Caribbean Coast of Nicaragua "is a workspace to share with the entire university community", said the teacher Rosa Palacios.