Skip to main content
IREMADES-URACCAN presents research on "The Danto in RACCS: Advances and Challenges in Its Conservation" 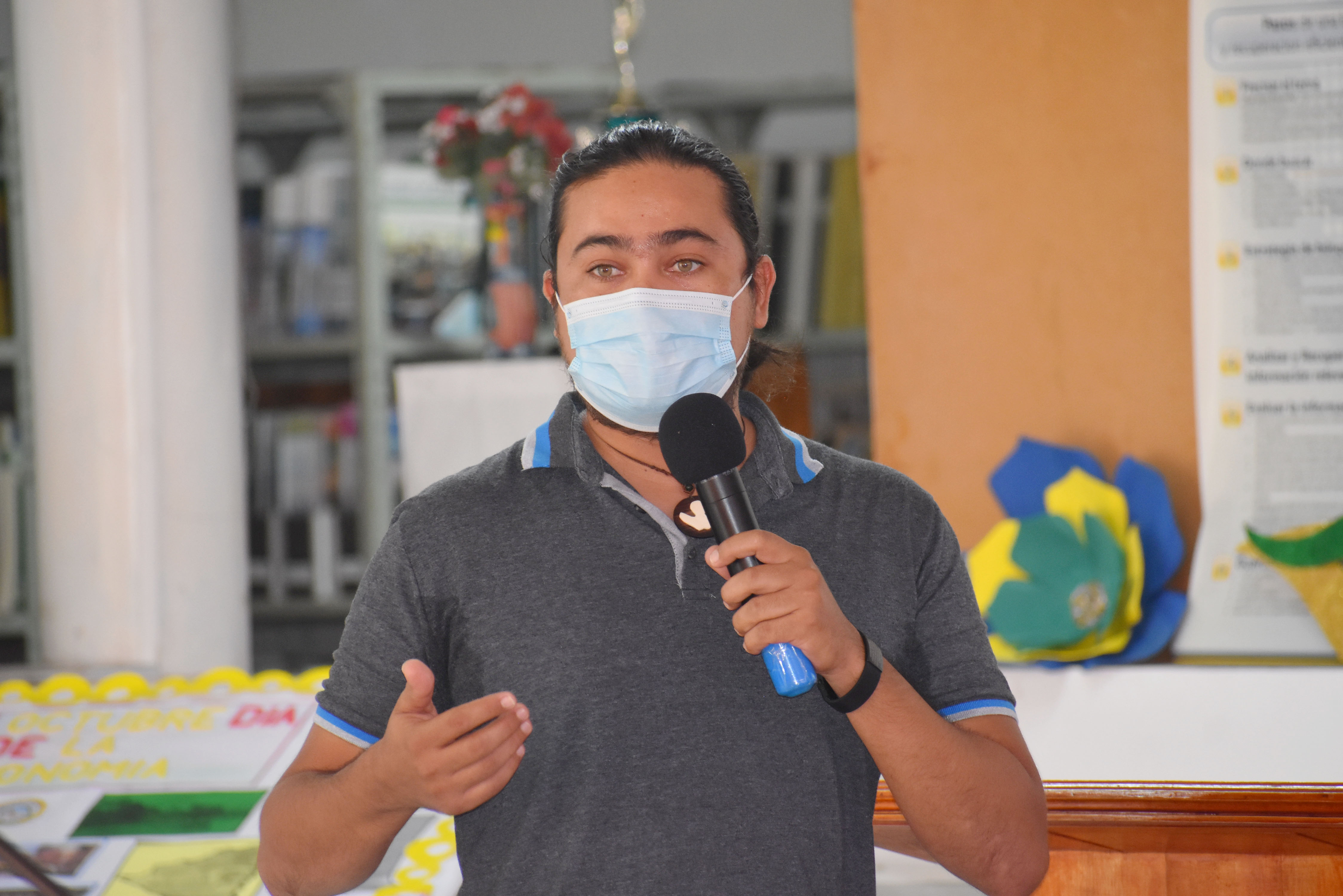 Engineer Dans said that since 2008 studies are being done on this important mammal for forest regeneration.

The Institute of Natural Resources, Environment and Sustainable Development (IREMADES), of URACCAN, also participated in the Sam Pitts Scientific Day, through the exhibition of Ing. Armando Dans, field coordinator of the Tapir Nicaragua Project, who shared the theme: "The Danto in RACCS: Advances and Challenges in Its Conservation".The engineer explained, initially, that the Tapir Nicaragua Project is a research and preservation initiative for dantos, in our case of the Central American Tapir, which inhabits the neotropical forests of the South Caribbean.

I also continue to explain that, "among the generalities of the danto, it is known as the 'forest gardener', being a herbivorous species that inhabits mainly the lower areas of our country, is distributed from southern Mexico to northern Colombia, mainly on the Caribbean side, and can be found in the Pacific of Costa Rica and Panama".

"Their diet consists of leaves, bark, fruits, stems and roots and, by the way they move in forests, helps them regenerate, so they are known as the 'gardeners or architects of forests'," the expert specified.

The engineer explained that "the species is located in areas where forests are being fragmented and that is one of the reasons why it is endangered".

According to the specialist, the national danto population is considered to be between 500 and 600 individuals in wildlife, which is worrying. For of all dant species in the world, which are four recognized so far, most are endangered, including the Central American danto.

"One interesting thing about the species is that it has remained the same way it is now since the last 38 million years, so it is also recognized as a 'living fossil'," Dans said.

Dans argued that, thanks to an initiative that existed with Michigan State University, in agreement with URACCAN, they were doing studies in 2008 through 2015 on terrestrial biodiversity that exists on the Caribbean Coast. Thanks to these studies and research we saw the need to conserve this species.

On conservation, the IREMADES technician reported, "we have a regional tapir conservation strategy; an interinstitutional commission was set up with the Regional Council where there are no actions to preserve the dantos, including research, governance, conservation and preservation, management and environmental education."

"In addition, we have an action plan that was created with the Rama Kriol communities of Indio Maíz, in which there are also a number of actions that are being developed in this reserve and protection actions have been supported, in addition we support the program of community rangers in Indio Maíz," Dans said.

Regarding the territory of Awaltara, Dans reported that, like IREMADES, "we develop workshops with leaders, training territorial rangers and there is currently an area that has just been declared as a reserve and represents 60% of the territory to conserve endangered species."

Similarly, "our project is making collaborations through the Mesoamerican Alliance for Tapir Survival," the researcher said.

Finally, Dans emphasized that the biggest challenges that exist to protect and conserve this mammal are mainly the invasion of areas and territories, deforestation and the impact of hurricanes.
Tags
URACCAN Bluefields
Sam Pitts
Proyecto Tapir
IREMADES
Publicado:
2020-11-13
Escrito por
Josselyn Flores
Previous
Next
sfy39587stp16