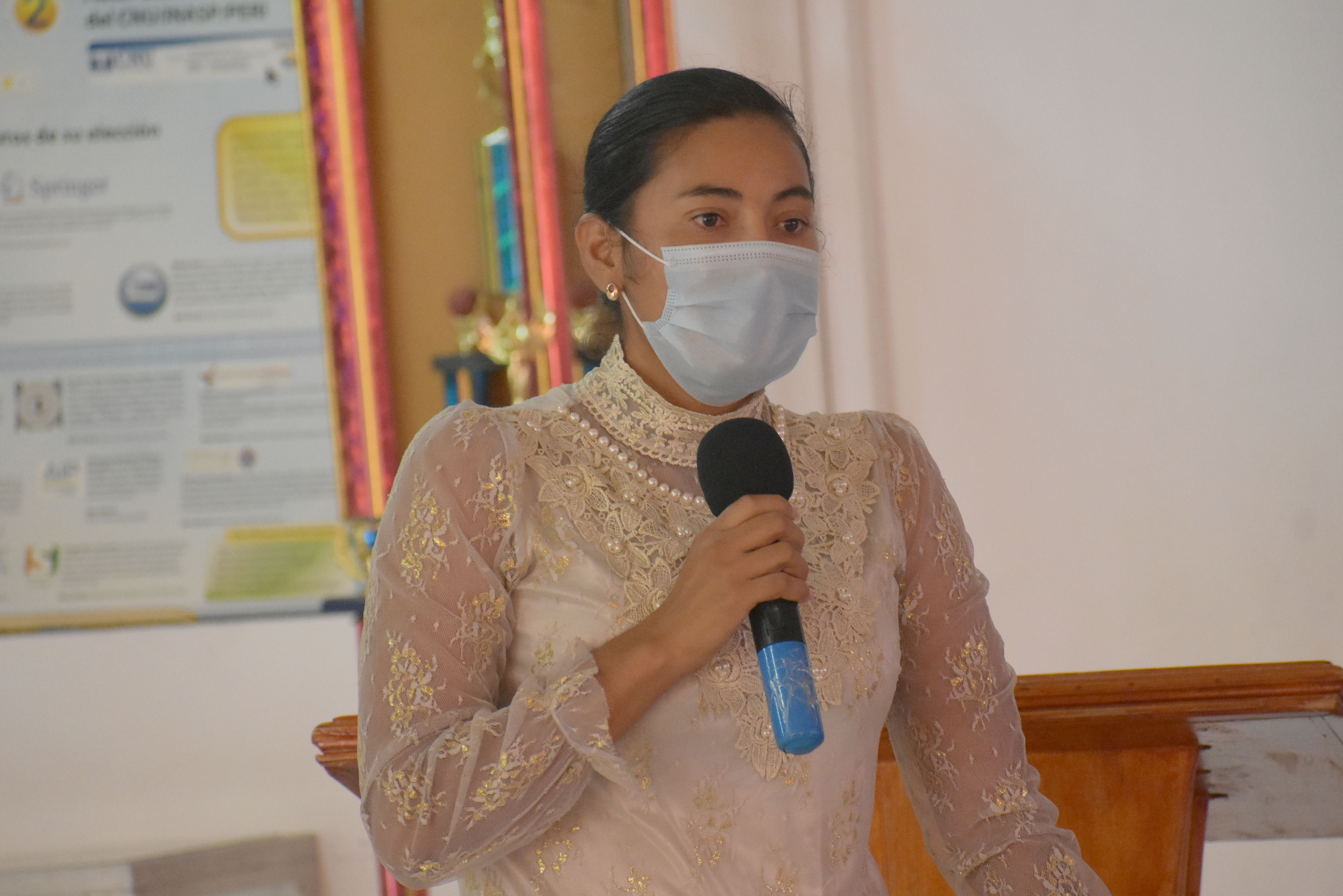 The coordinator of Education Sciences and Languages of the Bluefields campus, teacher Marbella Jirón.

With the theme "The Identity of the Mestizo Costeño", the teacher Marbella Jirón, coordinator of Education Sciences and Languages of the Bluefields venue, developed the third presentation of the academic-scientific event in memory of the Miskito hero Sam Pitts. The teacher's study includes transcendent elements such as culture and identity, bilingual and multilingual intercultural education, intercultural and multicultural societies, as well as myths and legends of peoples.

According to the exhibitor, culture and identity start from the appropriation of one ethnic group based on being able to recognize the other as different but also recognize the cultural values themselves to share with others.

In this sense, research delves into the education of the Caribbean Coast, which has the regional regional system, in response, Jirón refers, "we have a different education, where we all have the same opportunities, in addition to recognizing that there is diversity we have equal dialogues that lead us to accept and respect each other".

Continuing the theme, the teacher shared the origin of the arrival of the half-breeds in the territory, emphasizing the complexity of establishing accurate historical data, as there are few documents that can be deeply evidenced about their origin on the Caribbean Coast.

"However, there is a story that is not in books, that we do not find on the web, an oral story that our grandparents, grandmothers, leaders and leaders can tell us. But what did they tell me? That the half-breeds arrived in Bluefields around the 19th century and began to populate the Nicaraguan Caribbean Coast later, in 1894. When the reinstatement of the Mosquitia took place, the arrival of the half-breeds in the city increased, after this the rubber labor was needed, from 1860 to 1890, this gave way to more half-breeds from the rest of the country reaching the Caribbean Coast," says the teacher.

In 1880, with banana production, "I was told that in the city of El Rama there was the banana company Cout, in which not a single tax was paid, then it was seen as a production that generated a lot of income, which was striking for the population of the rest of the country, and thus migrate to the Caribbean Coast".

According to the authors cited by the teacher, identity is born of the appropriation of history and is not static, but one evolves in relation to the other.

The teacher continued to emphasize some feelings of the people of the mixed-race people, some of the expressions presented highlight the pride of the half-breeds and half-breeds costly for belonging to a region rich in culture.

"If we are half-breeds, but not just any half-breed, we are mixed-race and half-breed because we have that part of other cultures, we are rich in knowledge," says one of the researchers.

At the end of her presentation, the teacher quoted a phrase from Gelves (2011): "No one loves her homeland for being the greatest, the richest or the most advanced, but because it is hers."

"I consider that to be the half-breed and half-breed, we love each other because in addition to being born here, which is our land, we live with our brothers and sisters," the civil service company concluded.