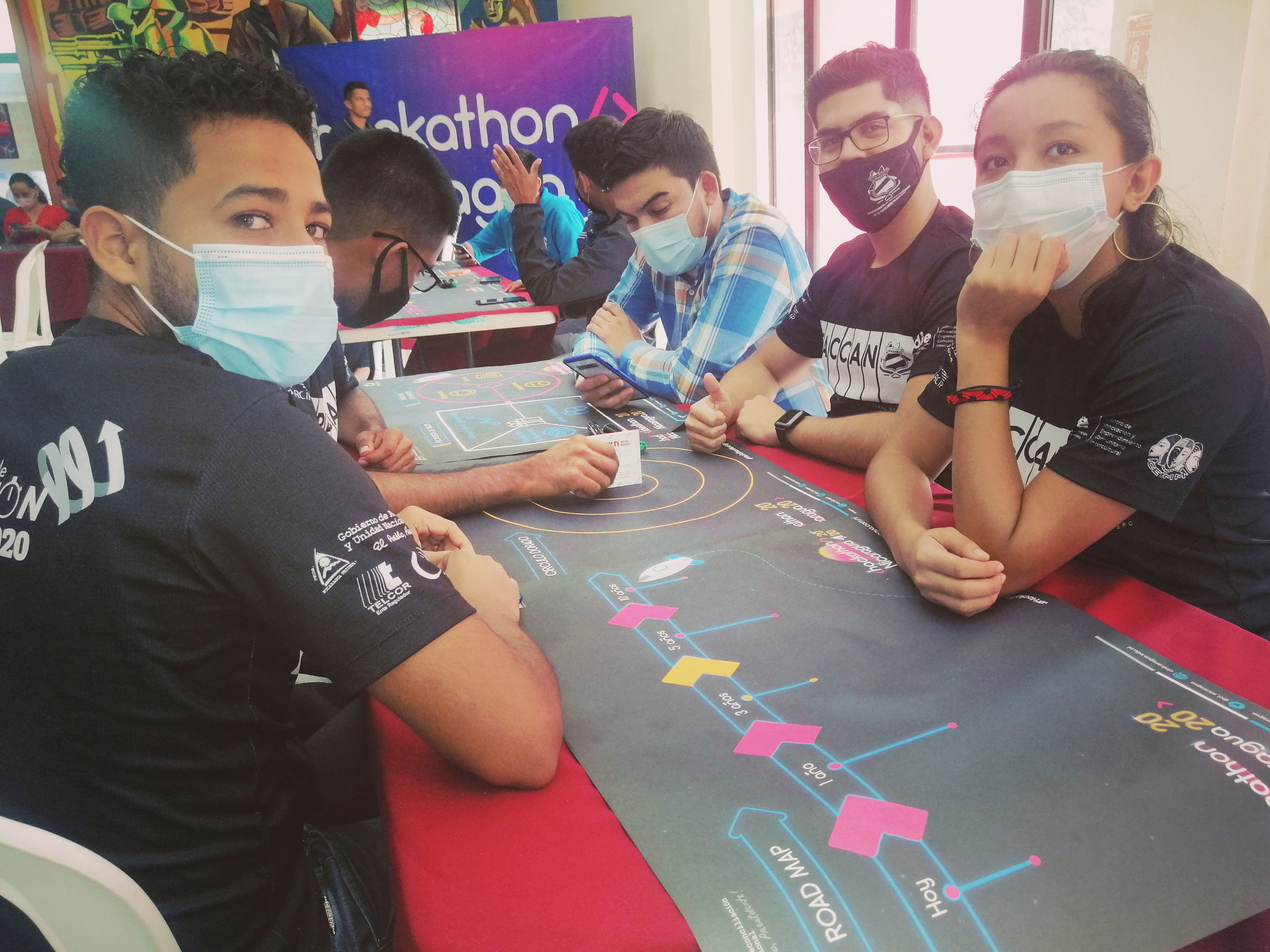 Of the two URACCAN teams, one participates in the "Aficionado" category and the other in "Starups".

Promoting a culture of innovation and entrepreneurship

URACCAN, from its Campus in New Guinea, after participating in Ideathones Nicaragua 2020, has been convened with two teams of 5 students each, from the Engineering in Systems and Computer Science careers at Hackathon Nicaragua 2020. The participating teams correspond to URATECH and URAHEK, who will compete nationally with 50 other delegations that have been selected from among 97 who competed at the regional level.

The young students have had the support of the authorities of this each of studies and the direct accompaniment of the teacher Yanci Moraga, coordinator of Educational Technology, and the engineer Hollman Rojas, coordinator of Innovation and Entrepreneurship of the university campus.

This is the fourth edition of the country's largest technology festival, Hackathon Nicaragua 2020, and will be the first time URACCAN will have participated, which is relevant not only at the university level, but also on the Caribbean Coast.

For engineer Hollman Rojas Castillo, "as URACCAN venue New Guinea is a new experience, hackathon is a national competition that brings together the best computer science and systems engineering students in the country, that the two URACCAN teams participate and represent the university nationally is something important."

Rojas Castillo further stated that "Young people are excited and prepared for competition, which is important, because it urges them to awaken creativity more."

URACCAN teams managed to rank in two categories, one in amateur category, and the other in the category "Startups", who have previously been in training and practice of their App (applications).

For its part, Moraga argues that, to have a consolidated team, one of the first actions was to identify the skills of each participant, since they have all somehow been in their classrooms. "The student was selected according to their skills and knowledge, who have already been acquiring different skills in the classes and who can work as a team, they have enrolled in the category of amateurs," she explained.

What the Apps are all about

One of the app proposed by young people is to make tourism, but that this includes small and medium-sized businesses and incorporating the English and Spanish language. The second project consists of a web application, to carry out vocational tests of fifth-year high school students and that induces them, according to the results, on which university offers their related careers and the modality of study. The latter participates in the category "Startups".

Hackathon Nicaragua 2020 has been a niche, a hotbed of technologically based ventures and highly anticipated by the entire technological community, throughout the innovation ecosystem in Nicaragua.