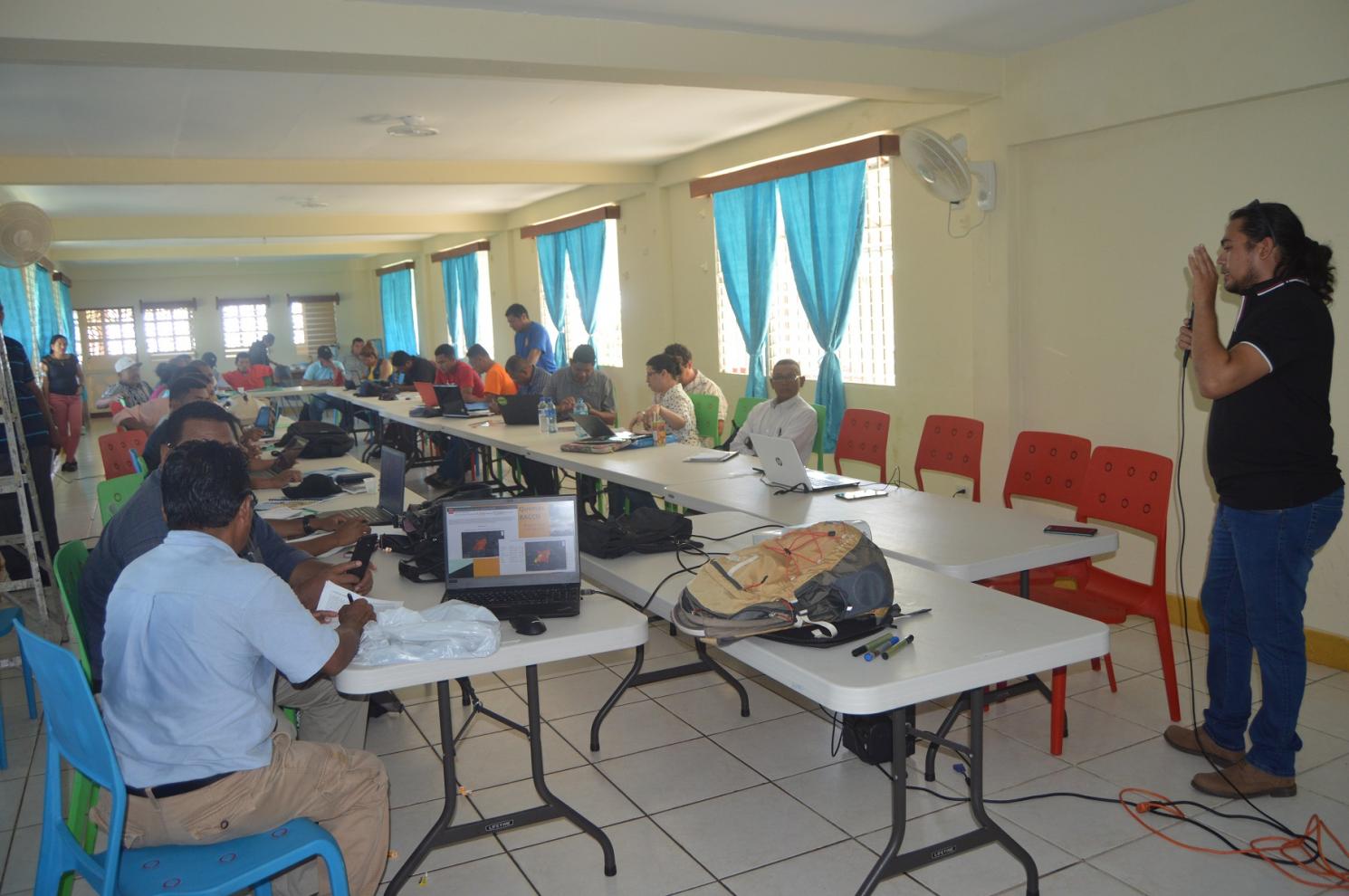 The University of the Autonomous Regions of the Nicaraguan Caribbean Coast (URACCAN) through the Institute of Natural Resources, Environment and Sustainable Development (IREMADES) of the Bluefields and Bilwi campus train leaders from 18 indigenous Mayangna and miskitus territories in the Northern Caribbean of Nicaragua on methodologies for forest monitoring, delivery of the legal manual on livestock and forest fires , among other topics.

This activity was carried out with the support of the Central American University (UCA), under the funding of the Wildlife Conservation Organization who coordinate the Tapir Project in conjunction with URACCAN in the Southern Caribbean Region of Nicaragua.

About the legal manual

According to the master's degree Xiomara Treminio, coordinator of IREMADES at the Bluefields university campus, these trainings are being carried out within the framework of the Tapir conservation project that is being carried out in the Rama Creole area in Bluefields, "it is very important for us that people take ownership of the legal part, because this is how it is known if there is an infringement and how they can resolve , what are the legal procedures for making the complaint," he explained.

Treminio, explained that the manual is aimed at the topics related to legal methods related to livestock and forest fires, "the manual is in popular version to be understandable by them", where it covers all the procedures that must be performed at the time of committing an environmental crime, the laws that cover it and what are the means that leaders must use when detecting a crime , the coordinator of IREMADES said.

In the same activity, leaders of the 18 indigenous territories of the northern Caribbean Autonomous Region of the country are also being trained on the use of the Space Reporting and Monitoring Tool (SMART), which will be of great use to communities because this will enable the emergency to be addressed immediately because it is designed to improve efforts against poaching and effectiveness in law enforcement within conservation areas and management areas is detailed in the document given to participants.

According to Treminio this tool will also serve to detect any fires in the territories, "we can identify if there is a fire conato, if there is a fire at the time it is being made and it does not necessarily need to have access to the internet and it is also free, so we realize and we can map where we have a fire and act quickly" , detailed the master's degree.

It should be mentioned that the participants in this training were enthusiastic about the new tools they are being provided from the university to strengthen the development of their territories, in view of this, the leader Denis Benítez Blandón, representative of the indigenous territory Mayangna Sauni Arungka of the municipality of Bonanza said that this workshop is very important because, "the themes that are being addressed are the realities that are being lived in the indigenous peoples of the region and we want to apply it" The leader said.

Benitez also assured that crime is sometimes commented on or missed, "for lack of knowledge that we cannot continue working in communities and through this workshop they give us more tools, knowledge to continue to struggle with the challenges of each territory," said the Mayangna leader.

For her part, Elobina Willard, secretary of the board of directors of the Miskitu indigenous territory of Táwira, opined that after leaving this activity, information will be replicated with the communities, "I find it very interesting because in my territory we have serious problems with the affairs of third parties, and large companies with the problem in the keys, but with this workshop we are learning how to solve them" Emphasized.

Coordinations with the UCA

URACCAN through IREMADES continues to carry to the territories the message of conservation and protection of tapir or Danto in the communities of the Southern Caribbean of Nicaragua, that is why they have formed strategic alliances that contribute to distribute the messages of the legal part that citizens who commit environmental crimes would face, in this case, the Central American University (UCA) has joined this great challenge.

In this regard, Marvin Torres, researcher and teacher of the UCA stated that URACCAN invited them, "to see the legal process, of the legal manual on livestock, the loss of land on the Caribbean Coast mainly, and the use of the geographic information system which helps to have greater capacities within what is the education system in Nicaragua" Torres said.