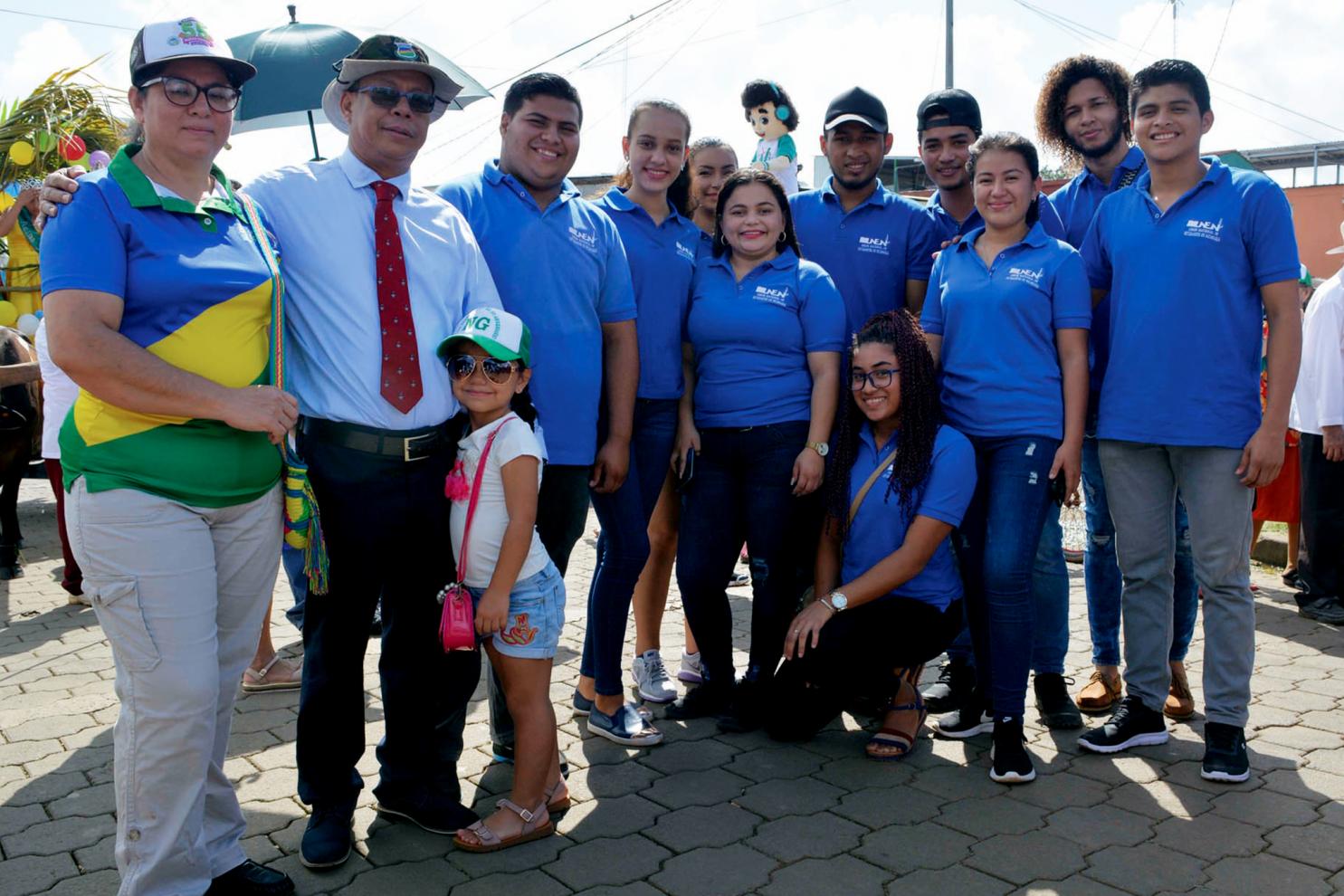 URACCAN, contributing to educational development and growth, for and from the Peoples

Authorities, teaching and students from URACCAN, New Guinea, come together to celebrate one more year anniversary of this southern Caribbean municipality, which through a parade with the population recalls its beginnings. Popular activity was also attended by female and male founders, local authorities, schools and other state organizations.

Making history, the city known today as New Guinea, was founded on March 5, 1965 by peasant workers from the north and center of the country. The word pioneer is synonymous with recognizing the scouting column action of 17 people, 15 men and 2 women. On March 5, those first 17 people came, followed by many working-class families.

They all lived as one family, on a self-built ranch on the banks of the then beautiful jump of the Zapote River, and worked together in the same way to do all the works they had to do in the community. The activities were fishing, hunting, transporting basic food, clothing, measuring and building the community.

The PhD eugenio López Mairena, vice-chancellor of recito, but also writer of one of the books that refers to the foundation of New Guinea states that "to celebrate this date as citizens inhabitants of New Guinea is to relive the story of struggle, of joy, of dreams of women and men that many are now not, but this is the fruit of their harvest and it is this people that celebrates what was once called Luz in the Jungle and today it's New Guinea," he said.

Meanwhile the teacher Claribel Castillo mayor of the municipality said that "this date is important to celebrate because it is remembered the first 17 families that rained to give rise to what was first called colony and then has been advancing and 55 years we see that it is a prosperous"said.

URACCAN, is the first university founded in the municipality, in 1997, at the request of parents who needed their children to be professionalized in their territory. Today much of the development of this young municipality is thanks to those men and women who from their professions have contributed with honest work, to become the municipality called "barn of Nicaragua".